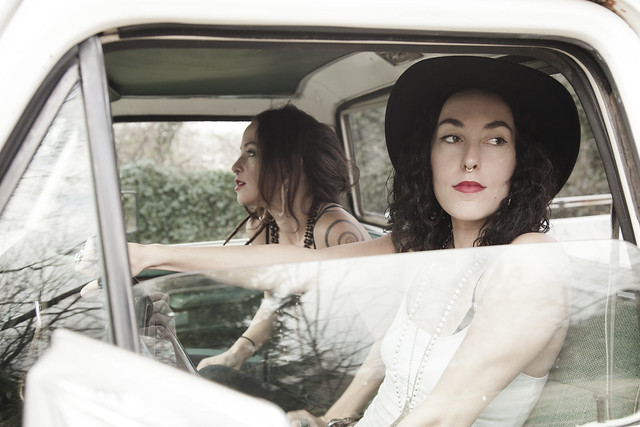 Rising Appalachia, the folk band lead by sisters Chloe Smith and Leah Song, recently released “Resilient,” an uplifting song for today. The band performs that song and others at 9:30 Club on Friday, May 25.

“I needed to hear those very words myself… to remind me to be my highest self in the face of chaos and adversity, and to use my platform to encourage others to do the same,” said Chloe of the new song’s lyrics. “Honestly, with so much animosity in the country, it was challenging to muster up the energy for the public every night on stage. There was a deeper need to internalize and be more private, to sit with the bones of our work and re-envision what we would be doing in the years to come.”

Chloe said the band was inspired after spending a few days at Standing Rock after the protests there. “Honor was not broken despite the pipeline going through. The whole world witnessed the resilient power of that movement, we too remembered our place in the turning of the tides,” she said.

Added Leah, “After everything that has happened in these past couple of years, and is still happening, we need to remember that we the people are resilient, and can become more so. To live with hope in a time where apathy is rampant — even excessive — in a great act of resistance. What we choose to bring into our focus in this life will greatly affect our very own reality let alone the world around us.”

After their eponymous release in 2006, the Chloe and Leah moved to New Orleans. The band grew to include musicians David Brown on upright bass and baritone guitar and Biko Casini on world percussion. Rising Appalachia released Wider Circles, their latest studio album, in 2016.