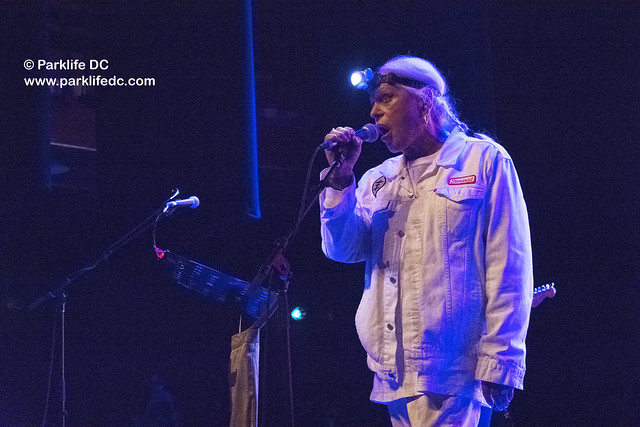 Genesis P-Orridge fronts Psychic TV at The Carolina Theatre in Durham, North Carolina, during Moogfest on May 19, 2018.

Genesis P-Orridge is rather a lovely human being.

Not knowing what to expect upon my first experience seeing Psychic TV in concert, I was unprepared for a straight-forward psychedelic romp led by the gender-defying musician, who was quite warm and grounded at The Carolina Theatre in Durham, North Carolina, last week.

Performing on May 19 for Moogfest 2018, Psychic TV distilled its sound-meets-video maxim into a neat hour of jamming behind Genesis’ welcoming intonations. The band opened the show with a cover of “How Does It Feel to Feel” by The Creation — a mid-’60s pyschedelic tune so on the nose that you might trace the very creation of Psychic TV to that one song alone in the experience of the band during Moogfest.

“Turn to the person on your right. Even if you don’t know them, give them a hug,” Genesis said. After a pause, the Mancunian singer added, “Now, the world is a little better.”

Genesis wasn’t so concerned that the very full house at The Carolina Theatre get the “very best songs of Psychic TV.” Rather, Genesis was more concerned with imparting sensations to the audience. Genesis wanted people to leave the show having undergone a positive experience.

“We have 1,500 songs on BMI,” Genesis said partly by way of apology if Psychic TV didn’t play *your* Psychic TV song. ” I don’t remember writing many of them. Here’s one from about 20 years ago. It’s a love song. Love is the one thing that is consistent.”

After that intro, Psychic TV performed “We Kiss,” which actually hailed from 1984’s Pagan Day. It can be hard to keep track when Psychic TV’s first album, Force the Hand of Chance, dropped in 1982, and its latest, Alienist, in 2016. Along the way, there was a prolific collection of multiple albums per year except when Psychic TV took a break after 1996 to resume in 2007.

Again, Psychic TV isn’t about a practical accounting of how many albums but rather the atmosphere and ambience of engaging the music right now. And that was more than fine for the enthusiasts at Moogfest.

Psychic TV closed their show with “After You’re Dead, She Said,” which appeared on the band’s 2014 album, Snakes. After cooing the refrain, Genesis stretched the song into feelgood mottos like “It’s very simple, remember your dreams.” And for a moment, it was very simple. As Genesis said, the world was a little better.

Here are a few pictures of Psychic TV performing at The Carolina Theatre for Moogfest on May 19, 2018. 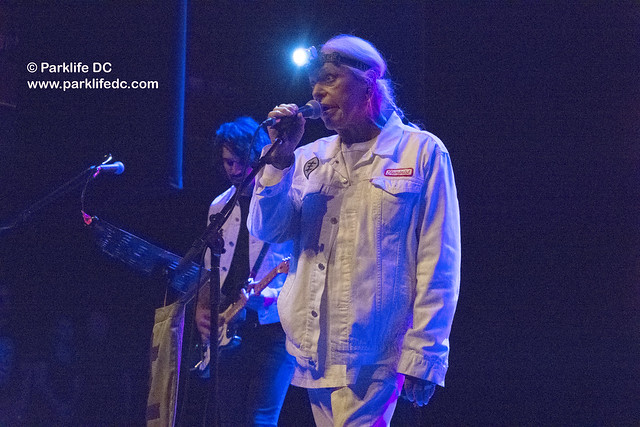 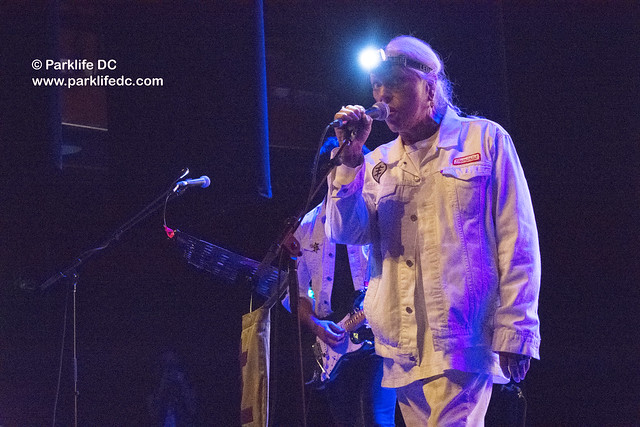 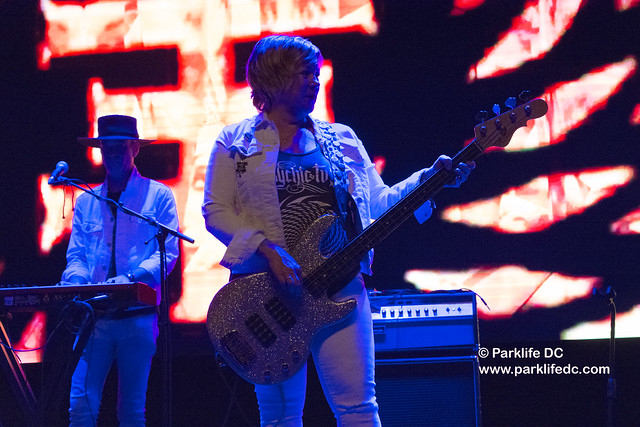 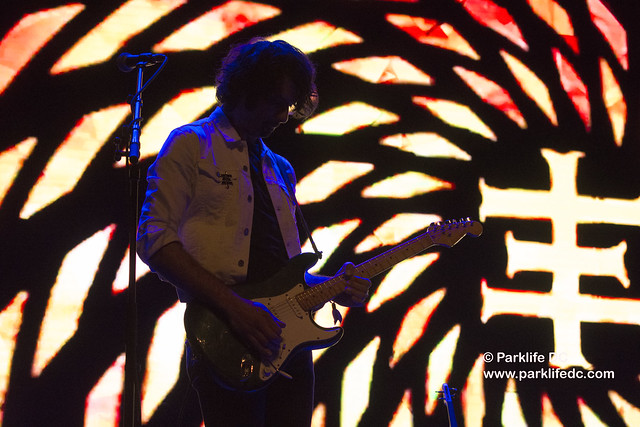 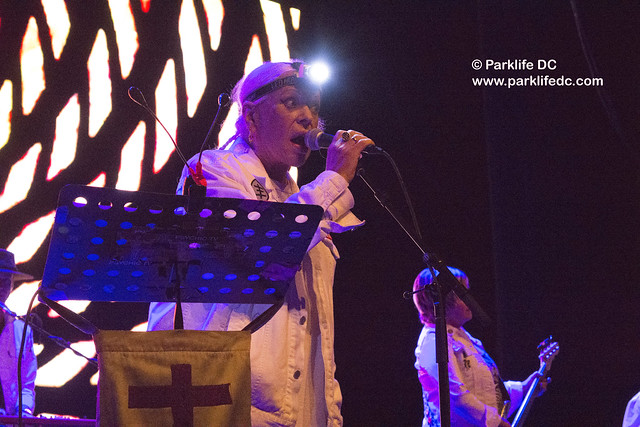 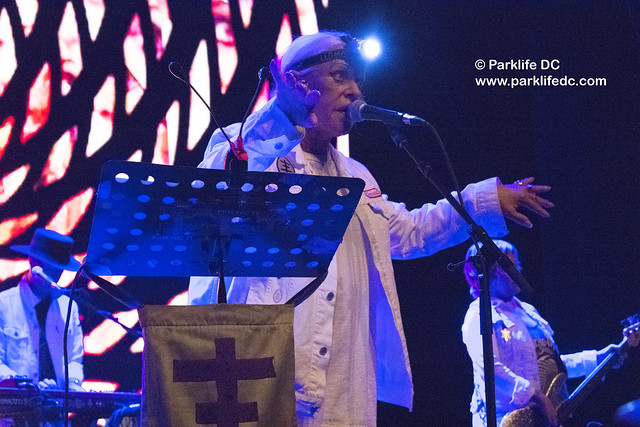