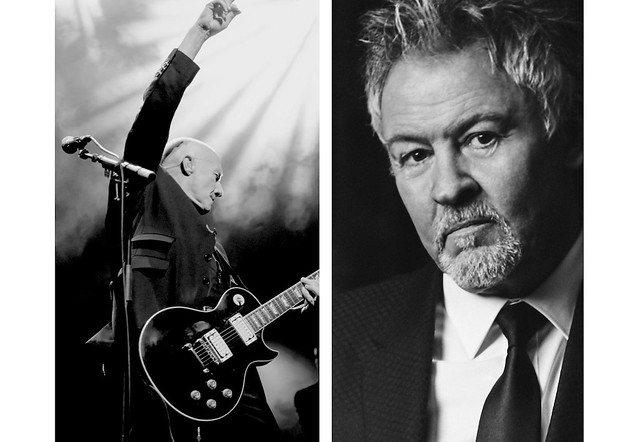 Since returning to the United States several years ago for his first tour here in decades, Midge has visited Bethesda Blues several times now on tour. On June 8, Midge will release Orchestrated, his latest project via BMG, in the United States. Orchestrated features orchestral versions of his well-known solo hits as well as some favorite selections from Ultravox, including “If I Was,” “Fragile,” “Dancing with Tears in My Eyes,” “Vienna,” and “Reap the Wild Wind.” Midge will perform some of those songs with his touring band at Bethesda Blues!

Paul Young will perform songs from his chart-topping catalogue spanning four decades, including the hits “Come Back and Stay,” “Every Time You Go Away,” and “What Becomes of the Broken Hearted” as well as tracks from his latest album Good Times, released in 2016.

Watch the official music video for “If I Was” by Midge Ure on YouTube:

Parklife DC is giving away a pair of tickets to see Midge Ure and Paul Young at Bethesda Blues. To win, simply leave a comment on this blog. You can leave any comment, but we would like to know your favorite song by Midge Ure or Paul Young.

Comments will be closed at noon on Thursday, and a winner will be randomly selected. The winner will be notified by email. The winner must respond to our email within 24 hours, or they will forfeit their tickets and we will pick another winner. We will email you instructions on claiming your ticket. Good luck!