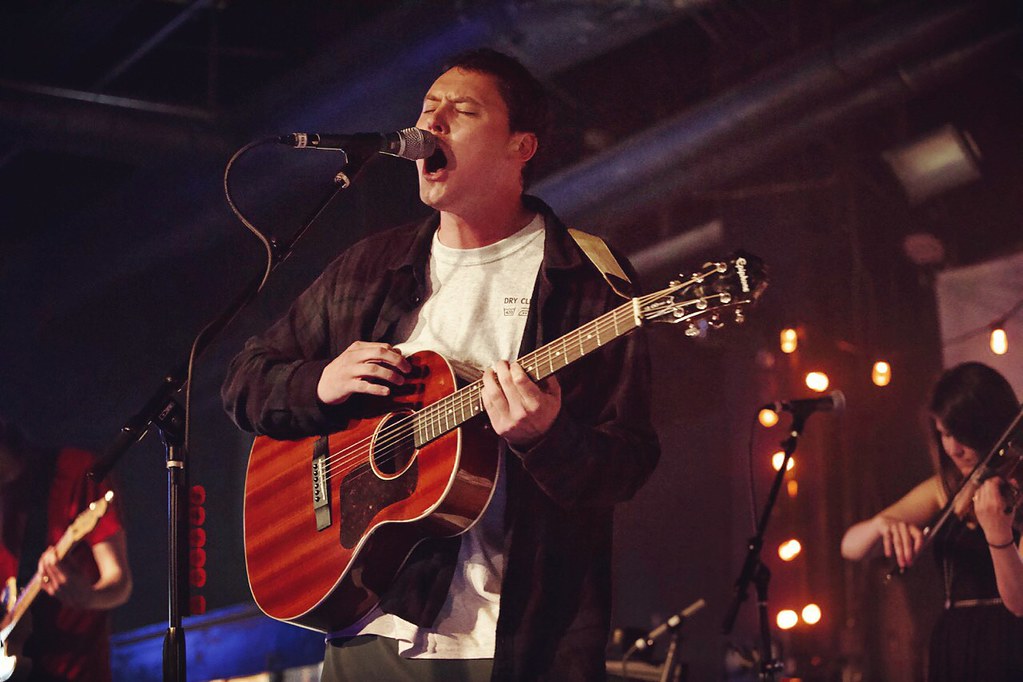 The Front Bottoms perform at Baltimore Soundstage on May 23, 2018. (Photo by Shantel Mitchell Breen)

The Front Bottoms returned to the area performing a two-part set that included three of their releases played in their entirety. When I arrived at Baltimore Soundstage this past Wednesday for The Front Bottoms show, the line was wrapped around the building.  Fans formed a line at least three hours before doors so they would be front and center for this performance!  There is no denying that The Front Bottoms have a solid fanbase.

Starting with their “Grandmother EPs” – Rose and Ann, The Front Bottoms performed on a stage resembling a living room.  Simple lighting coming from lamps and strings of lights set the mood. Adding to the mood, lighting, a sofa with blankets, and childhood pictures adorned the stage, creating a sense of intimacy.  Lead singer Brian Sella performed in socks and track shorts, and the additional performers in the band would sit on the sofa while he performed acoustic versions of several songs such as “Jim Bogart.” 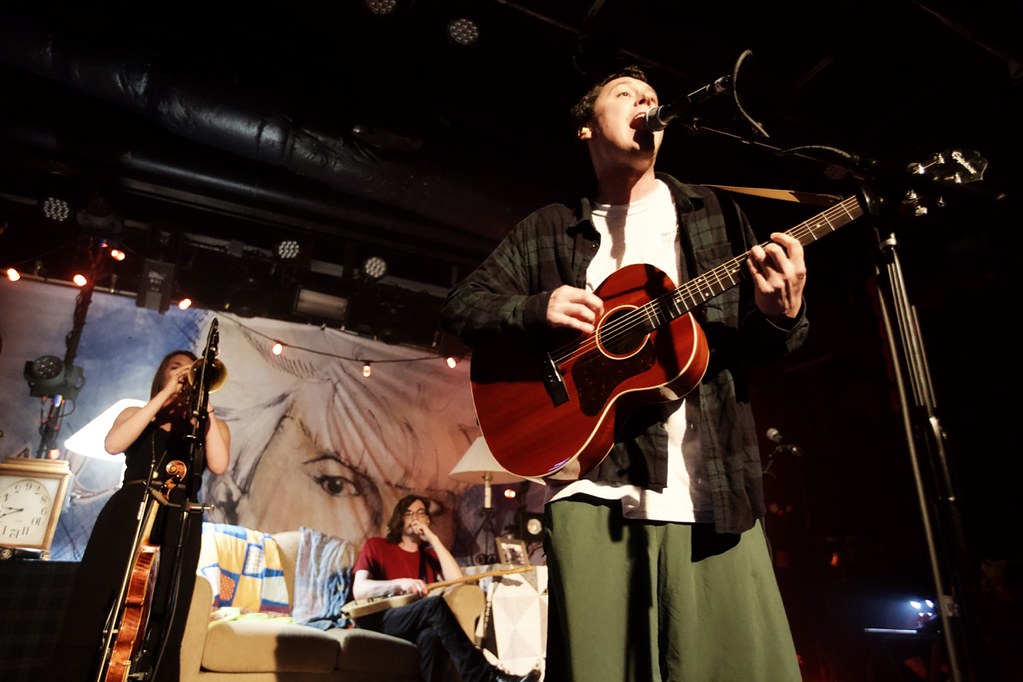 After finishing Rose, the backdrop to the stage fell and was replaced with the cover of their most recent EP, Ann.  This EP consists of mostly previously recorded songs from earlier parts of their discography (2008’s Brothers Can’t Be Friends EP and I Hate My Friends as well as 2009’s My Grandma vs. Pneumonia), which explained the enthusiasm of their fans throughout this part of the set.  One song on this EP, “Tie Dye Dragon,” is a new release, and Brian announced to the crowd, “This song is about doing LSD with your grandmother.”  He then took time to do a shout out to all the friends and family of the band who were in attendance at this show. 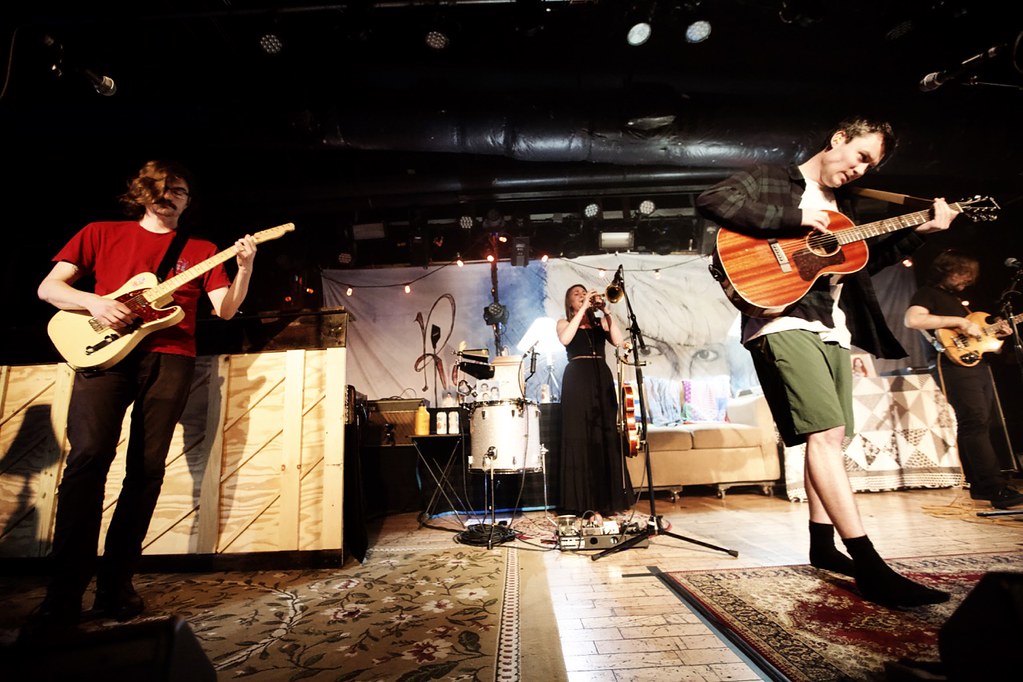 Following the performance of the “Grandmother EPs,” The Front Bottoms exited the stage. During a short intermission, the living room props were removed, and the band returned to dramatic lights. Brian traded his track shorts and socks for a glittery jacket as they broke into “You Used To Say (Holy Fuck),” the opening song of album Going Grey.  The mood transformed instantly from an intimate living room session to a full-blown rock show as the crowd literally came alive!  Singing along to every single word, the audience interacted with The Front Bottoms as they continued through the entire Going Grey album. 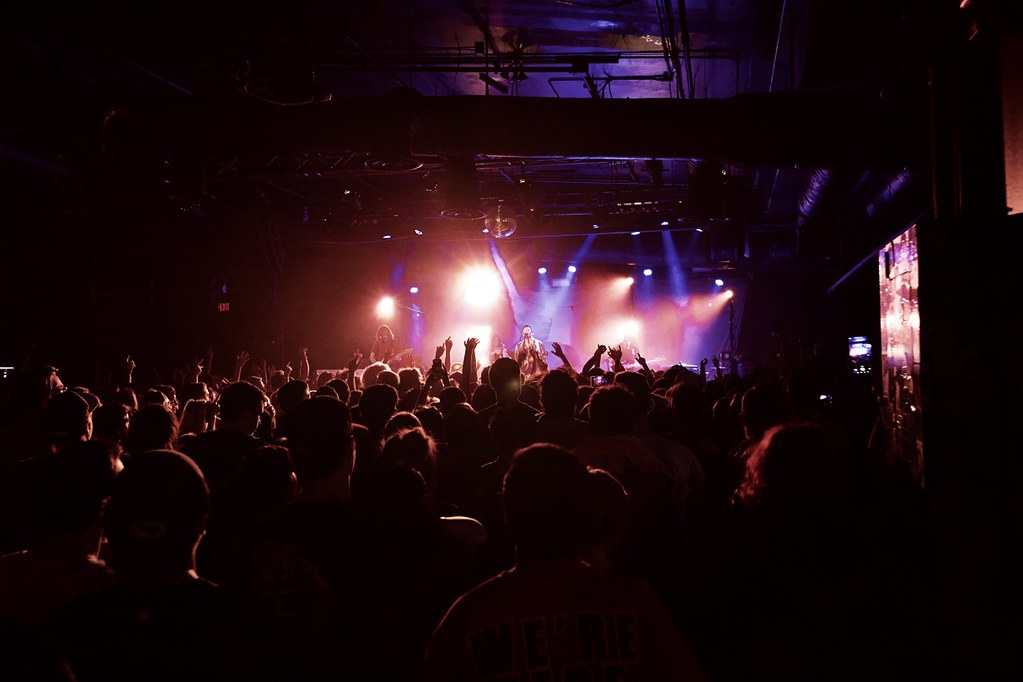 This is the second time in six months that I have had the pleasure of seeing The Front Bottoms perform, and both times I walked away amazed.  This band really knows their audience, and they consistently deliver high-energy performances!  If you are not acquainted with this band, you should be!

An Horse from Australia, opened the evening and provided a dynamic two-piece performance to get the night going!

Here are some photos of An Horse and The Front Bottoms performing at The Baltimore Soundstage on May 23, 2018.  All photos copyright and courtesy of Shantel Mitchell Breen 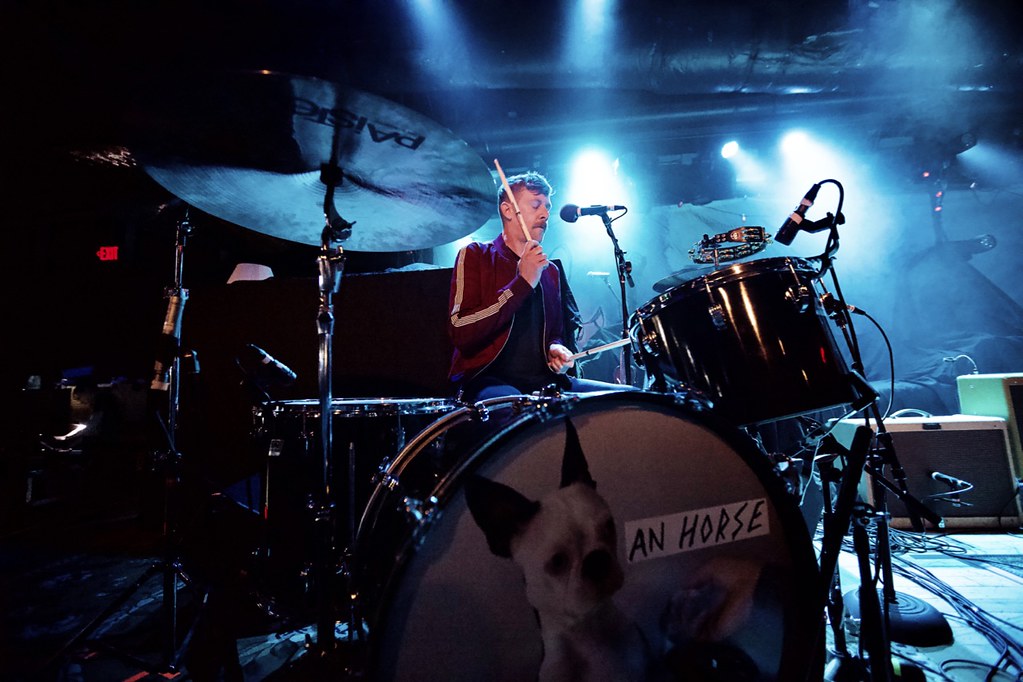 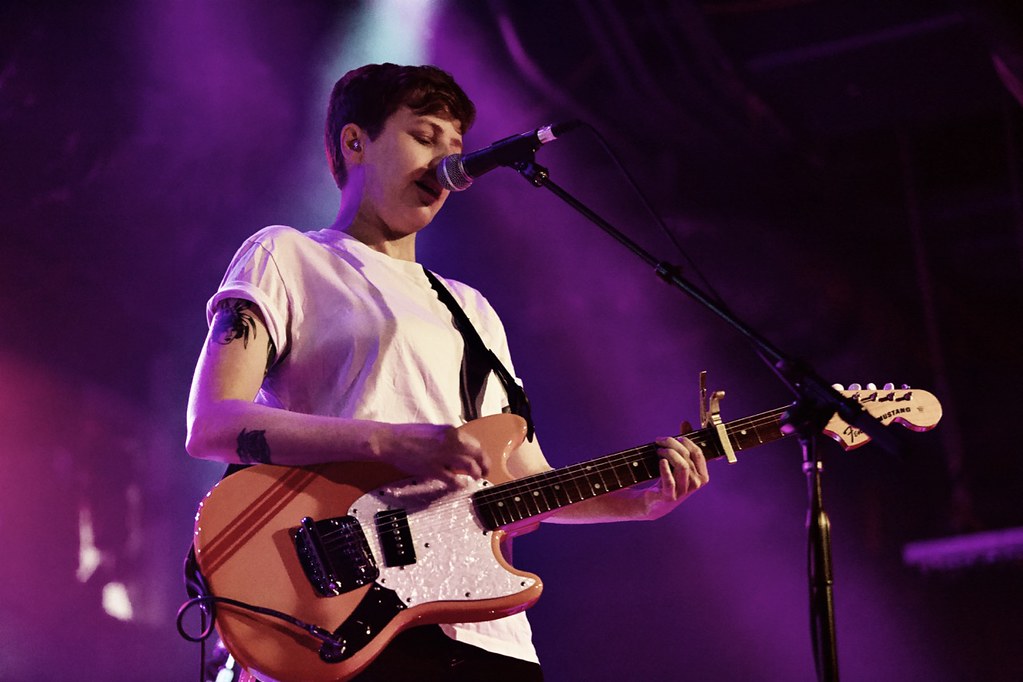 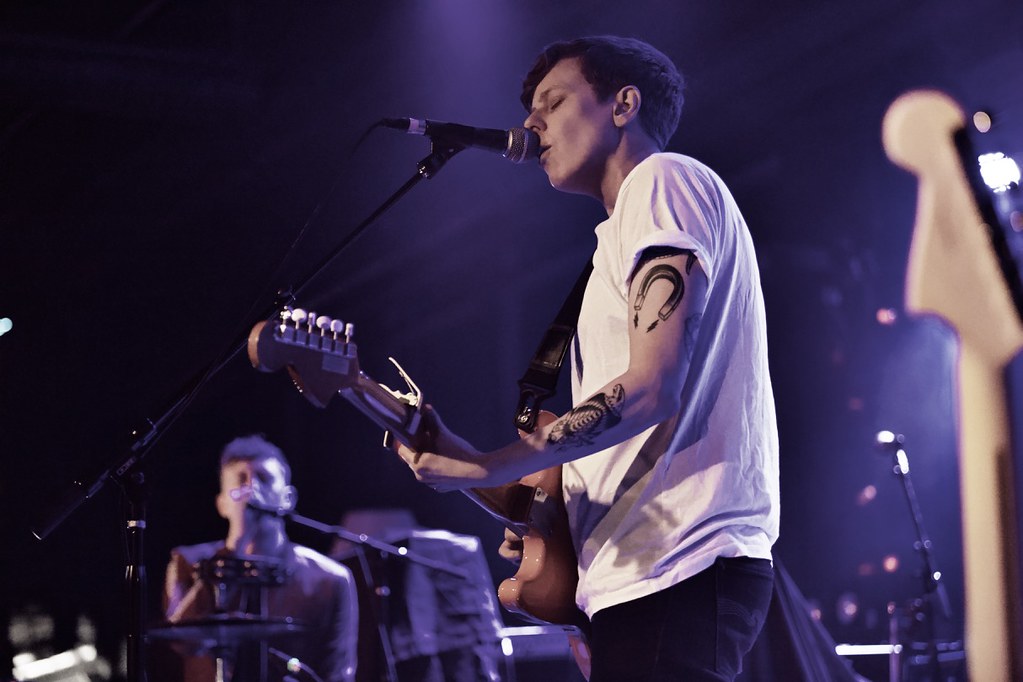 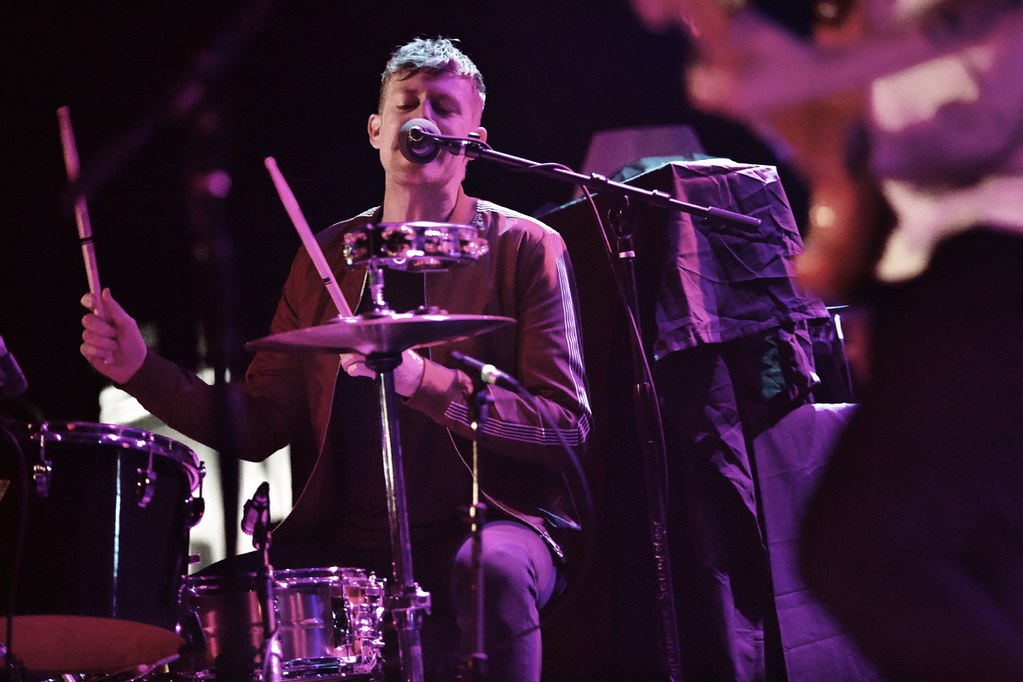 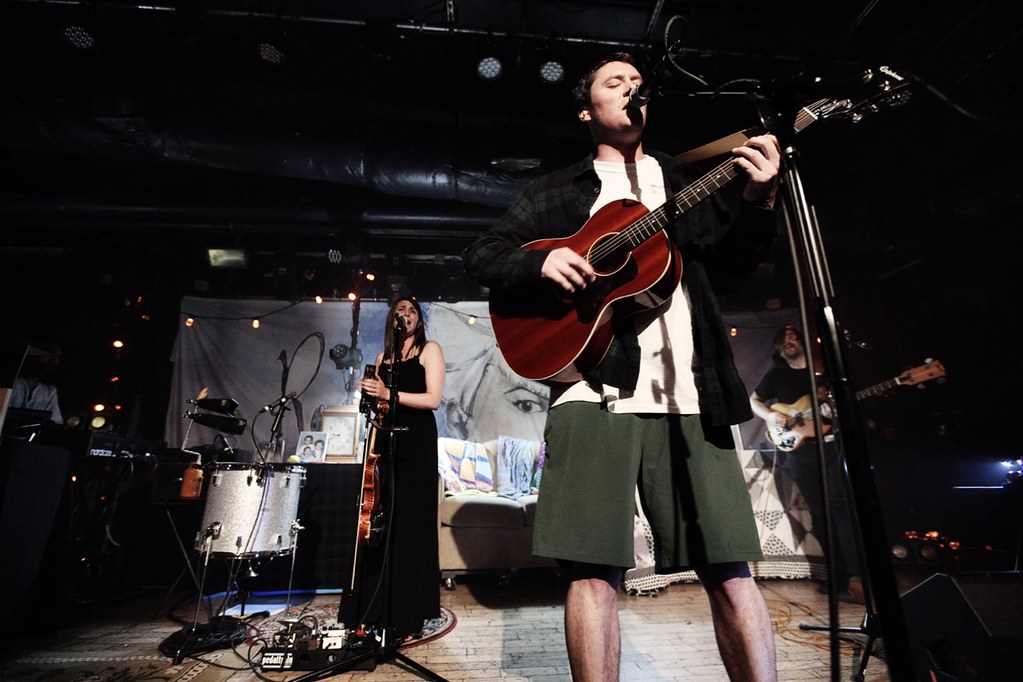 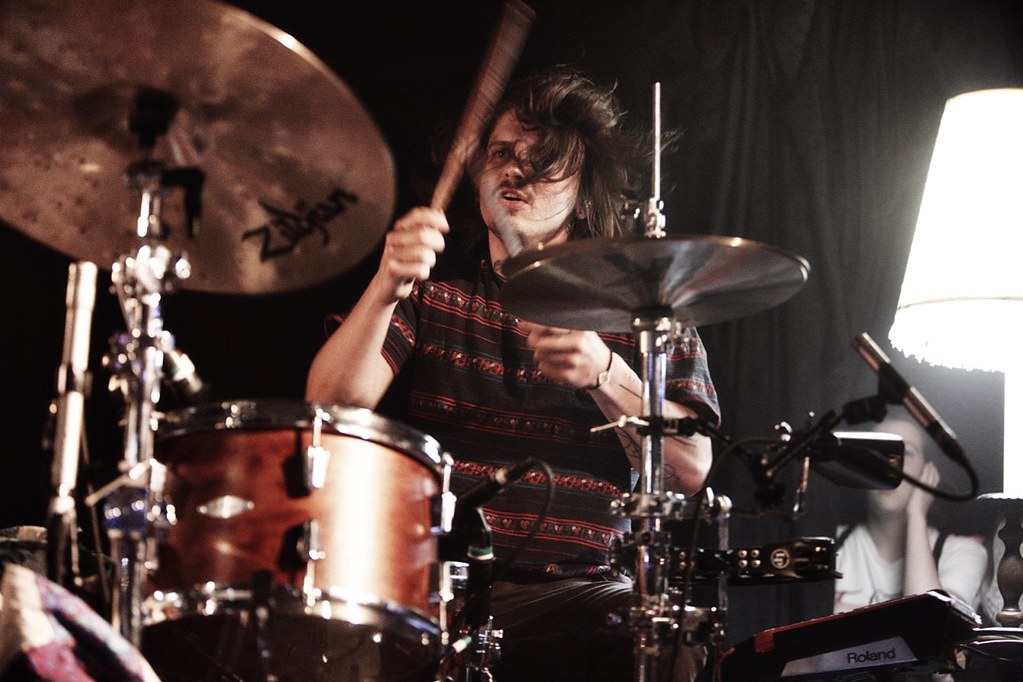 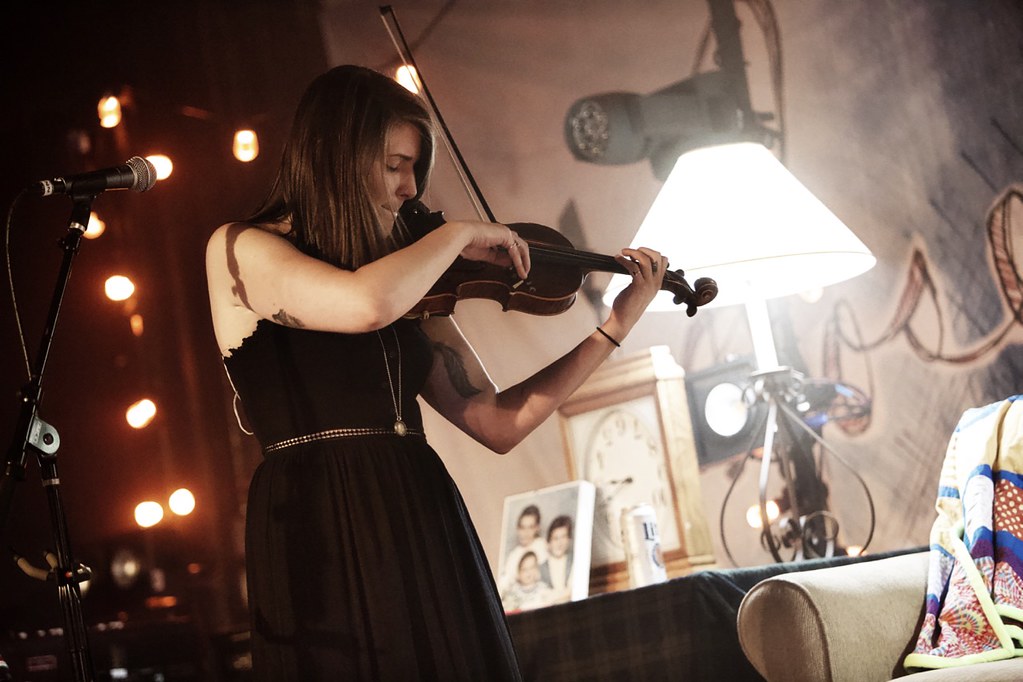 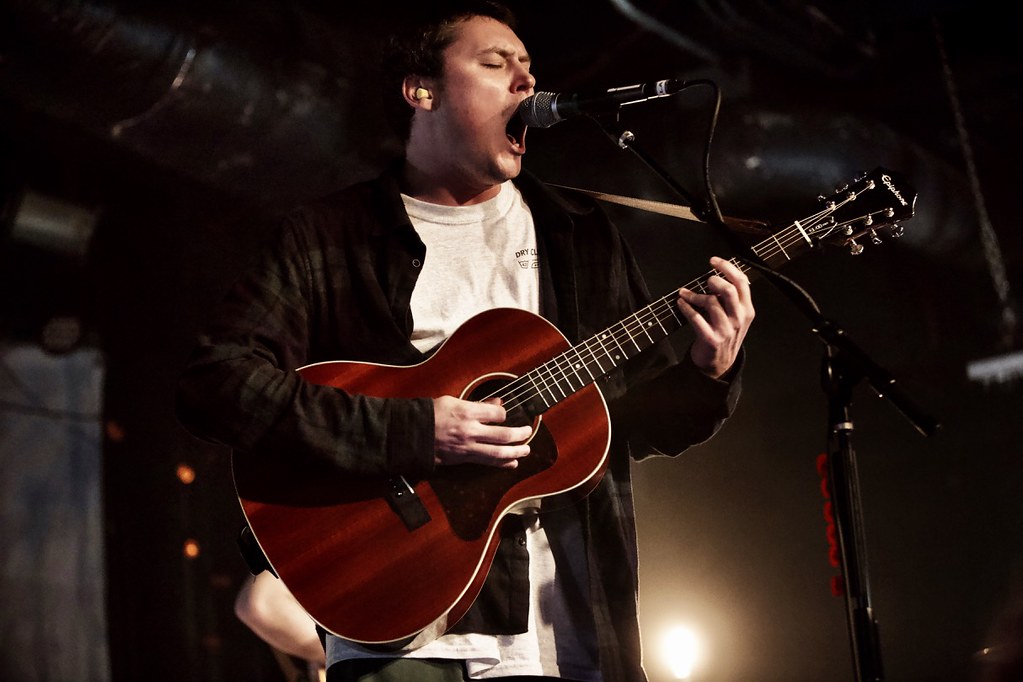 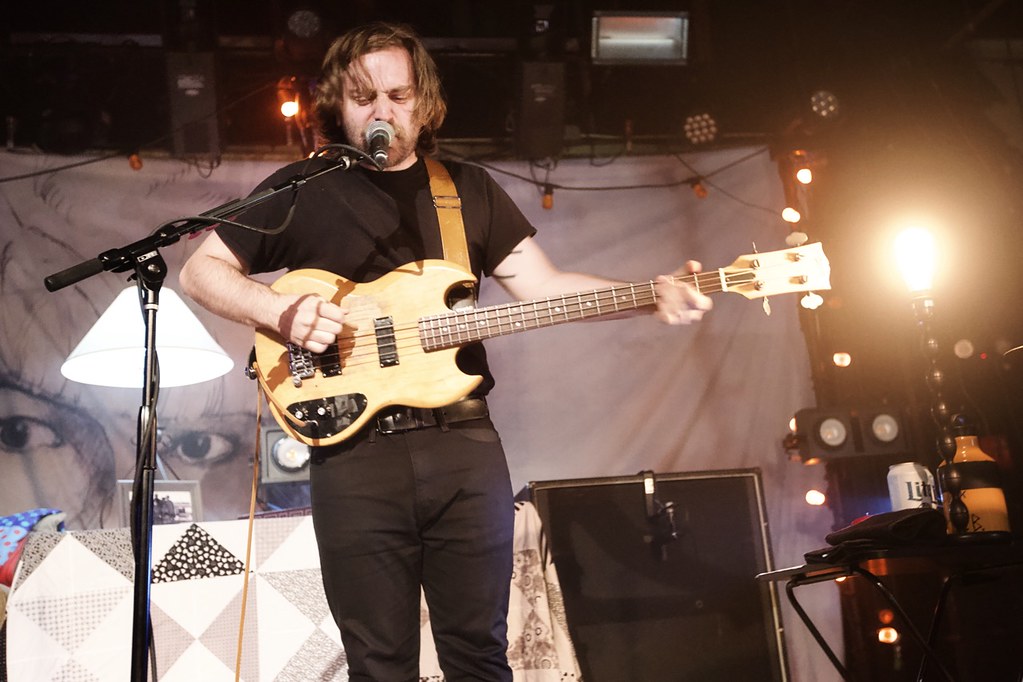 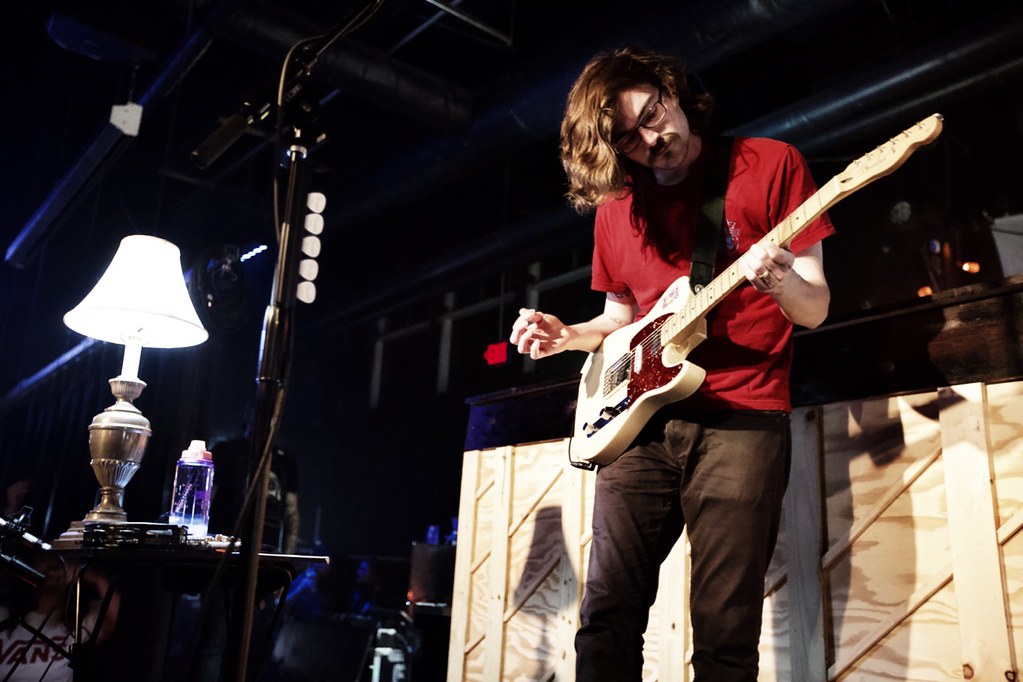 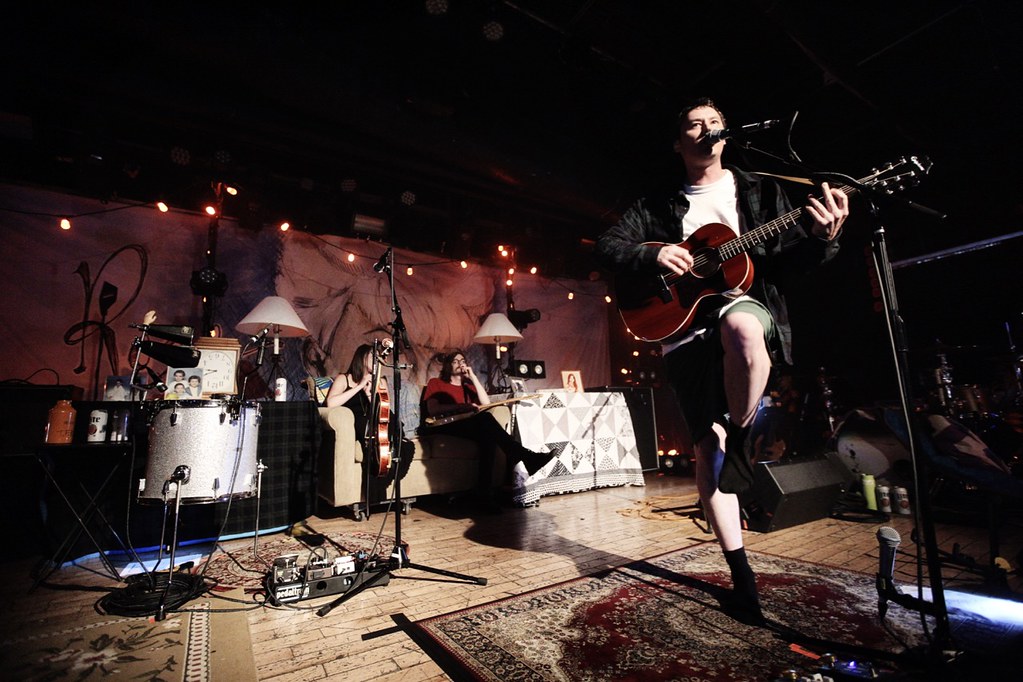 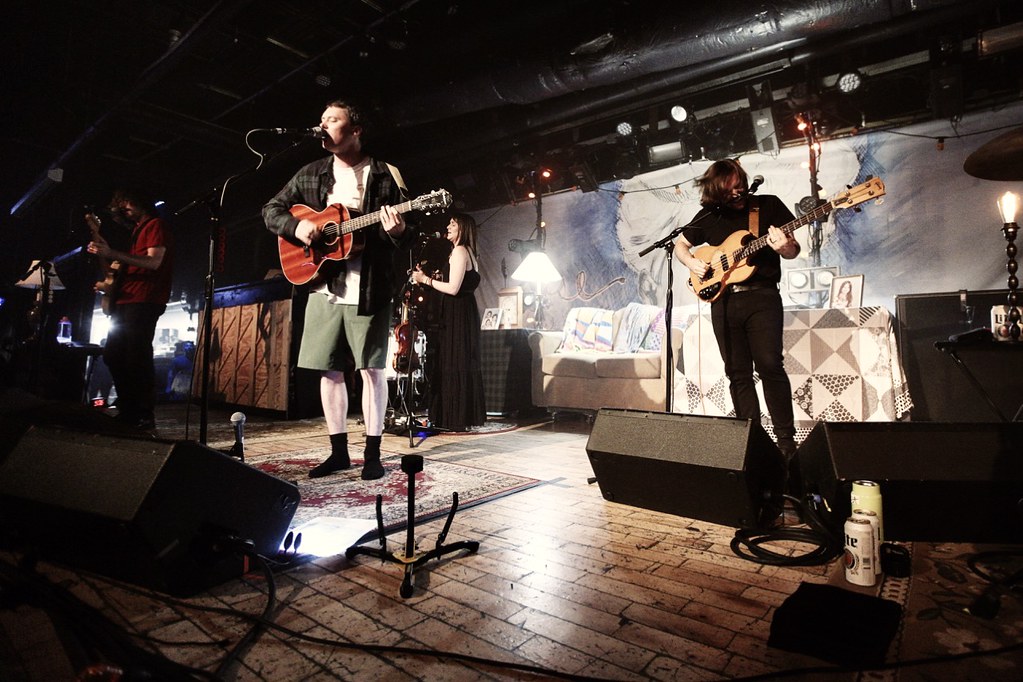 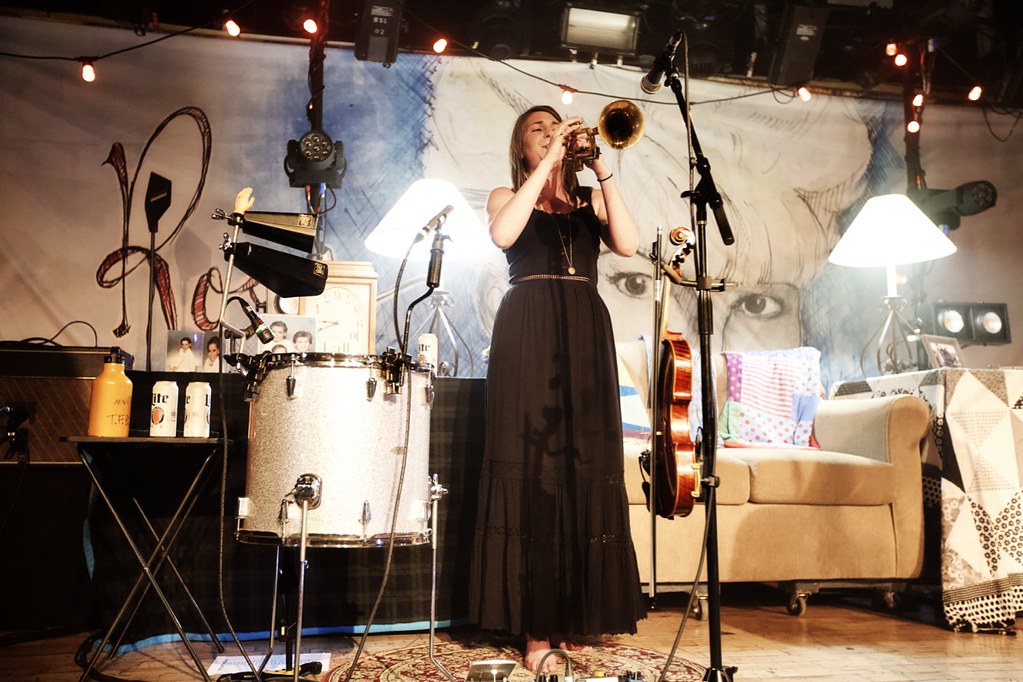 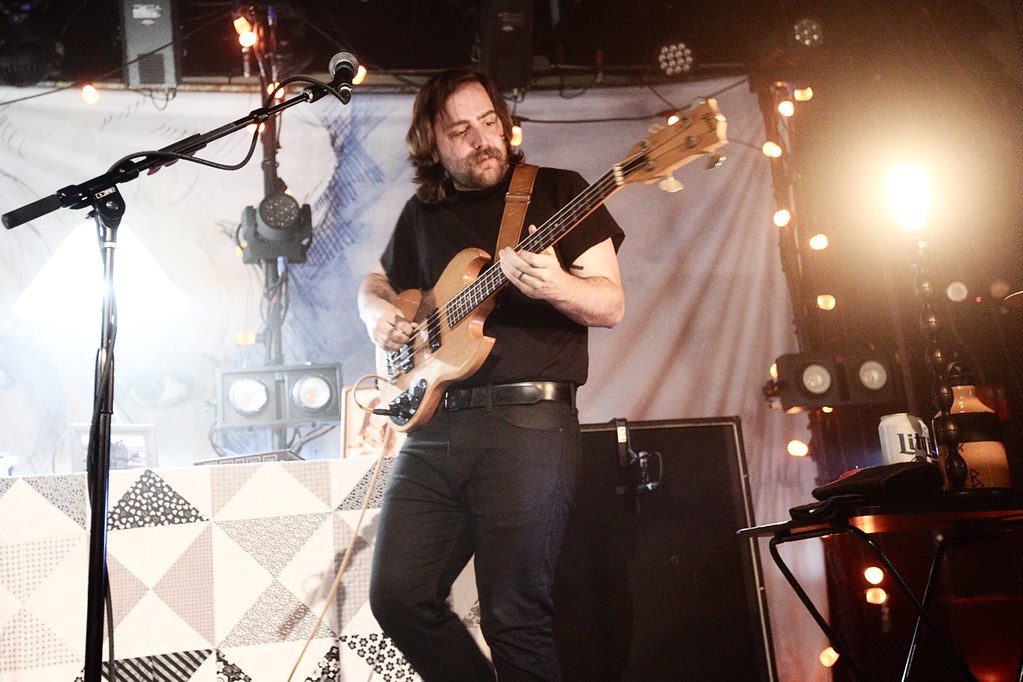 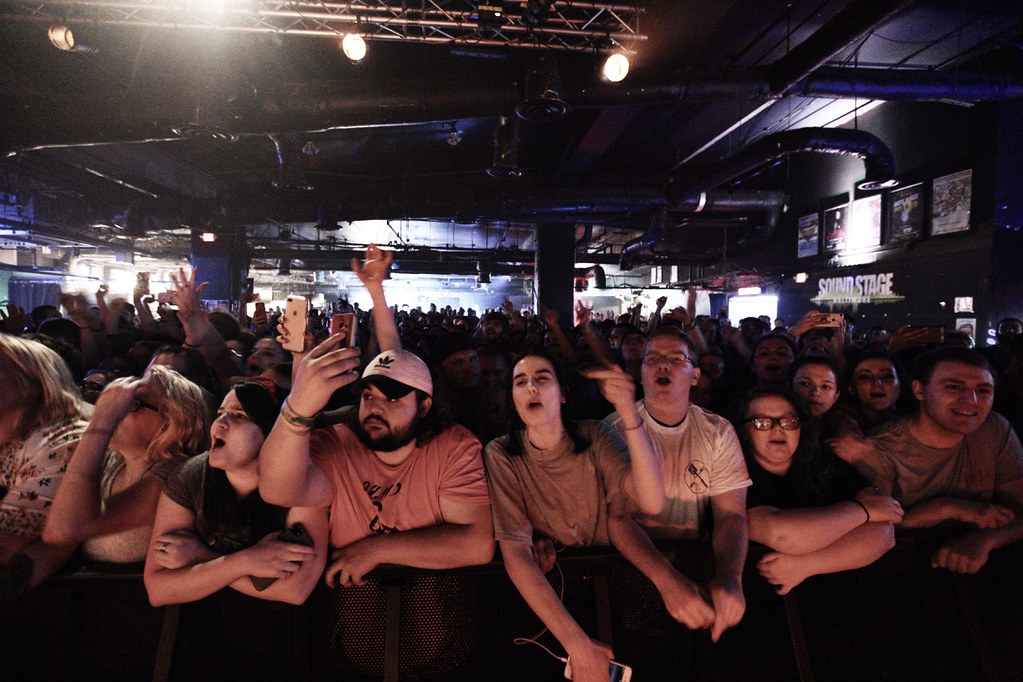