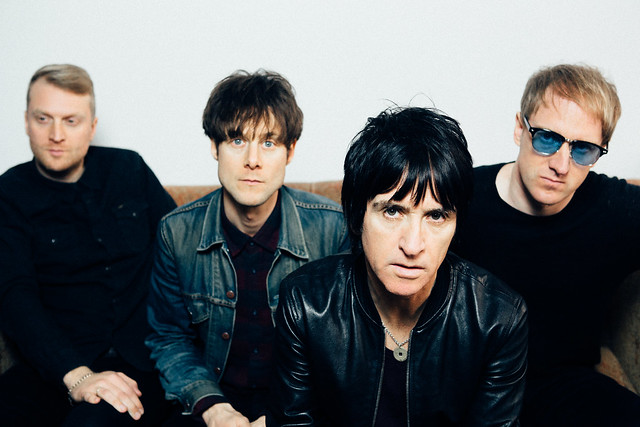 Recorded with his band in Manchester at Johnny’s own Crazy Face Studios in Manchester, England, Call the Comet follows the UK Top 10 albums The Messenger (2013) and Playland (2014). “Call the Comet is my own magic realism. It’s set in the not-too-distant future and is mostly concerned with the idea of an alternative society. The characters in the songs are searching for a new idealism, although there are some personal songs in there too. It’s something that people like me can relate to,” Johnny said.

Watch the official music video for “Walk into the Sea” by Johnny Marr on YouTube:

Of course, Johnny Marr gained fame in the ‘80s as guitarist for The Smiths, but he’s managed to stay consistently relevant throughout the years in part through his participation in a number of bands including Electronic, Modest Mouse, The Cribs, and others. To many, the release of his solo albums in the past several years represented a slow embrace of Johnny’s destiny!

Louder Than War praises Johnny’s solo material, saying the songs “combine those perfect Marr-lodies with a whiff of early eighties post-punk melancholy but also nods to that patented chiming guitar sound that he trademarked in The Smiths.”