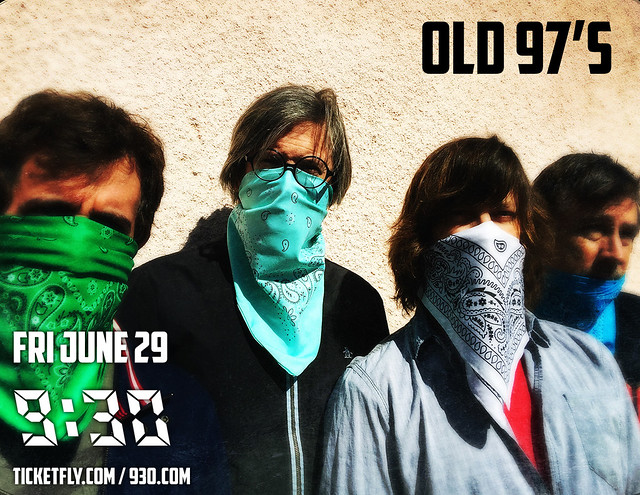 Alt-country rockers Old 97’s are playing 9:30 Club on Friday, June 29, and you can win tickets to go with Parklife DC!

“The Old 97’s still sound engaged, energetic, and as committed as ever 23 years after they released their debut, and Graveyard Whistling is evidence they’re not short on fresh ideas either,” said Mark Deming in a review for AllMusic.

Watch a lyric video for “Good with God” by Old 97’s featuring Brandi Carlile on YouTube:

Parklife DC is giving away a pair of tickets to see Old 97’s at 9:30 Club. To win, simply leave a comment on this blog. You can leave any comment, but we would like to know your favorite song by Old 97’s.