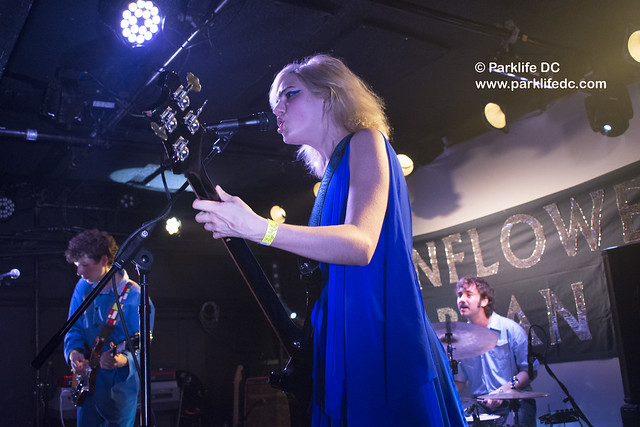 Sunflower Bean has been through DC quite a few times in the past few years as an opening act, most recently with Sleigh Bells in February of this year. But on Saturday, the trio dropped by Rock and Roll Hotel to tour their second album as a headliner, which is how it should be.

Sunflower Bean started the show with “Burn It” from the new album and soon hit the title track, “Twentytwo.” In concert, Julia hugged her microphone close to sing and then she peeled off to jam with Nick or to roar with Jacob, her willowy body framing stage left. Part of Sunflower Bean’s appeal is that it is so pleasant to listen to them! Julia has a clear and pleasing voice that punches up when peppy and swings low when bluesy. The band’s instruments groove and pop in their scrappy tunes and rumble and simmer in their sad songs.

With songs like “Crisis Fest” and “I Was a Fool” from the new album, Sunflower Bean struck a thematically more mature stance than that of their first album. They also switched up their sound a bit between albums. The first, released in January 2016, certainly smacks of ‘60s psychedelic rock while the latter arrives with more of a post-punk growl. Still, Sunflower Bean kept the show light and fun, engaging the audience for a singalong in “Crisis Fest,” the latest single, with “No, no, no!” in the chorus.

Sunflower Bean dedicated most of their show to the new record, but they recognized the first with light-hearted performances of “2013” and “I Was Home,” among others. In the latter half of the show, the band covered Neil Young with “Harvest Moon.” The song provided a lovely vocal showcase for Julia, who gave the song an appropriately sweet twang.

On guitar, Nick demonstrated studious focus, lifting his head for an earnest smile to the audience or his bandmates, although he put his best foot forward when harmonizing well with Julia on songs like “I Was a Fool.” With a flurry of arms on drums, Jacob never stopped beaming; the gent seemed to materialize as a human form for the infectious Sunflower Bean melodies.

Sunflower Bean continue touring tonight, June 6, in Atlanta, and they weave across the country and back to wrap eventually in Nashville, Tennessee, on July 1. Catch them for a good old-fashioned rock ‘n roll show.

Here are some pictures of Sunflower Bean performing at the Rock and Roll Hotel in DC on June 2, 2018. 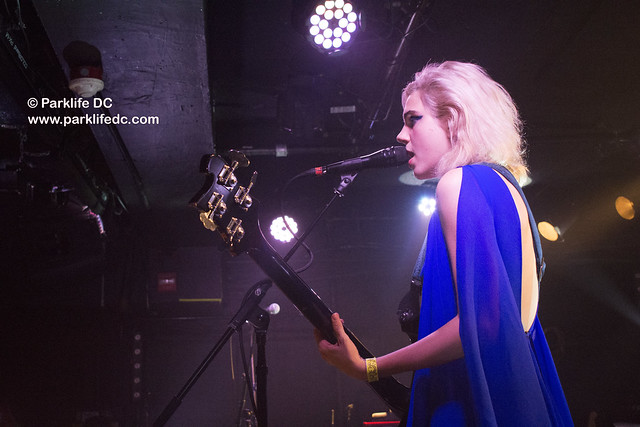 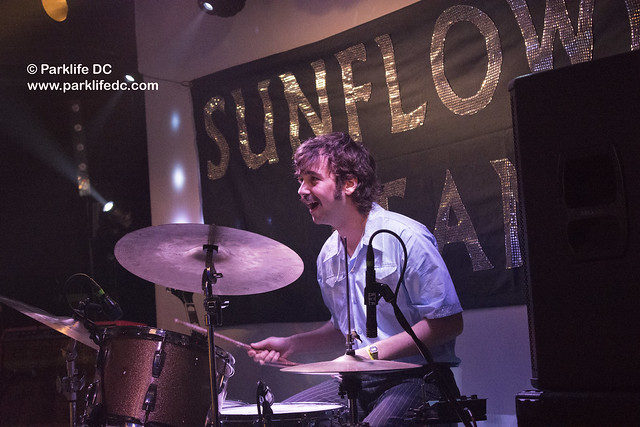 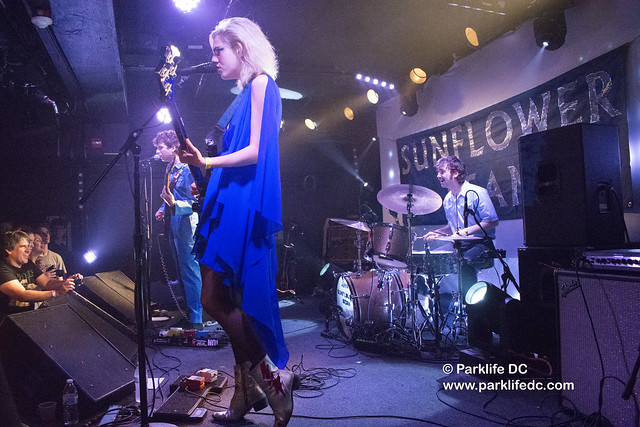 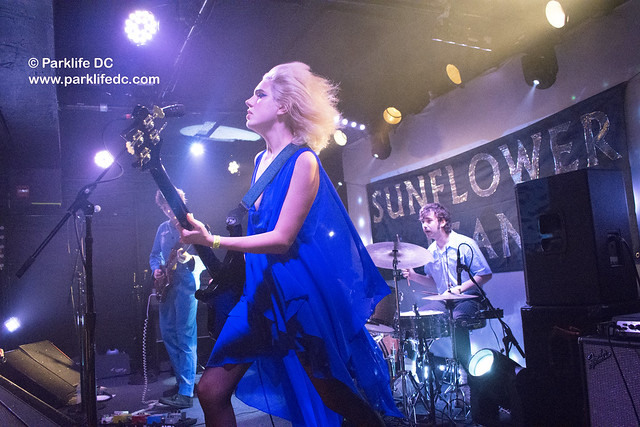 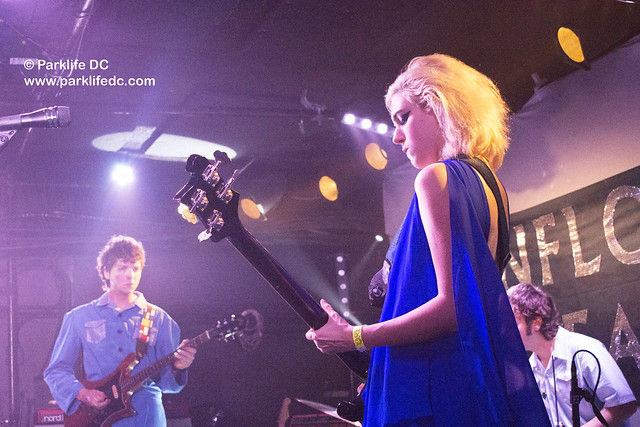 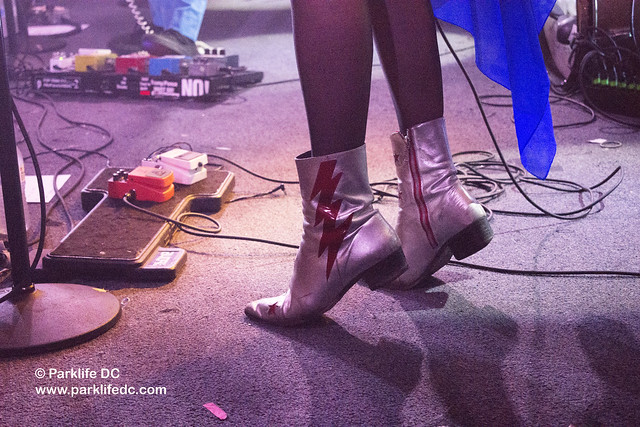 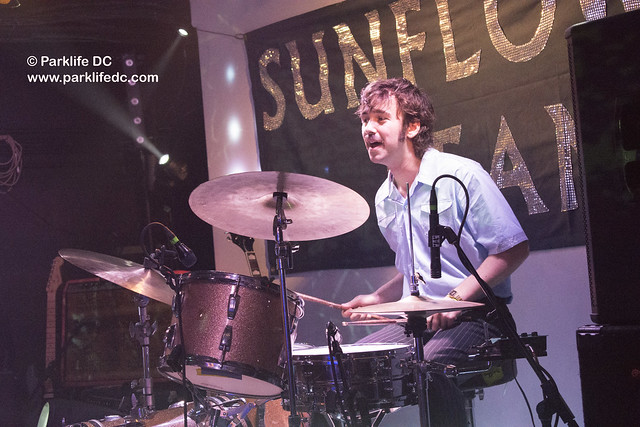 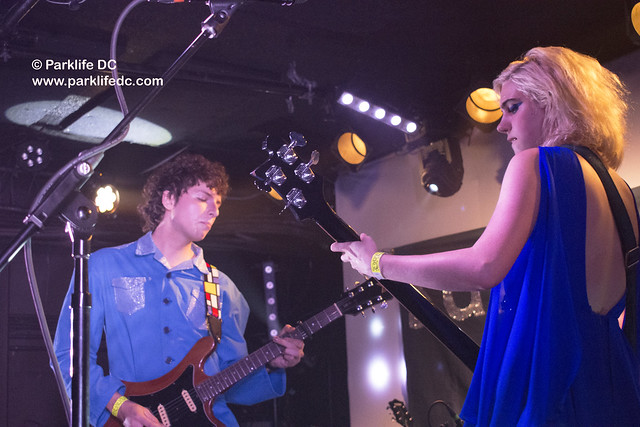 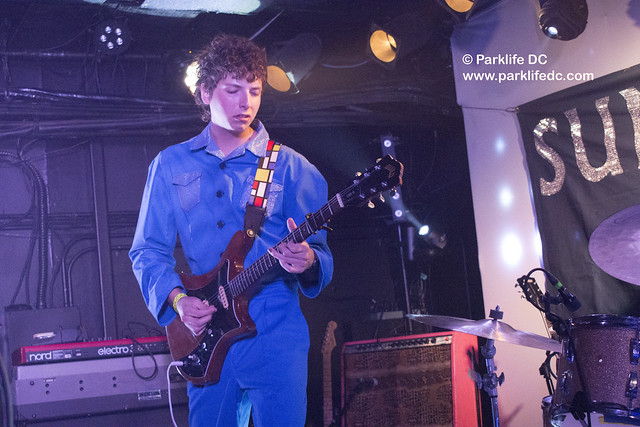 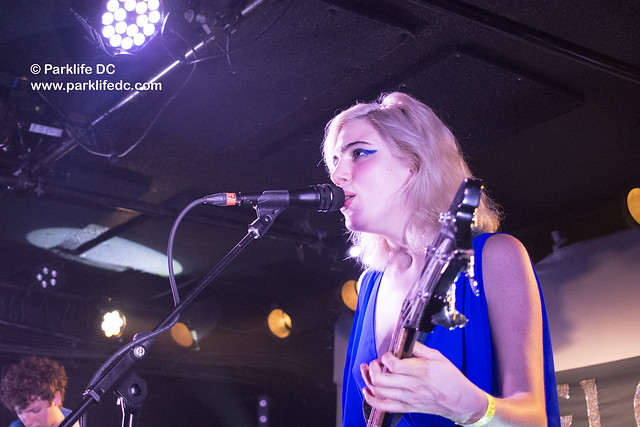 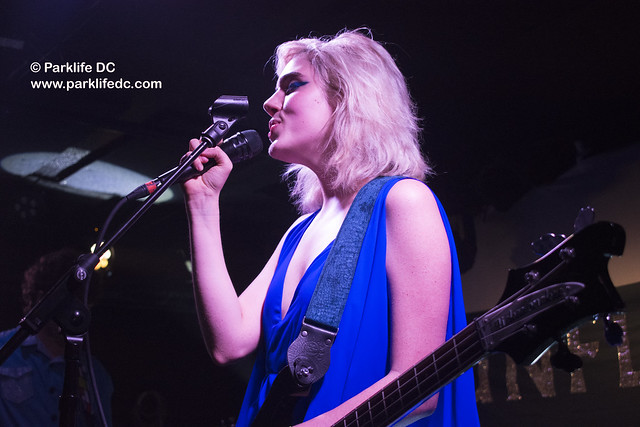 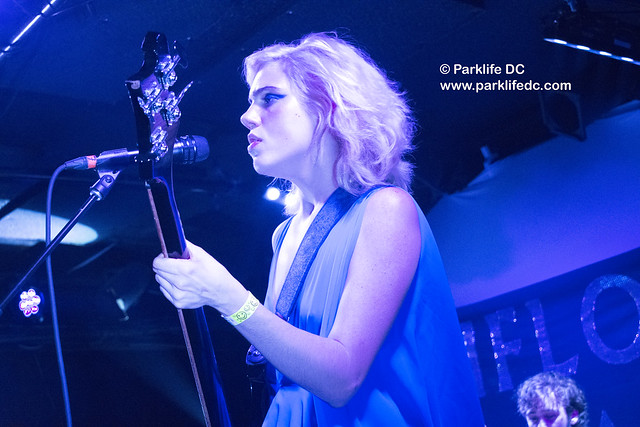 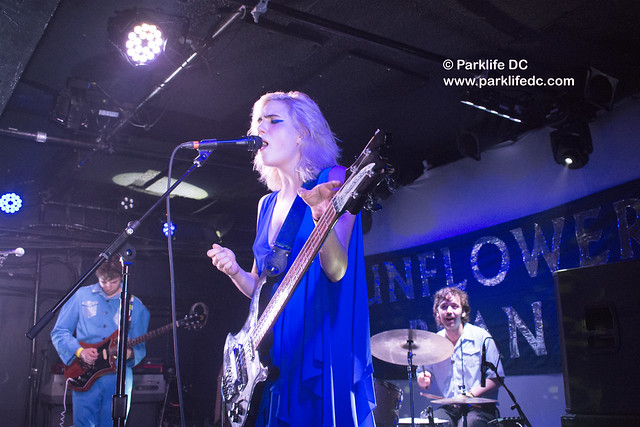 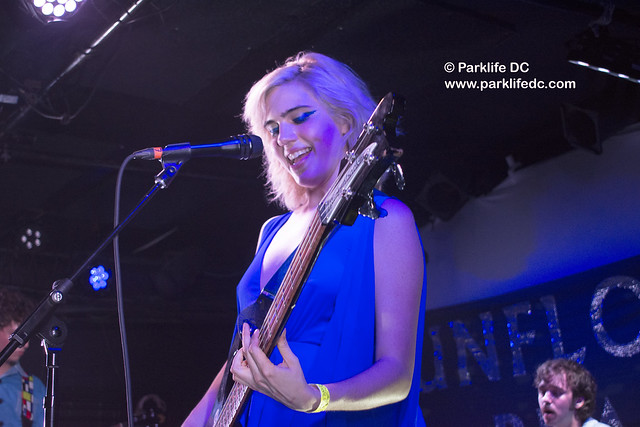 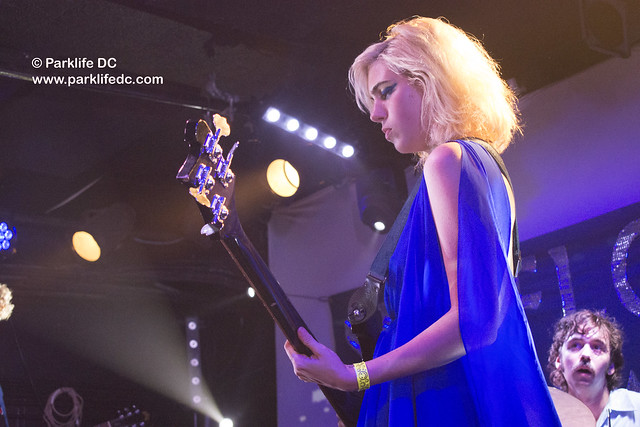