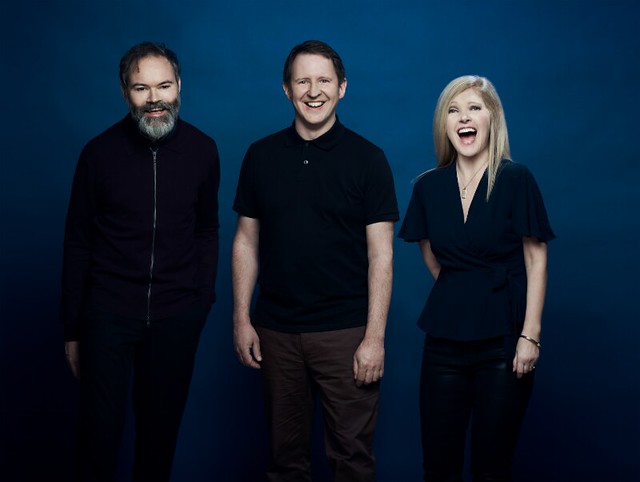 In 1998, British synthpop trio Saint Etienne released Good Humor, their fourth album, to massive acclaim. Songs like “Sylvie” remain the most popular in the band’s catalog. And so to mark the 20th anniversary of the album, Saint Etienne will undertake a US tour in its honor, including a stop at Union Stage on Friday, Sept. 7.

At Union Stage, Saint Etienne will play Good Humor in its entirety and then add a set of hits, old classics, and even a new song or two. DC is one of only nine dates on the North American tour for Good Humor’s 20th anniversary!

Watch Saint Etienne perform “Sylvie” live on Top of the Pops in 1998 on YouTube:

Said Sarah of the upcoming tour, “I’m so looking forwarded to touring Good Humor this autumn with our fabulous live band! I think it’s the best live line up we’ve ever had. Drummer Mike, the amazing Bennett brothers, Gerard Johnson and of course Debsey will really bring the album to life and add a certain je ne sais quoi!”

Bob added, “My memories of making Good Humor are all good, and that’s not just looking back 20 years through rose-colored glasses. Living in a flat in Malmo together for six weeks made it feel like we were the Monkees, and I think that spirit comes across on the album. It contained some of my favourite St. Etienne songs, that wise owl Tore Johansson’s production was exceptional, and I was thrilled when it went down so well in the States.”