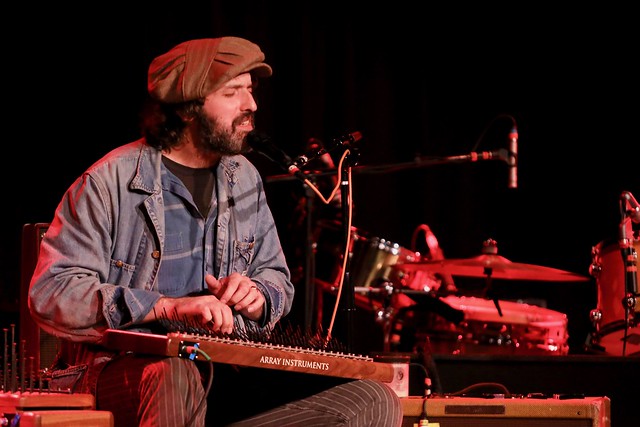 Joachim Cooder performs at The Birchmere on June 11, 2018. (Photo by Glenn Cook)

Joachim Cooder opened for his father, Ry, at The Birchmere on Monday, the second of two tour dates at the venue. Joachim recently released his debut EP as a solo performer, Fuchsia Machu Picchu, but at only 39 years old, he has nearly 25 years of experience as a professional. He’s played drums in his father’s band since his teens, and worked with his dad his to score a Wim Wenders film.

His own composition work includes scoring ads, a documentary on the gay rodeo, and surf films. Joachim has produced albums for his father (I, Flathead and Mambo Siñuendo) as well as other artists, including the inimitable Mavis Staples (We’ll Never Turn Back).

The Birchmere was packed Monday, just as it was the week before. And Ry Cooder had many guitars! The stage was set to go for the main act, and a large crowd gathered in front of it snap photos of Ry’s many, many guitars. I am not even close to being an expert on guitars, and I won’t pretend that I am. Perhaps the most justice I can do in describing this collection of guitars is to admit how little I justice I can do it.

Joachim’s opening set was sparse, him alone accompanied by a saxophonist and a drum machine. I didn’t recognize the instrument he was playing, which someone later told me was an Array mbira. Invented in the 1960s by American Bill Wesley and related to the traditional African instrument, it produces a bell-like sound. The Array mbira uniquely suits the sound Joachim is trying to achieve, which he describes as a “defunct cosmic ice cream truck.”

Joachim played four long pieces for the audience: “Country Blues,” “Calm My Mind,” “Because the Moonlight,” and the title track from his EP, “Fuschia Machu Picchu.” Joachim didn’t say much during his set. Before the last song, he said, “This is song where you get to find out what I’m talking about. I’m talking about a plant.”

Ry Cooder’s people don’t mess around. Joachim finished playing at 8pm, and at 8:15pm, Ry was out for his set. Joachim joined him, playing drums on two hours of transcendent music. Acknowledged as one of the top 40 guitarists in popular music, Ry Cooder played guitar on Monday like I’ve never heard guitar. As impressive as a world-class instrumentalist is on a studio recording, they are even more so in a live performance.

To make an analogy, I’m also a fan of basketball, and I’m from Akron, Ohio so I’m a fan of LeBron James. Seeing LeBron play in person — like I saw him drop 57 points on the Wizards in November at Capital One Arena — is a different experience from watching him on TV. Seeing Ry Cooder play guitar live was akin to watching LeBron James play basketball.

While the guitar playing stands out as especially remarkable, Ry’s voice has held up really, really well for his 71 years. His songwriting has only grown stronger with age, as evidenced by the originals from the new album he played (seriously, check out The Prodigal Son; it has to be a Grammy contender for Americana Album of the Year).

Ry has a wonderful sense of humor that comes through in his songs, his stories, and his handling of the crowd. He handled crowd demands for songs in the most effective way I’ve ever seen, joking, “We’ll get to all your requests. We’ll go to them… eventually.” Ry played some new material, but he also played a lot of covers of roots music. His new album largely consists of gospel covers. By combining the chosen gospel covers with politically charged original songs, Ry has set liberation theology to music.

He played Woody Guthrie’s “Vigilante Man,” with his own lyrics added to address Trayvon Martin’s death. He played Johnny Cash’s “Get Rhythm,” and told a story of meeting Cash in the ’70s. Ry is actually a pretty good mimic, doing spot-on impressions of Cash and The Stanley Brothers, and he can imitate just about anyone’s guitar style. For backing vocals, Ry had brought on tour the African-American R&B trio the Hamiltones, themselves Grammy nominees, who appeared on The Prodigal Son.

I mistakenly thought that their inclusion only had to do with Cooder covering old Black gospel songs, but, looking at videos on Youtube, I learned that I was mistaken. Ry has included African-American groups on his albums and tours for decades. While a lot of artists pay lip service to the black roots of popular music, not all of them include black voices in their music.

The crowd was absolutely enchanted. Ry, Joachim, and the band got two standing ovations, after the main set and after the encore. I daresay that everyone at The Birchmere felt like they were a part of something special. At my table, chatter kept coming back to how amazing this concert was. As long as I live, I will the remember the night I saw Joachim and Ry Cooder with the greatest fondness.

Here are some pictures of Joachim Cooder performing at The Birchmere on June 11, 2018. All photos copyright and courtesy of Glenn Cook. 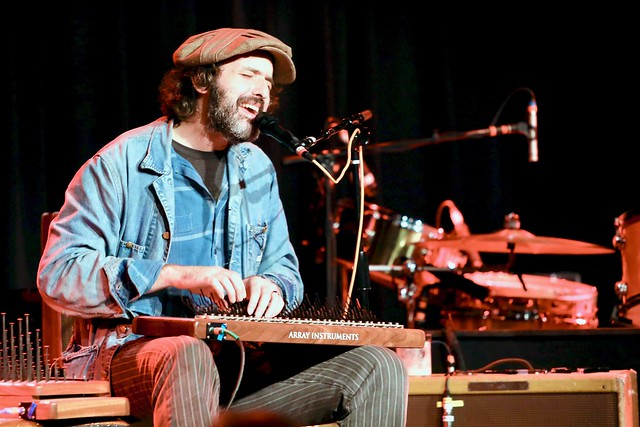 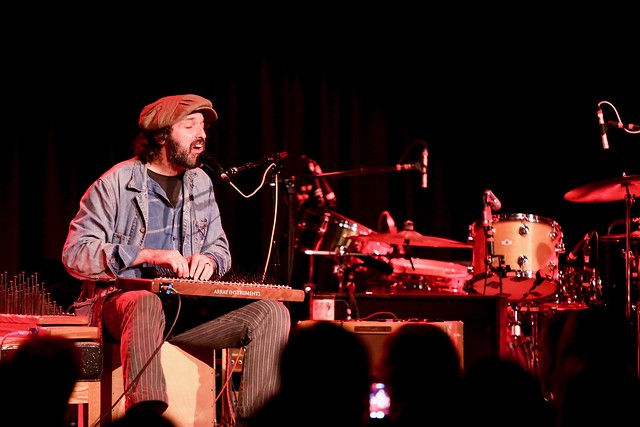 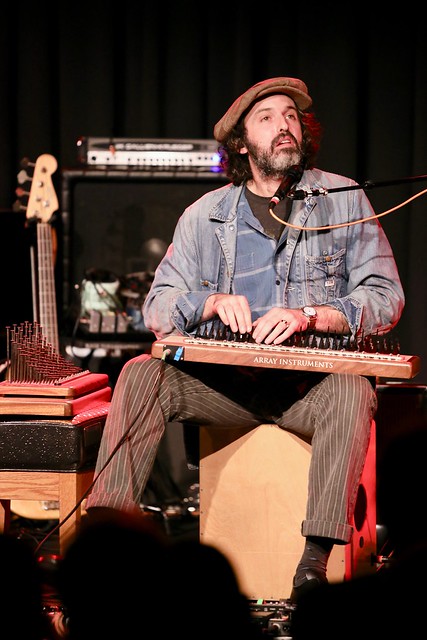 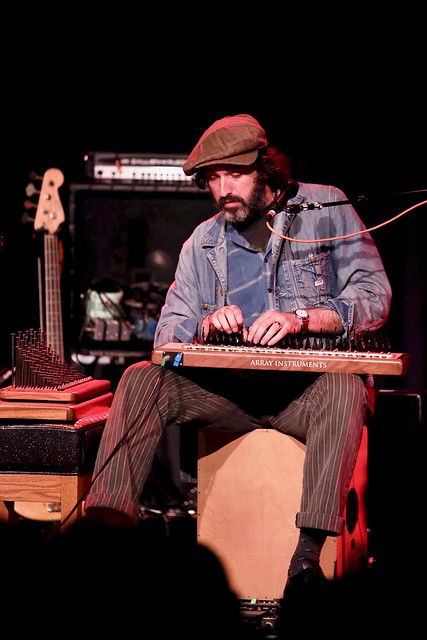 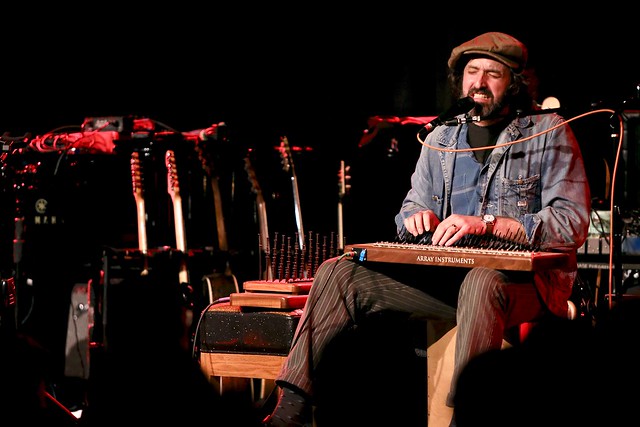 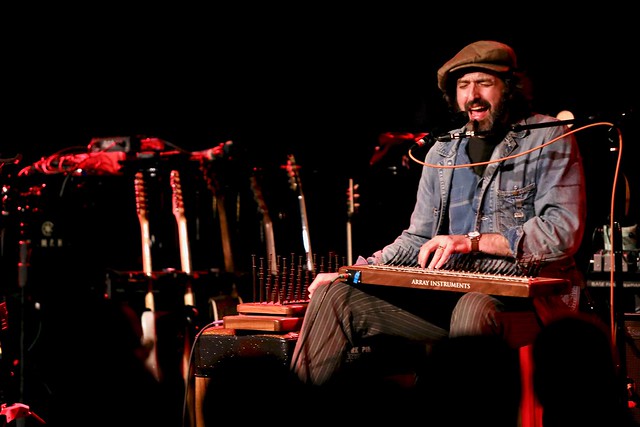 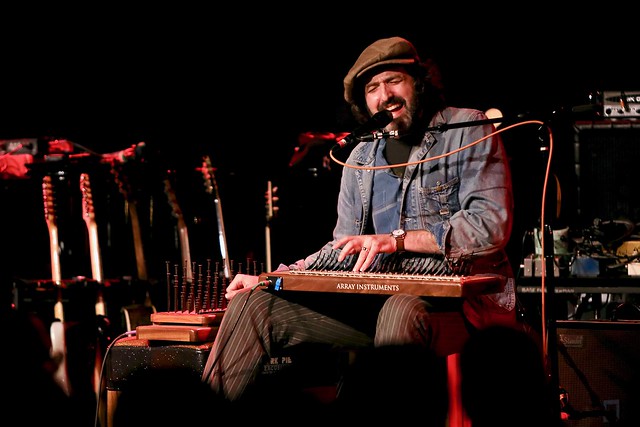 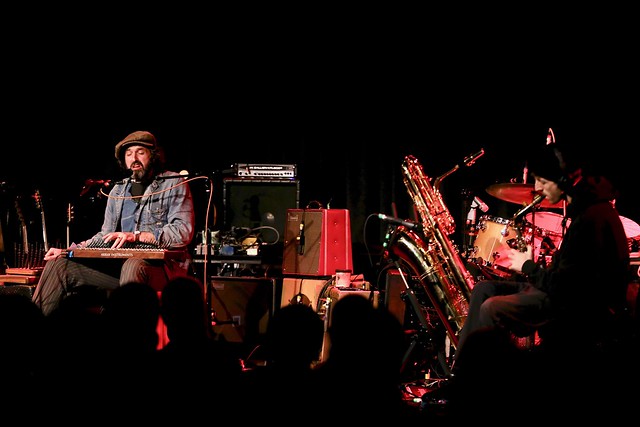 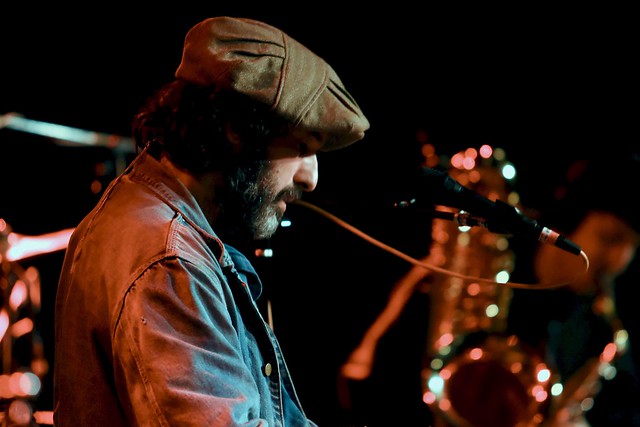 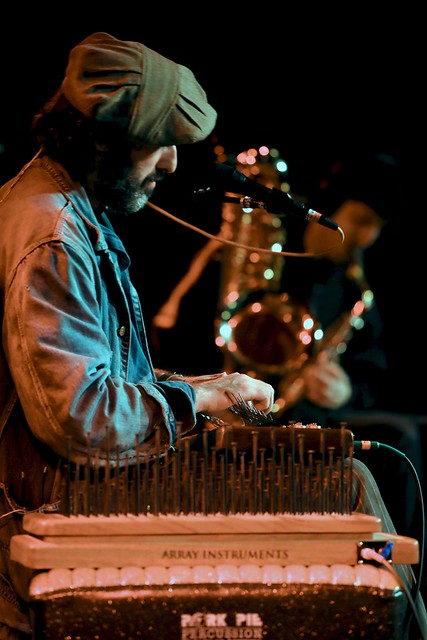 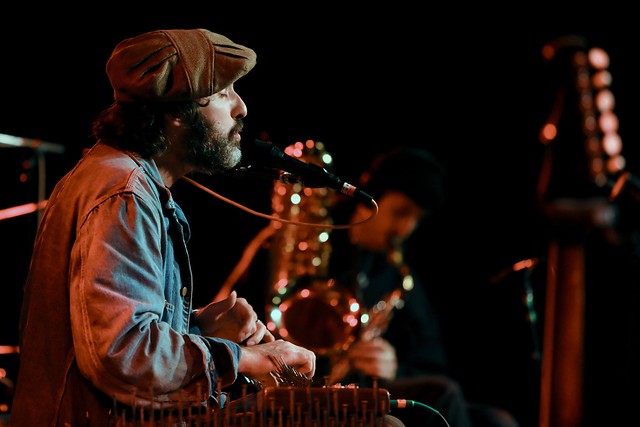 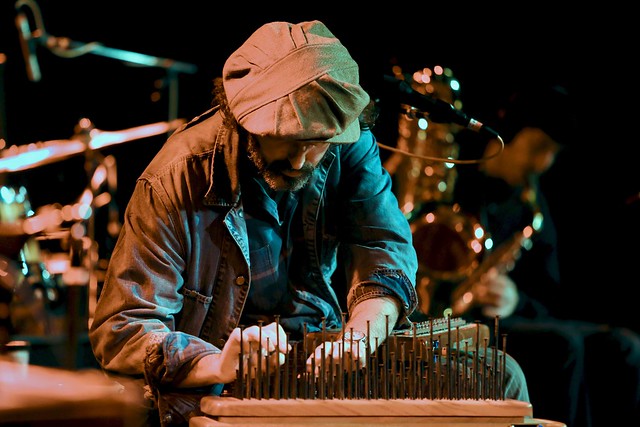