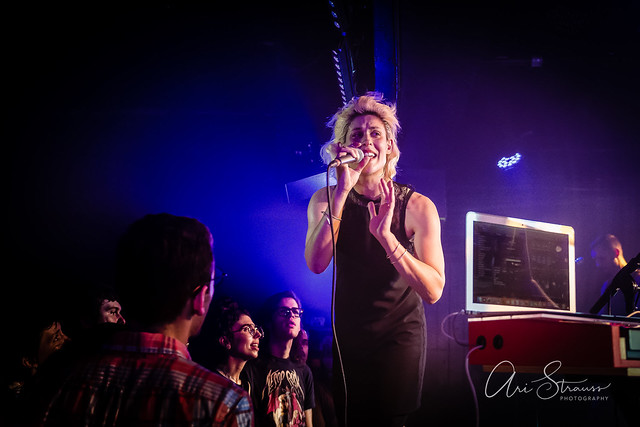 Hip hop artist Dessa turned up the heat — literally and figuratively -— during a 90-minute set at Rock and Roll Hotel on Sunday.

A faulty AC system may have been part of it, but the sizzling performance on stage pushed the temperature in the venue close to the 100-degree mark. Undeterred by the heat, Dessa put in a stellar performance that amped up the sold-out crowd throughout the entire night.

Dessa is in the midst of a world tour to support her fourth solo studio album, Chime, which was released in February from Doomtree Records, the imprint of her Minneapolis-based hip hop collective of the same name.

Listen to Chime by Dessa on Spotify:

On stage, high-energy Dessa seemed intent on making everyone in the crowd feel connected to her performance. During most of the show, she was working the very edge of the stage -– in front of the monitor wedges -– leaning down to make eye contact with as many people as possible. During the song “5 Out of 6,” Dessa stood at the edge of the stage, waved her arms side-to-side, and parted the audience like Moses parted the Red Sea. Then, she jumped down and spent the rest of the song roaming around the main floor, mixing it up with the audience members around the bar.

Later, Dessa suppressed some anxiety and responded to the audience’s call for a stage dive.

As a singer, rapper, and writer, Dessa has made a career of bucking genres and defying expectations. Her résumé as a musician includes performances at Lollapalooza and Glastonbury, co-compositions for 100-voice choir, performances with the Minnesota Orchestra, and a top-200 entry on the Billboard charts for her album Parts of Speech. She contributed to the #1 album The Hamilton Mixtape; her track, “Congratulations,” has notched more than 5 million streams.

As a writer, Dessa has been published by The New York Times Magazine and broadcast by Minnesota Public Radio. She published two literary collections of her own, and she is set to release her first hardcover collection with Dutton Books in the fall 2018.

Check out some images of Dessa’s performance at Rock and Roll Hotel on June 24, 2018. All photos copyright and courtesy of Ari Strauss. 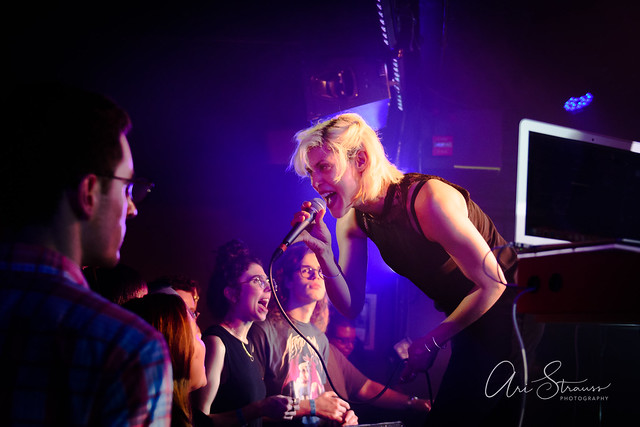 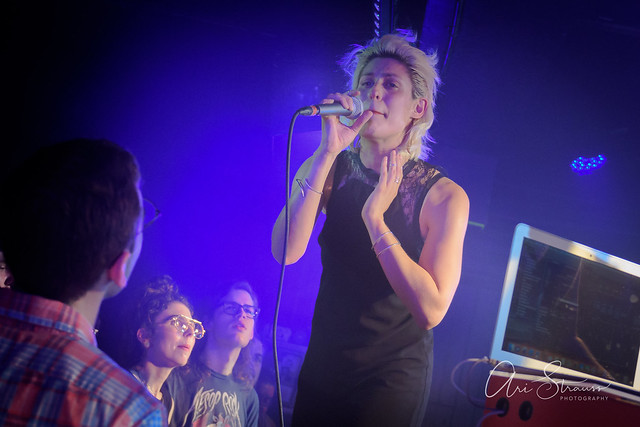 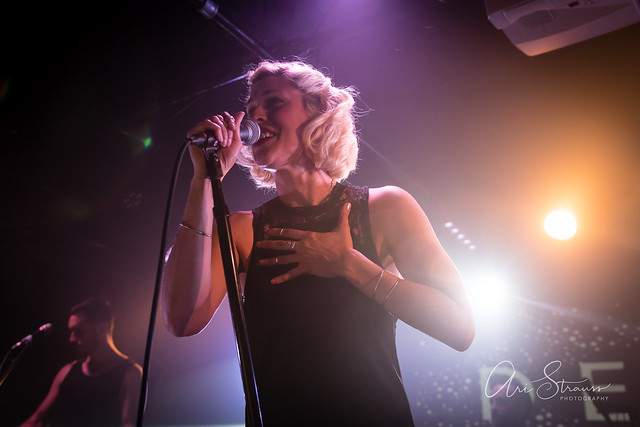 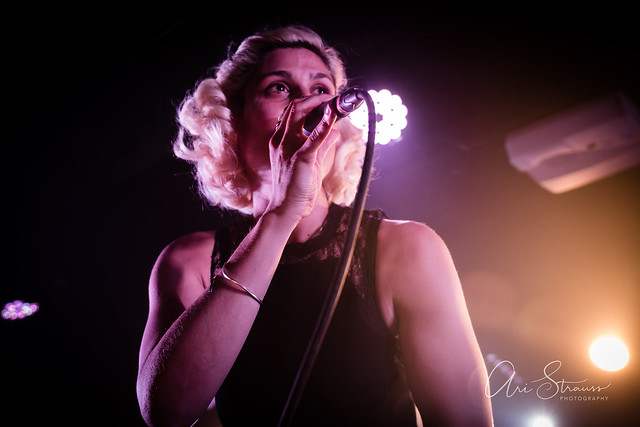 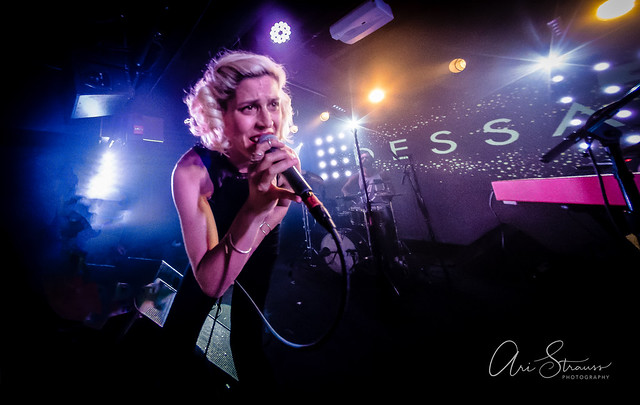 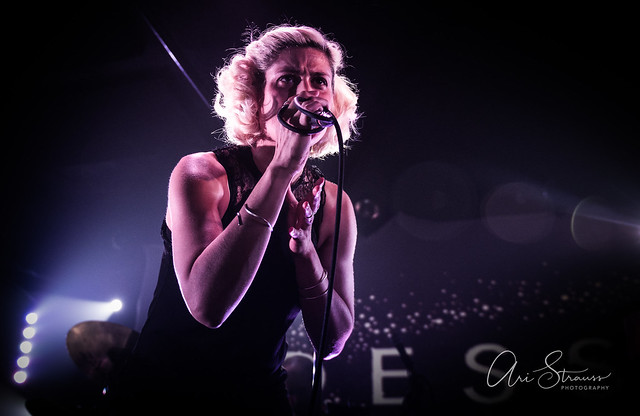 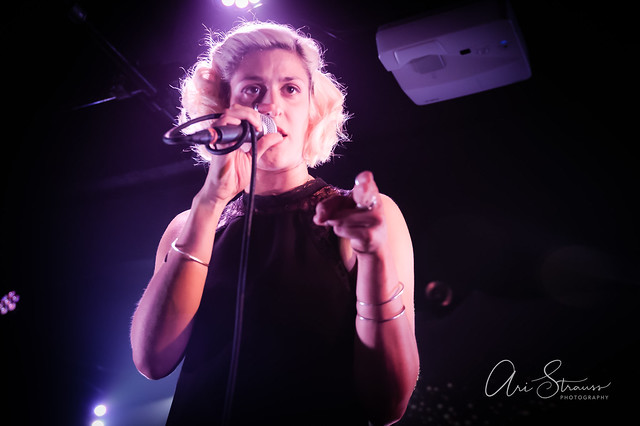 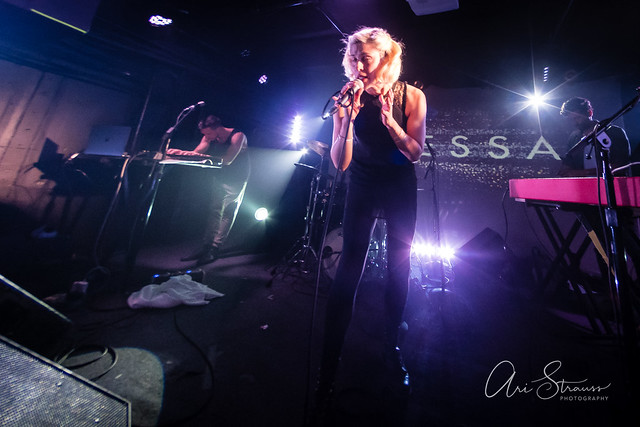 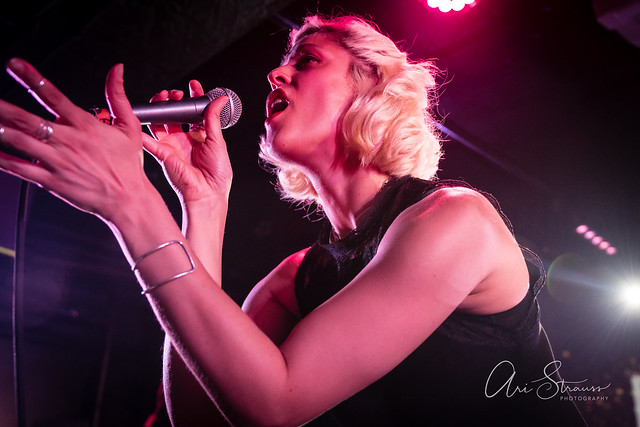 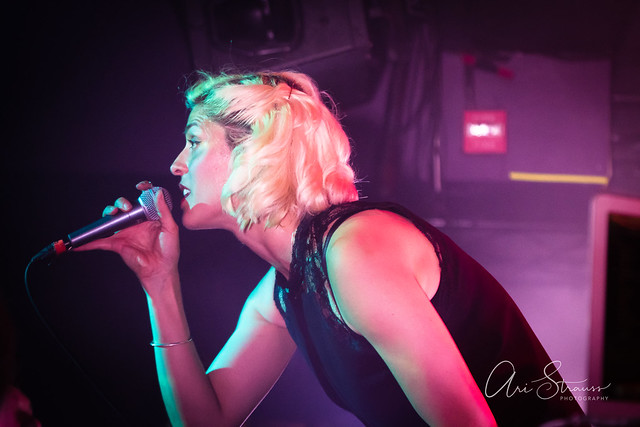 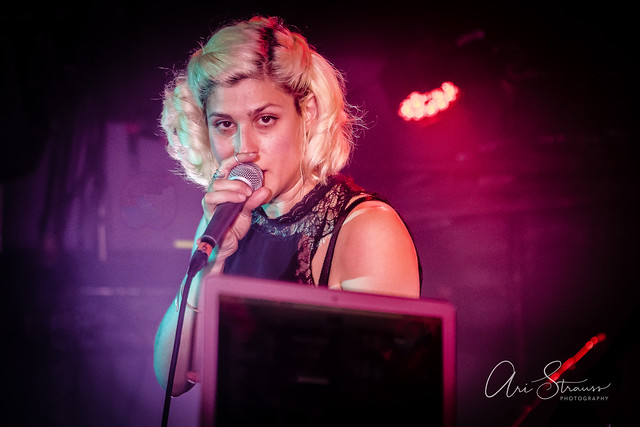 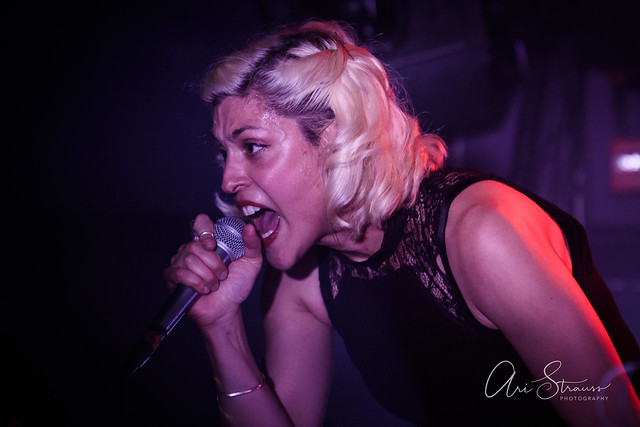 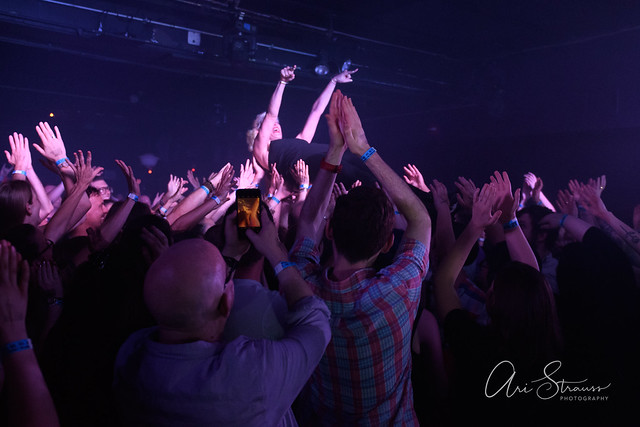 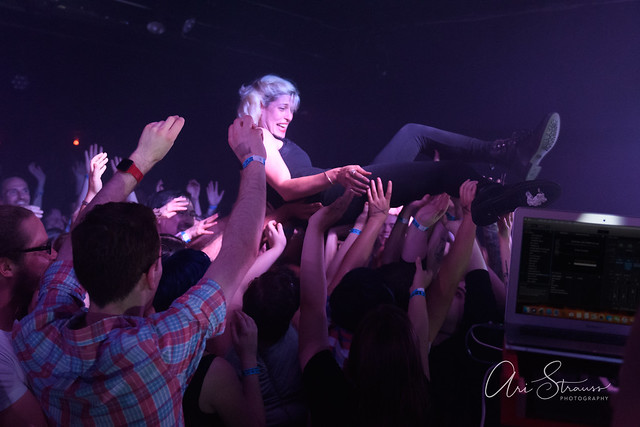 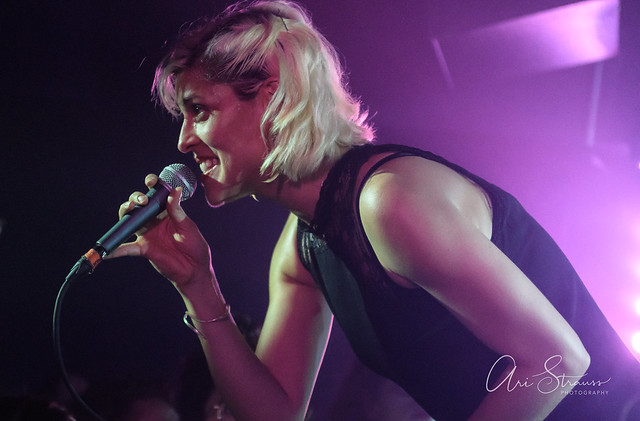