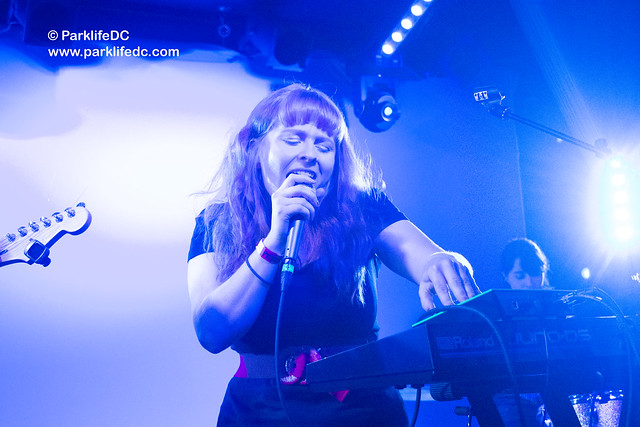 DC quartet Bacchae attack a song with conviction. Vocalist Katie McD doesn’t merely sing — she blares like a siren. And the band surely sounded the alarm opening Paperhaus at Rock and Roll Hotel on Saturday.

Often referred to as a post-punk act, you could in my view take the “post-” right out of there. With jagged guitars, snarling lyrics, and yelps aplenty, Bacchae put an appealing face on some punk rock tenets.

Bacchae opened their set with “Prick,” a fiery number that illustrates those points, taken from their debut self-titled EP released in April via Get Better Records. “Prick” is basically a song of revenge against an assailant, and its surfy vibes hide a helluva lot of darkness (which you would likely infer from the title).

Listen to the self-titled EP by Bacchae on Bandcamp:

Prepared with more than the five EP songs, Bacchae performed “Everything Ugly,” a new song written only weeks ago, hinting perhaps of another release down the road. Toward the end of the set, Bacchae returned to surf rock sounds with “Pressure,” which displayed some wonderful guitarwork from Andrew Breiner.

Andrew managed to play riffs that were immediately comfortable and yet not at all predictable — a rare feat indeed for a song so melodic. Katie’s lyrics were again deceptively dark; while the song might sound like fun in the sun, it appears to deal with unmet expectations and anxiety.

Katie and Andrew are joined in the band by rhythm section Rena Hagins (vocals, bass) and Eileen O’Grady (drums), who packed a punch with songs like the rambling “Burn” and the haunting “Read.”

You can catch Bacchae soon locally at either Comet Ping Pong, opening Outer Spaces, on July 15 or Black Cat, opening Wimps, on Aug. 8. (Buy your tickets for the Black Cat show online.) Meanwhile, here are some pictures of Bacchae performing at Rock and Roll Hotel on June 30, 2018. 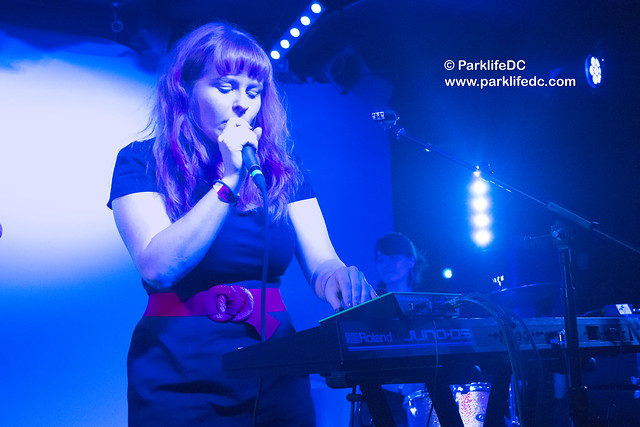 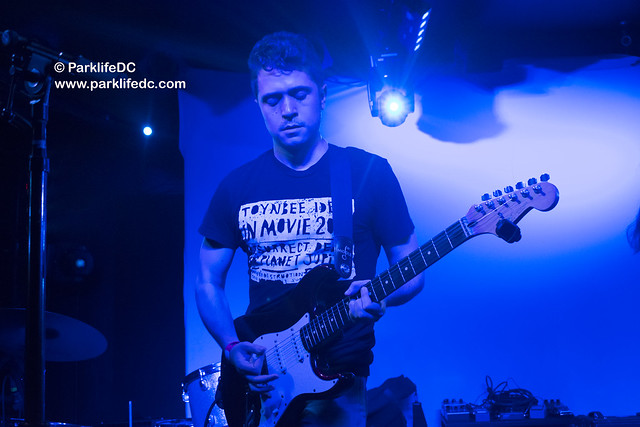 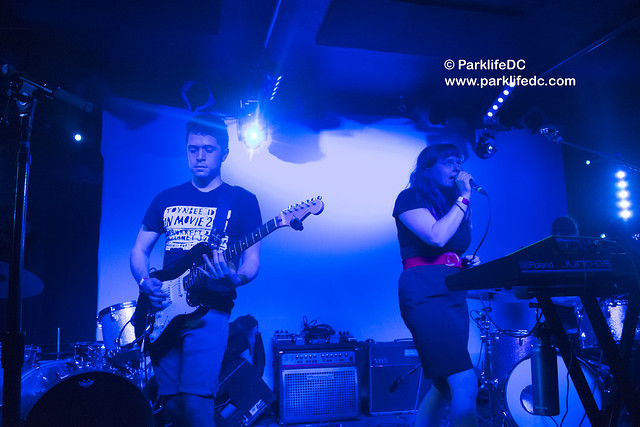 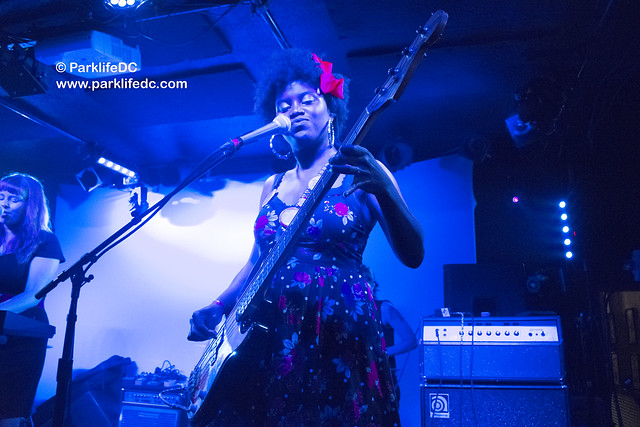 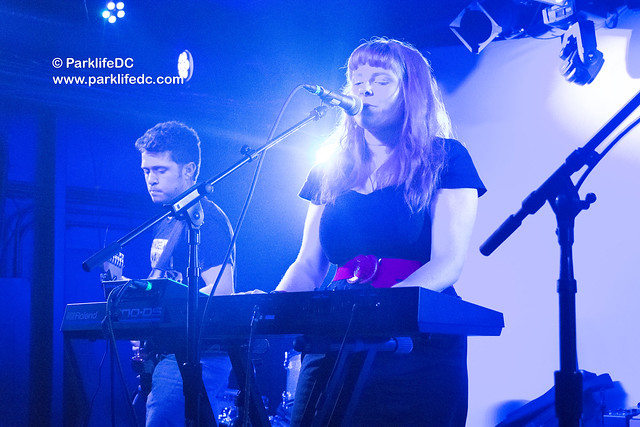 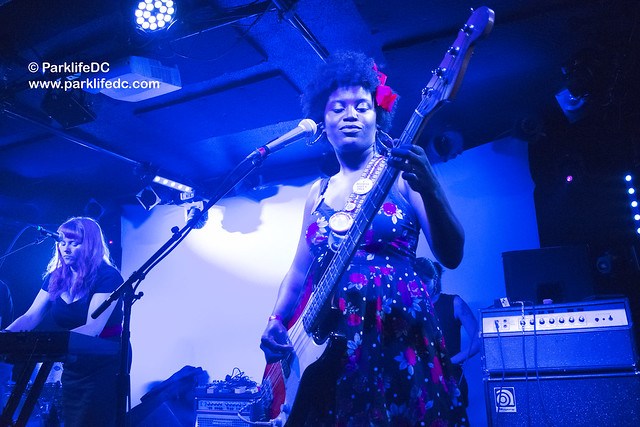 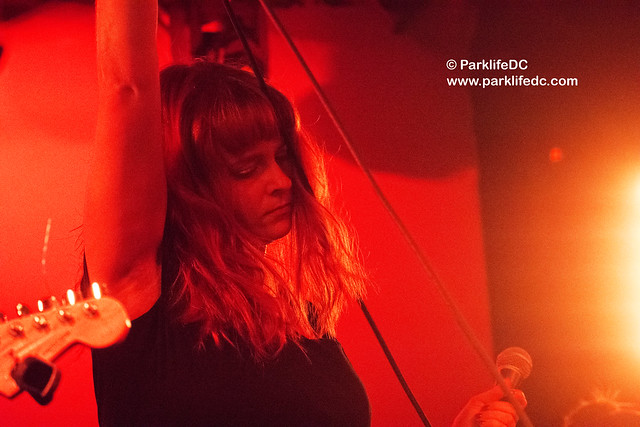 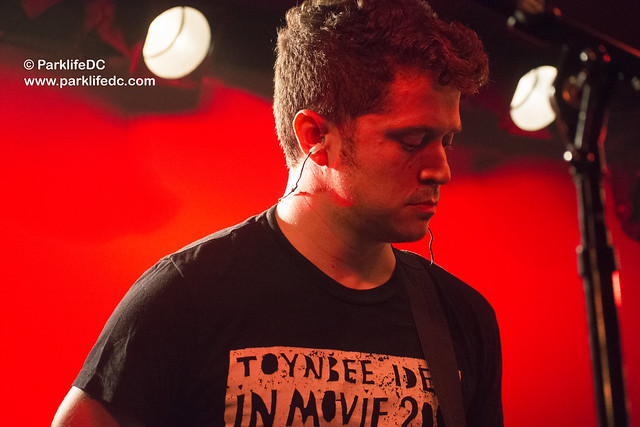 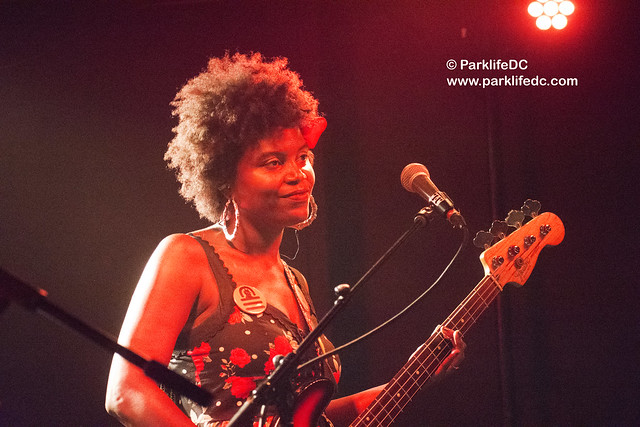 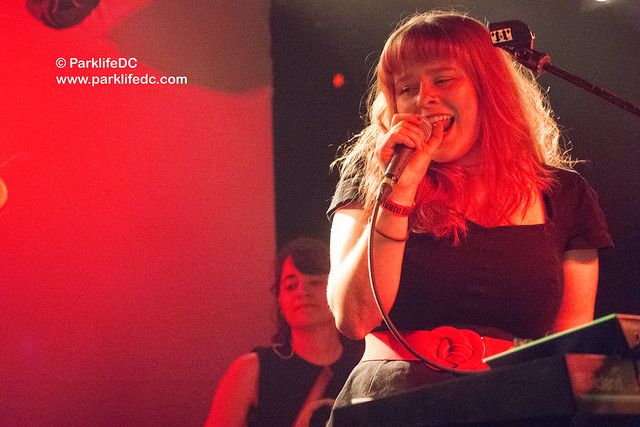