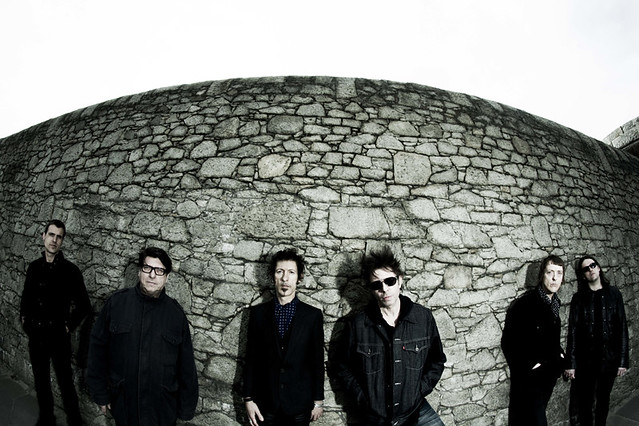 Legendary neo-pscyh outfit Echo & The Bunnymen recently signed to BMG. The group will release The Stars, The Oceans & The Moon, an album featuring re-recordings of 13 Bunnymen classics as well as two new songs, on Oct. 5. Meanwhile, they currently have teamed with the Violent Femmes for a 11-date summer tour that concludes at The Anthem in DC on Wednesday, July 25.

The upcoming album will feature reworked favorites of popular Bunnymen tracks including “Bring on the Dancing Horses,” “Lips Like Sugar,” “The Killing Moon,” and “Seven Seas.” The two new songs are titled “The Somnambulist” and “How Far?” Frontman Ian Ian McCulloch and company performed “The Somnambulist” regularly on their recent UK tour.

Listen to the “transformed” version of “Seven Seas” by Echo & The Bunnymen on YouTube:

Ian, guitarist Will Sergeant, and their bandmates recorded the new album at The Dog House Studios with co-producer Andy Wright. In press, Ian said of the album: “I’m not doing this for anyone else. I’m doing it as it’s important to me to make the songs better. I have to do it.”

We know, of course, that few things are better than an Echo & The Bunnymen live show. And we get to see the Violent Femmes as well! Buy your tickets online.