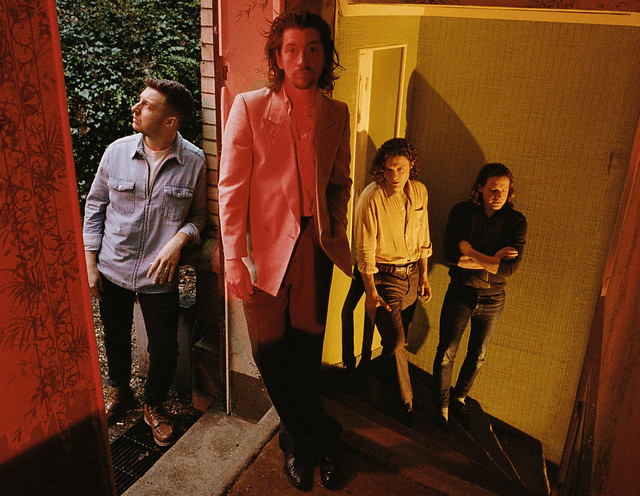 The Arctic Monkeys announced a show at The Anthem on Saturday, July 28 — and it promptly sold out! Thankfully, the lads from Sheffield added a second date on Sunday, July 29, and tickets are still available for that performance!

The Anthem dates come as part of the Arctic Monkeys’ tour in support of Tranquility Base Hotel & Casino, released in May by Domino Recording Co. Monkeys frontman Alex Turner co-produced the album, which of course features the return of bandmates Matt Helders (drums), Jamie Cook (guitar), and Nick O’Malley (bass).

Music for the new album was inspired in part by Steinway Vertegrand piano that Alex received for his 30th birthday in 2016. “I arrived back off holiday and it was sitting there,” Alex said. “I just love that thing and I’d come and sit at it and while away me days in here. The addition of the piano to this room was definitely a huge part of the making of this album, because that suddenly became the center of it.”

Watch the official music video for “Four Out of Five” by Arctic Monkeys on YouTube:

In a rave review for Pitchfork, Jazz Monroe praised Alex’s resulting reinvention as a suave crooner.

“At a studio in an old Parisian mansion, the band dreamed up an alluring retro-futurist backdrop for Turner’s inventions,” said Monroe. “Harpsichords, vintage keyboards, and space-age synths are cobwebbed together. The music borrows from that mid-’70s moment when the Walker Brothers resembled an avant-garde funeral band, while Turner sings drolly surreal one-liners and play-acts as a vanquished lounge singer.”

These are songs you’ll want to hear live! Buy your tickets online.