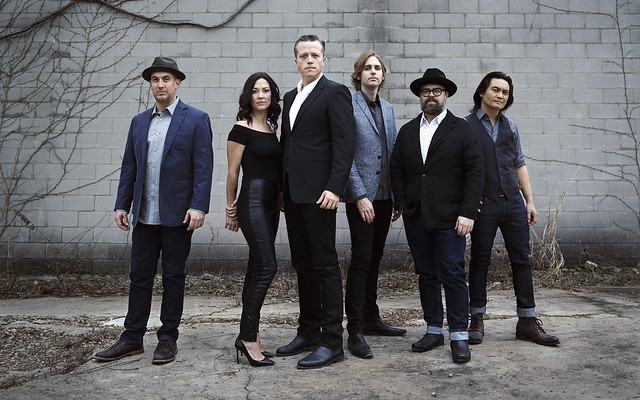 Jason Isbell and the 400 Unit (Photo by Danny Clinch)

Jason Isbell and the 400 Unit released The Nashville Sound, their sixth studio album, in 2017 via Southeastern. The band will perform songs old and new at Wolf Trap on Tuesday, July 24.

When working with the 400 Unit, Jason doesn’t always give them title billing! But he did with The Nashville Sound for the first time since 2011’s Here We Rest.

“Even when I was writing, I could always hear the band’s stamp on the finished product,” Jason said. “These songs needed more collaboration on the arrangements to make them work, and I felt like the band deserved it after the way they played.”

Watch the official music video for “If We Were Vampires” by Jason Isbell and the 400 Unit on YouTube:

“Through matter-of-fact lyrical acuity, Isbell peels back layers of cultural abstraction to reveal the grit of the human experience on The Nashville Sound, and renders it much more inclusive than the title’s regional attribution might make it seem. The Nashville Sound is the sound of America, pulling up its sleeves, confronting its bullshit, raging at its flickering beacon. Isbell, maybe better than anyone else on the planet, can tap into the polarizing societal veins of the country’s manias, and transform them into anthems for –hopefully — much better days ahead,” said Ryan J. Prado in a review for Paste.