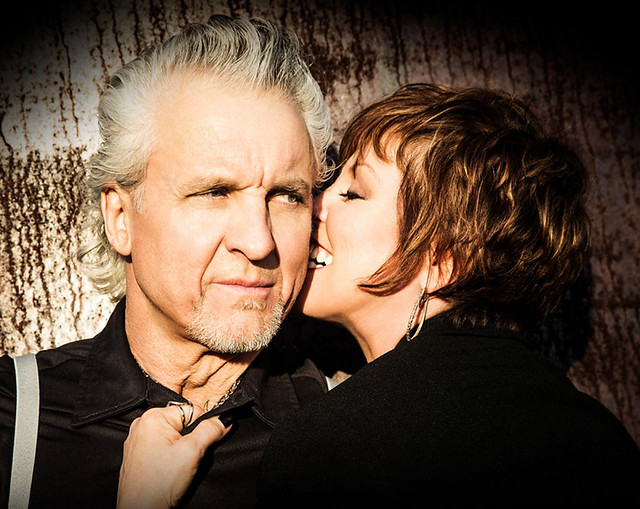 Born in Brooklyn, Patricia Andrzejewski kept the surname of her first husband and scored 17 hits on the Billboard Hot 100 as Pat Benatar! She soon married guitar virtuoso Neil Giraldo, who was in her band from the start, and now the two of them barnstorm festivals and dancehalls from coast to coast.

Watch the official music video for “Love Is a Battlefield” by Pat Benatar on YouTube:

Lest we forget in our excitement — the one-and-only Rick Springfield will perform at MGM National Harbor on Tuesday also! Did you know Neil created that memorable guitar riff for Rick’s “Jessie’s Girl”…?! How about seeing Rick *and* Neil play it live together???

Watch the official music video for “Jessie’s Girl” by Rick Springfield on YouTube:

In a review for Digital Journal, Markos Papadatos praised Pat and Neil’s most recent show in Long Island, New York.

“Overall, Pat Benatar emerged as the Queen of Rock and Roll on Long Island. Doing this ‘very intimate’ acoustic show with Giraldo at The Paramount allowed the audience to hear her powerhouse voice in its purest form. Hopefully, the Rock and Roll Hall of Fame will take notice, and finally induct this deserving rock goddess in there. Their concert at The Paramount earned two giant thumbs up,” Markos said.

Join roughly 3,000 of your new friends to see Pat at MGM National Harbor, but act fast – there are sincerely very few seats left for this killer show. Buy your tickets online.