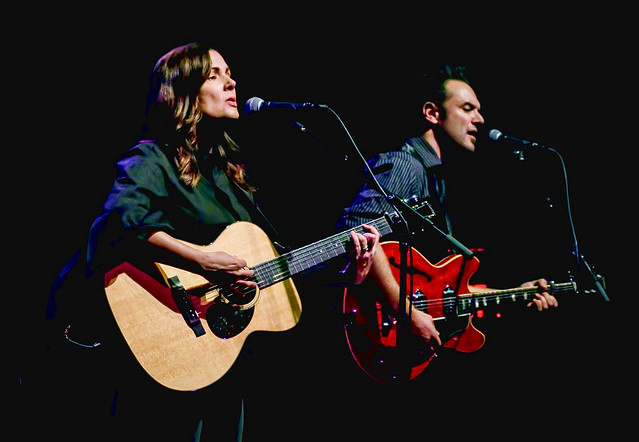 Lori won the Grammy for Best Country Song in 2016 and 2017, for “Girl Crush” and “Humble and Kind” (sung by Little Big Town and Tim McGraw respectively). In addition to her two Grammy wins, Lori has four more nominations. Although her music typically receives acclaim when sung by other artists, Lori snagged three Grammy nominations in 2017 for her own work. “Wrecked,” from her 2016 album, The Rifle and the Bird, was nominated Best American Roots Performance and Best American Roots Song. The album itself received a Best Americana Album nomination.

Lori has also received significant attention from the country music establishment. She’s the first woman to win the Academy of Country Music’s Best Songwriter in the 52 years that organization has existed. That period includes Loretta Lynn, Dolly Parton, and Lucinda Williams, marvelous songwriters who have produced some of the greatest songs and albums in any genre, period. She’s also the first woman to win the Country Music Association’s Song of the Year two years in a row.

Lori is also a mom from Stoughton, in the Boston suburbs. She married her husband, Gene, who she met in the third grade, when she was 19. By the age 20, she’d had the first of of her five kids. She just happens to write or co-write 100 songs a year, which is actually below average by Nashville standards. The suits in Nashville are happy to let her work at our her own pace, however, because she delivers.

Lori is touring behind a new album, The Tree, just released last Friday. The Tree is as good as, if not better than, her previous, Grammy-nominated record. She shared a few songs from it, and she shared some stories about it. Lori told the audience that the muse for the song “People Get Old” is her 83-year-old father, who is soon to celebrate his 84th birthday. Lori’s father has developed the particular quirk that he insists he is a year younger than he actually is, and he says he will be turning 83, not 84. With “People Get Old,” Lori took the images and facets of everyday life and family — there’s nothing in this song that isn’t completely ordinary — and creates something extraordinary and moving.

Watch the official music video for “People Get Old” by Lori McKenna on YouTube:

In interviews, Lori says she likes to keep her songwriting close to home. She doesn’t go for “big questions” or abstractions. Lori pulls songs out of the fabric of everyday life, from observing her family, her neighbors, and conversations. Her songs are often sad; on Sunday, she said that her voice “can make anything sound sad.” There may be some truth to this, but I don’t find all of Lori’s songs sad.

Take, for instance, “The Way Back Home,” inspired by a visit by her third-oldest child home from Los Angeles, where he’s trying to make it as a songwriter, just like his momma. When Lori went to drop him off at Logan Airport, all he had with him to carry his clothes — and he’d been home for a week — was one of those small backpacks. In motherly fashion, Lori questioned where all his clothes were, and what he was going to do on the flight. “It’s like a 17-hour flight!” she exclaimed to the audience. “Do you have a podcast? Do you have to a book to read?”

The resulting song doesn’t seem sad, at least not not me. Take the second verse:

Keep a Twenty in your pocket and a book for readin’/
If the truth hurts in your throat, keep mercy on your tongue/
Remember forgiveness is a choice the, bitter-less are reaping/
That way you’ll always know the way back home

These lyrics encourage me and comfort me. By drawing on the details of her everyday surroundings, Lori creates a sense of home for me, as a listener, untethered to my feelings about any particular place, time, or people. She has a true gift with her music of speaking to deep, common sentiments, and just about anyone can relate to her songs.

I can’t emphasize enough that Lori is one of the very best songwriters working today, and she’s a damn fine musician, to boot. It’s not often that artists of Lori’s impressive pedigree appear at intimate venues like City Winery. If her type of music holds any appeal for you, you should make every effort to see Lori McKenna in concert.