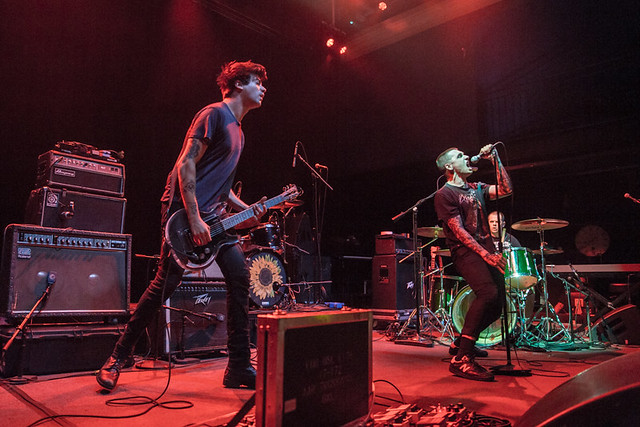 Uniform’s opening set for Deafheaven leads to the release of The Long Walk, their next studio album, due on Aug. 17 via Sacred Bones Records.

Formed in 2013 when vocalist Michael Berdan and instrumentalist Ben Greenberg joined forces. They later added drummer Greg Fox to round out their bleak, post-industrial dystopian cyber-punk.

In a press release, Michael explained the inspiration for the song. “In Stephen King’s book, ‘The Walk’ is a shorthand colloquialism for an annual race ordered by a totalitarian American government called ‘The Long Walk.’ In this contest, 100 boys are made to walk south from the Maine/Canada border at a constant rate of 4mph until only one is left standing. The winner is granted anything he wants for the rest of his life, while a far more nefarious fate awaits the 99 behind him. It is one of the most cynical stories I’ve ever read and speaks volumes to many of the ugliest parts of the human condition.”

He added, “Over time I’ve come to view aspects of the book as loosely parallel to feelings I’ve had towards organized religion and capitalism, where for some people an unattainable ideal is set as an absolute. We allow ourselves to be broken under rigidly defined norms regarding traditional strata, where lack of compliance leads to ostracization and success as dictated by religious and economic rule often leads to the disintegration of one’s own hopes and dreams. As someone existing in late capitalism who sees beauty and personal empowerment in many of the basic tenants of all world religions, these are subjects that I wrestle with constantly.”

The release of The Long Walk follows Uniform’s 2016 EP, Wake in Fright, which introduced songs such as “Habit,” “Bootlicker,” and “Night of Fear.” Uniform plays these songs and others during their tour with Deafheaven, which takes them through Aug. 18 in Los Angeles. Here are some pictures of Uniform performing at 9:30 Club on July 21, 2018. All photos copyright and courtesy of Paivi Salonen. 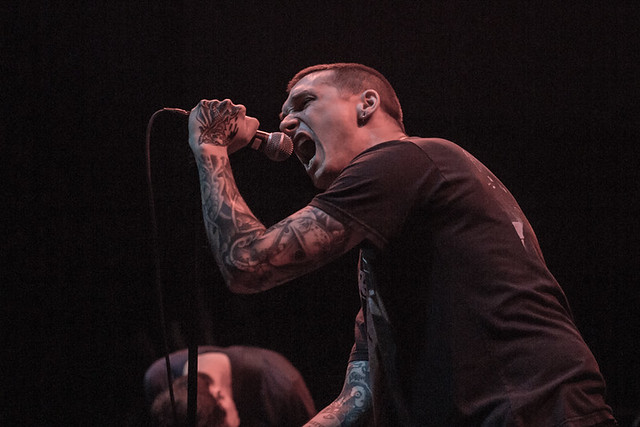 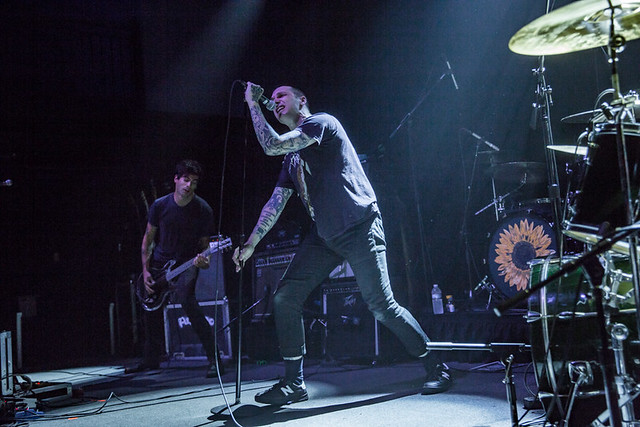 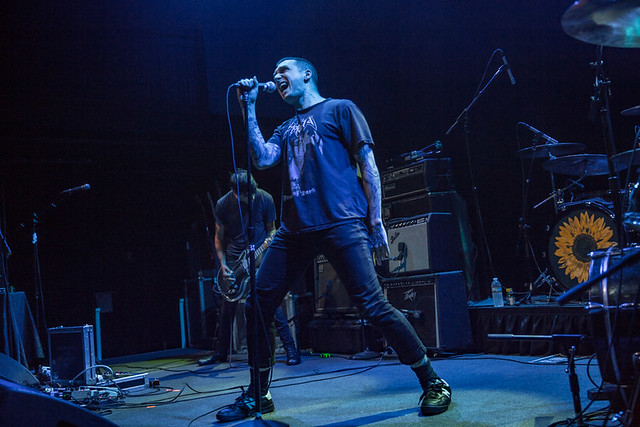 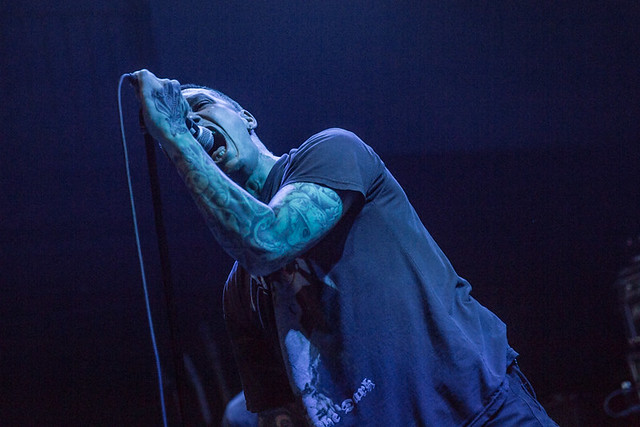 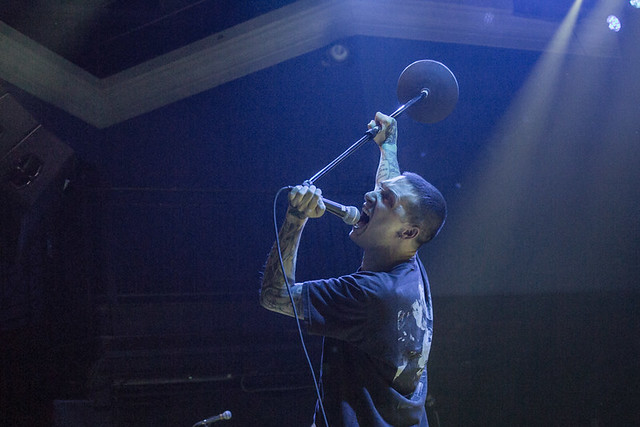 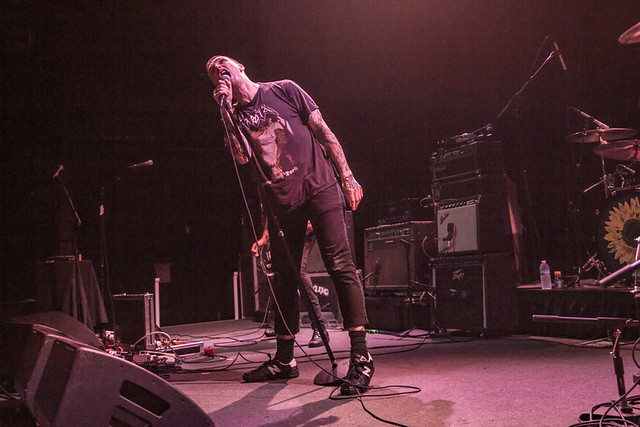 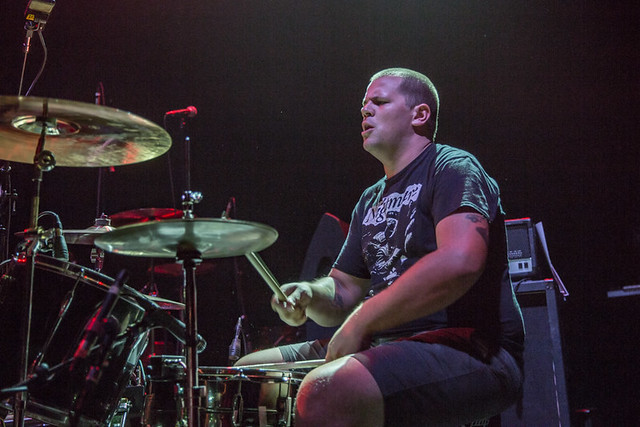 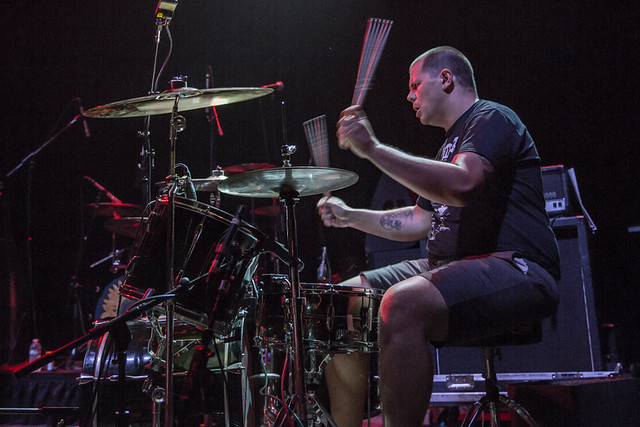 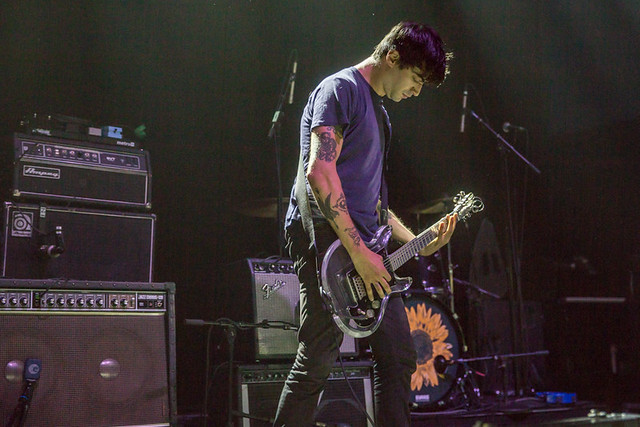 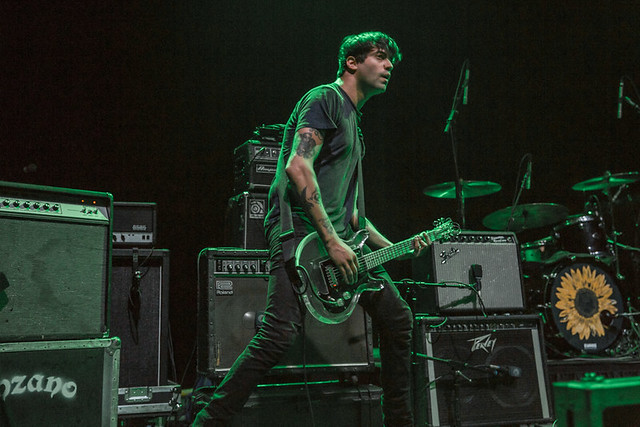 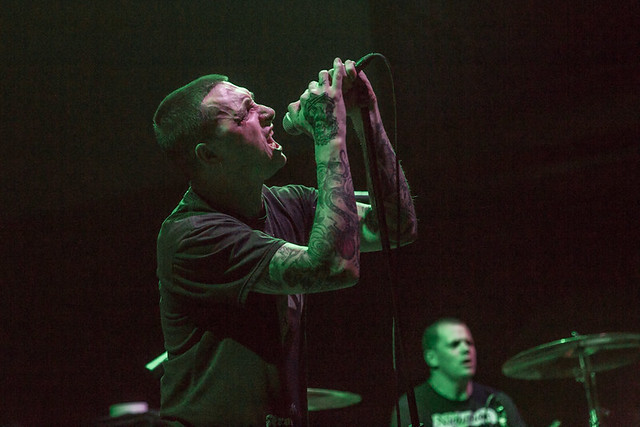 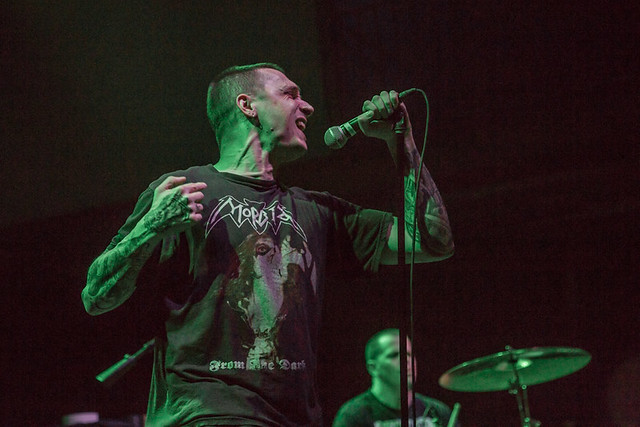 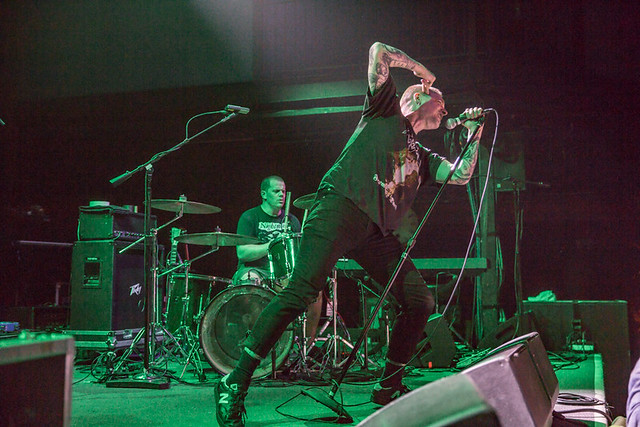 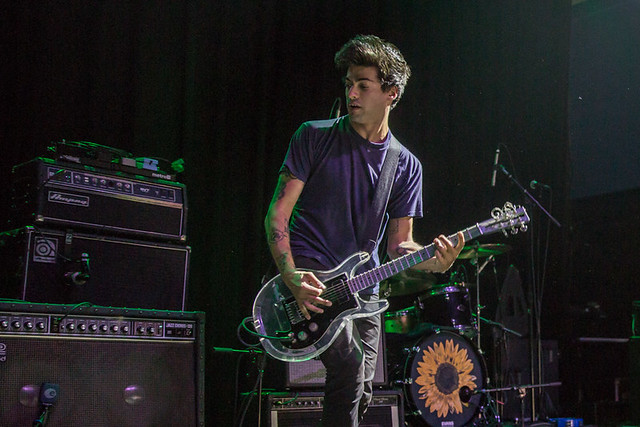 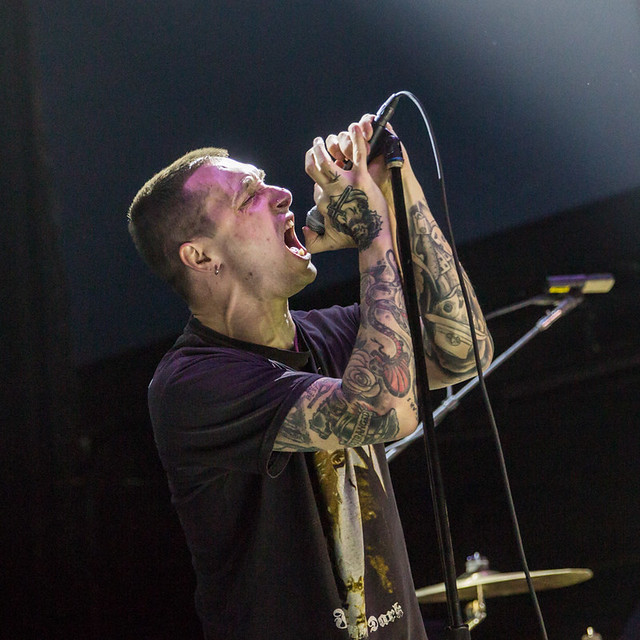 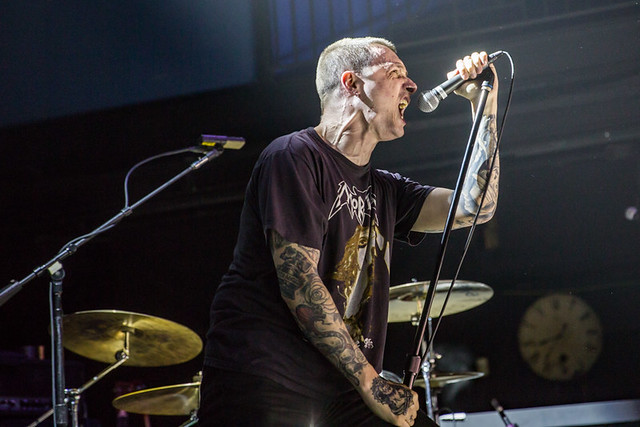 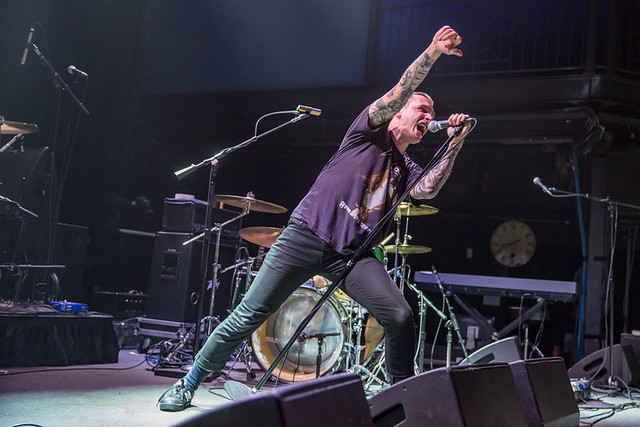 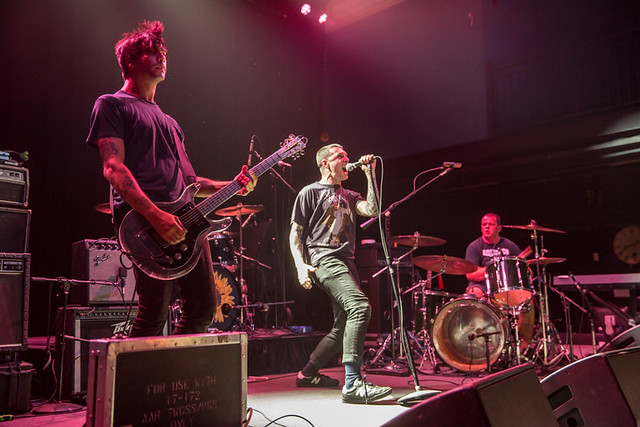 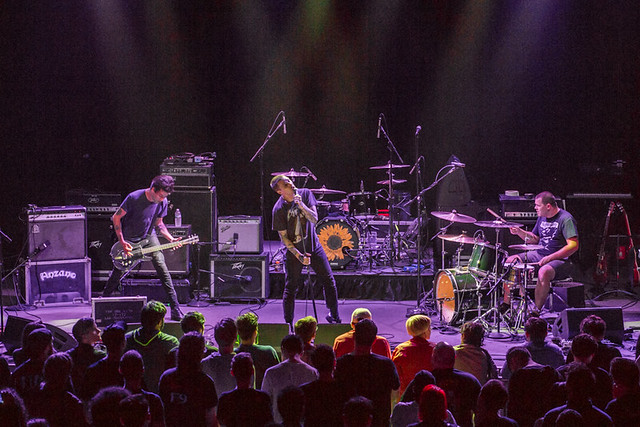