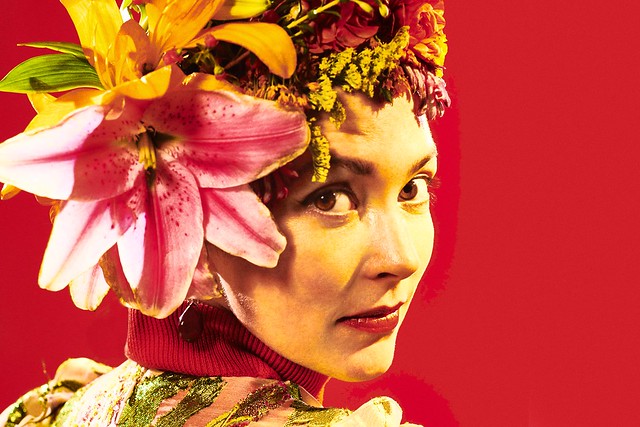 Singer-songwriter and violinist Amanda Shires will release her highly anticipated fifth album, To The Sunset, on Aug. 3 via Silver Knife/Thirty Tigers. And on Thursday, Aug. 2, she will perform those new songs at The Birchmere.

To The Sunset is Shires’ second album with Grammy award-winning producer Dave Cobb, and it’s a collection of tales from a woman’s perspective. According to a press release, the album’s themes range from grappling with self-esteem in “Mirror, Mirror” to mental illness and addiction in standout track “Wasn’t I Paying Attention?” and the power of a changed perspective with a dash of her signature wit in “Break Out the Champagne.”

In a review for Stereogum, Tom Beihan gives Amanda a lot of credit for Jason Isbell’s turn around. As his wife, she helped him beat back some demons, and now they have a family together. She occasionally tours with him as a member of the 400 Unit, and Jason returns the favor with guest turns on Amanda’s latest.

Said Tom in Stereogum: “Shires’ new album is straight-up nasty, grimy Southern rock, unapologetic in its heaviness. Shires even puts distortion all over her fiddle. Her voice never floats over that riffage. Instead, she’s deep in the cracks of her own songs. She sings in an electric yip, the sort of voice that Dolly Parton might’ve had if she’d devoted herself to bar-rock. Shires has the precision of a great country singer, but she never strives for beauty. Instead, she puts herself right into the desperate circumstances of her own characters.”