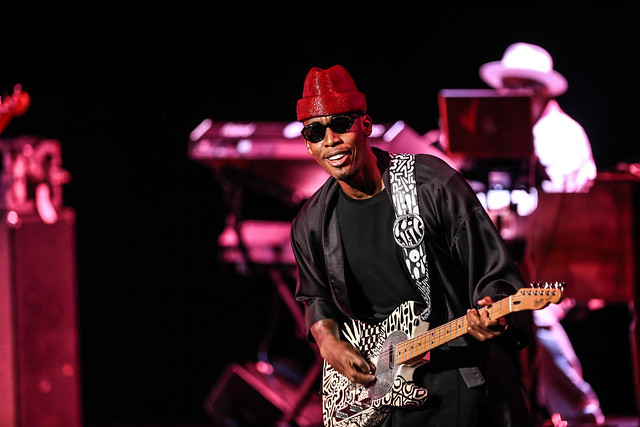 Raphael Saadiq performs at The Kennedy Center on July 27, 2018. (Photo by Jati Lindsay)

Singer, songwriter, producer and all-time soul music great Raphael Saadiq made a recent stop in DC to play for a sold-out audience at The Kennedy Center. The Grammy-winning architect of R&B hits performed music from his illustrious career — past and present

Ali Shaheed Muhammad, best known as DJ/producer for legendary hip hop group A Tribe Called Quest, warmed up the crowd by spinning classic R&B and hip hop. A perhaps oft-forgotten fact is that Ali was also part of Lucy Pearl. That super group consisted of Raphael Saadiq, Dawn Robinson (of En Vogue), and Ali. The trio only released one album, but will forever be remembered for the Grammy nominated single “Dance Tonight.”

Raphael Saadiq began the show seated with his band, playing along to his rendition of the Stereolab guitar-centric instrumental track “Come Andy Play in the Milky Night.” The Zen-like soul ambassador of style and cool strummed away as the song crescendoed and the crowd’s anticipation grew.

Raphael then went into “100 Yard Dash” off his album The Way I See It (2008). The uptempo tune was a throwback to the music made famous by Berry Gordy’s 1960s hit-making Motown label and a perfect start to a show that highlighted Raphael’s own Midas touch.

It has been seven years since Raphael’s last album and about the same time has passed since his last show in DC, but he hasn’t spent the time being idle. In recent years, Raphael has become the musical go-to for film and TV. Last year, he earned an Oscar for the song “Mighty River,” co-written with Mary J. Blige, for the the Netflix film Mudbound. He’s also the composer for many hit shows, including HBO’s Insecure. During the concert, Raphael announced his next solo project. The long-awaited album will focus on addiction and be dedicated to his older brother, Jimmy Lee.

Jimmy lost his battle with heroin in 2002, around the same time that Raphael’s first full-length solo album, Instant Vintage, was released. During the show Raphael opened up about the circumstances surrounding his brother’s death and the toll addiction takes on families. It’s a heavy subject, but Raphael isn’t a heavy dude and neither was Jimmy. He smiled as he told the audience about his brother’s humor and mischievousness.

One of the songs off the new album is titled “Rikers Island,” after the infamous New York city prison. Prior to the song Raphael shared his observations and the heartache of visiting his older brother in prison. Even as a child, he noticed the contrast between the people visiting their family members behind bars and the lawyers there to represent the families. The prison parking lot illuminated the inequity as the benefactors of the legal system drove off in expensive cars. The song was a powerful protest song with a pointed chorus and Raphael’s trademark soul.

There’s no shortage of inane debate and chatter on the internet, but Raphael finds the discussions of his musical legacy particularly amusing. He told the audience that there appears to be many people that think he’s one of the most “slept on” musicians of our time. I happen to fall into that category. He has been making hits since the ‘80s and is arguably a musical genius of the same ilk as Prince, but the chatter doesn’t seem to get to his head. “I’m still surprised when people like my stuff,” Raphael told the crowd. There’s plenty to like!

The Oakland artist told the audience that he does some of his best thinking listening to music during late night drives around the city. He invited the crowd to join him in the passenger seat as he cranked up the radio, and we cruised along to the hits that he has written and/or produced. He performed snippets of well-known R&B classics like Erykah Badu’s “Love of My Life (Ode to Hip Hop),” D’Angelo’s “Untitled (How Does it Feel)” and “Lady,” Total’s “Kissing You,” and to the surprise of many Solange’s “Cranes in the Sky.”

“Little sister had a good year, didn’t she? I’m a baaaaaad man,” he joked as the audience sang along to Beyonce’s sister’s breakout hit.

Other songs performed during the show included: 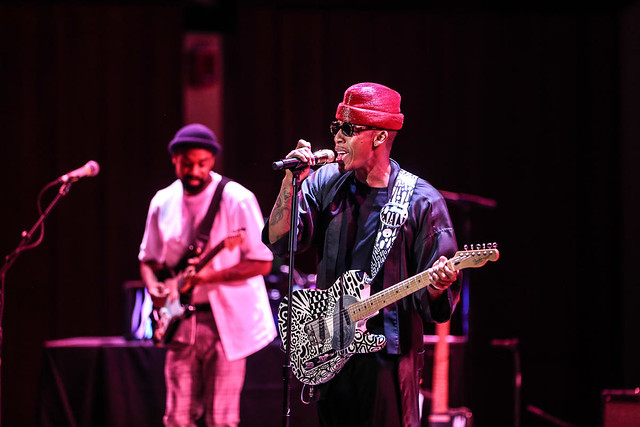 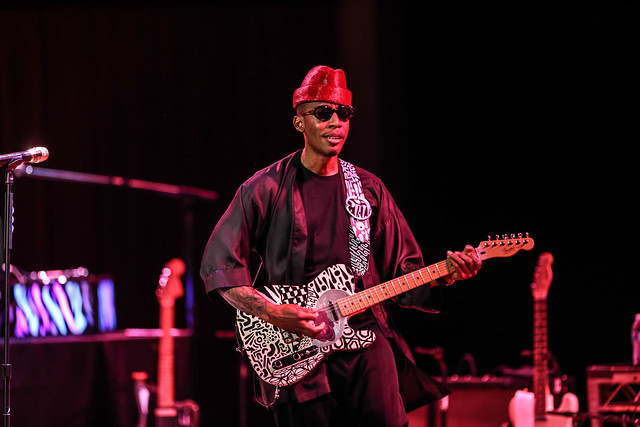 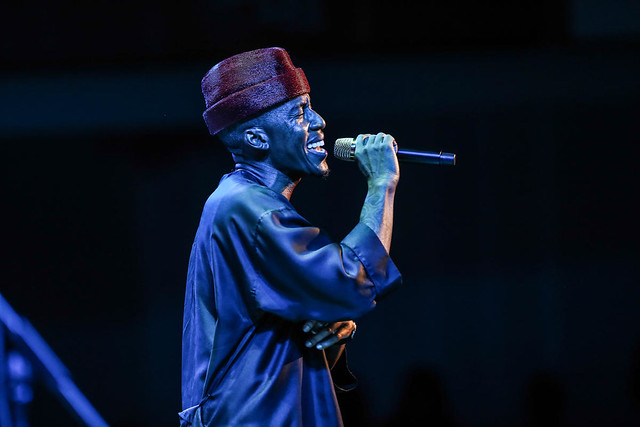 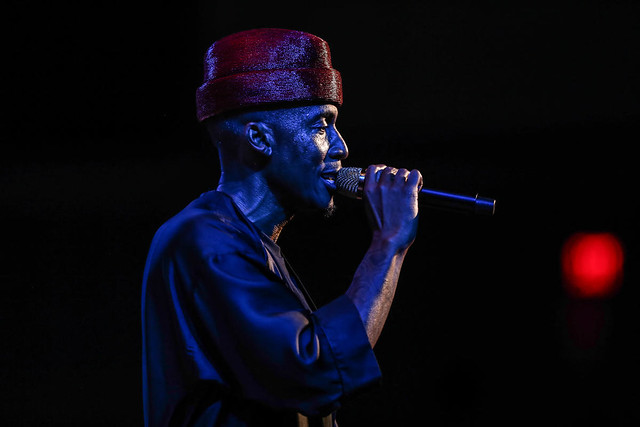