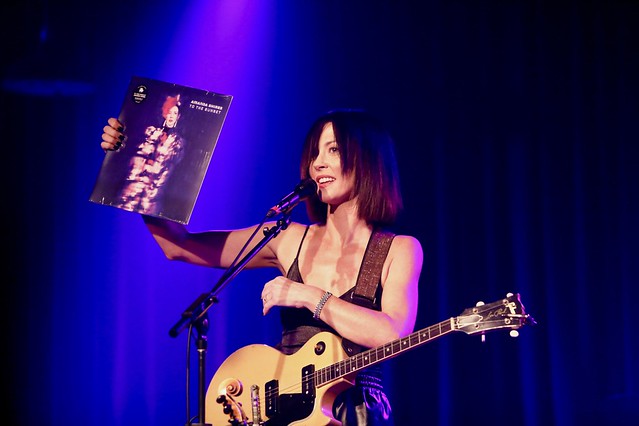 Amanda Shires performs at The Birchmere in Alexandria, Virginia, on Aug. 2, 2018. (Photo by Glenn Cook)

Amanda Shires thrilled the crowd at The Birchmere on Thursday with selections from her new album, To The Sunset, and delighted them with her fun, quirky personality. Amanda is an absolutely lovely woman, and she could be really intimidating, but her fun, slightly goofy personality gave her a warm, endearing stage presence.

Amanda’s personality was perhaps best captured in the moment when she gave the audience fellow musician Todd Snider’s personal email address, then held her hand up to her mouth, sarcastically commenting on having said she shouldn’t. Hilariously, Todd Snider still uses AOL (I’m not giving you the address). What’s even funnier, the audience then learned that Chris Isaak does, too (although we didn’t get his address), which makes perfect sense, as when I imagine Chris Isaak, he exists in a pocket dimension where the ’90s exist in perpetuity.

At The Birchmere, Amanda’s appearance fell on the night before the release of her new album, To The Sunset, via Silver Knife Records. The album is more pop-oriented than her previous work, and Amanda has traded her trademark fiddle for electric guitar and electric violin. In a live performance, I can’t explain this, but Amanda’s vocals sounded cleaner when she was playing guitar. To The Sunset is also widely called her best album yet, and she played its best songs, including “Eve’s Daughter,” “Parking Lot Pirouette,” and “Break Out the Champagne.”

(Oh by the way, Amanda’s husband, Jason Isbell, plays lead guitar on the album. When she is not touring independently, she sings and plays the fiddle in his band, the 400 Unit. The couple has one child together, a toddler.)

Listen to Amanda Shires’ latest album, To the Sunset, on Bandcamp:

On Thursday morning, Amanda and her band appeared on NPR’s All Songs Considered to promote the album. The played a substantially shortened version of one of their new songs. On Thursday night, when they played that same song, Amanda hadn’t “reset” and went into the cut version of the song, while the band played it correctly. Amanda and the band talked it over briefly and worked out the problem. She then saw someone in the audience recording her and shamed them, “Are you recording me? Here we are, trying to do something nice for you, trying to play something we haven’t played, that’s not nice.”

We learned the real-life story behind the song “Bulletproof” from 2013’s Down Fell the Doves. As the song goes, Tiger Bill did indeed give Amanda “a real Siberian tiger claw, from a real Siberian tiger paw.” Tiger Bill approached her after a show at a merch table with a brown paper bag, leading Amanda to assume, I am shocked to report – shocked, shocked I say – that this gentleman was bringing her weed, when he was in fact bringing her an enchanted tiger claw. Exactly how the claw was supposed to operate was not explained. In the song, the claw is in Amanda’s pocket, but such a charm might more commonly be worn on a string around the neck.

From Todd Snider’s email address to tiger claws, Thursday was a special evening at The Birchmere. The audience gave Amanda a station ovation, clearly delighted with the evening’s engaging performance. You’ll be delighted too should you see Amanda perform in a theater near you.

Here are some photos of Amanda Shires performing at The Birchmere on Aug. 2, 2018. All photos copyright and courtesy of Glenn Cook. 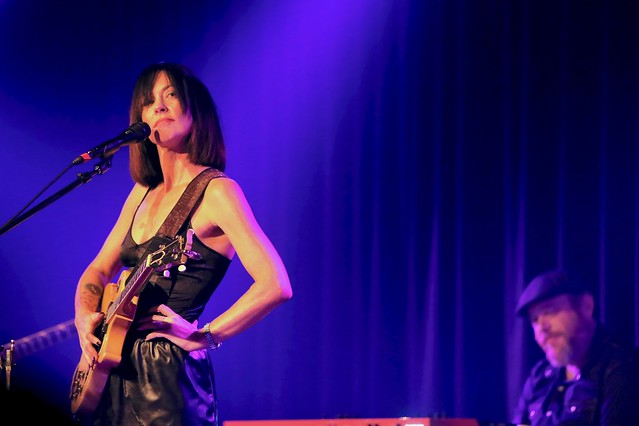 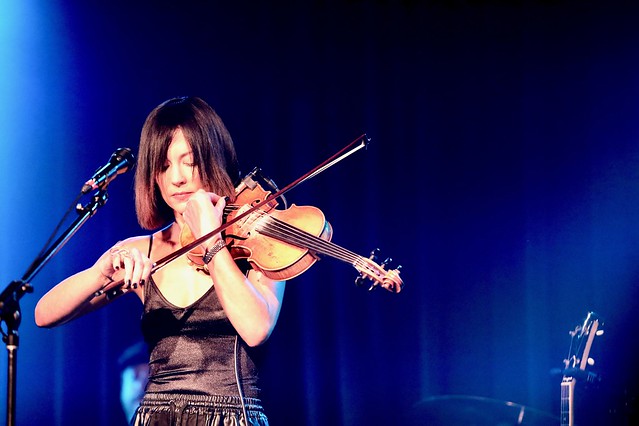 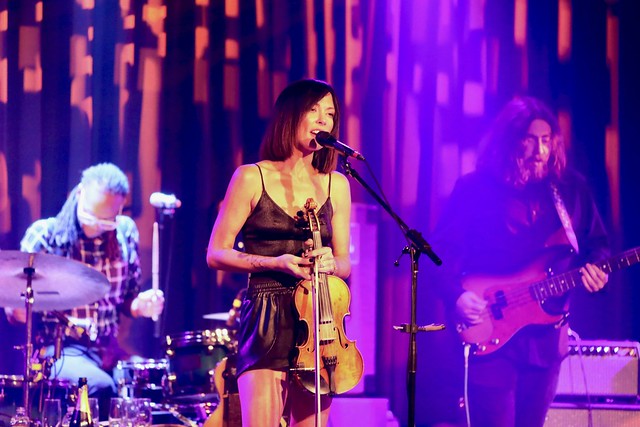 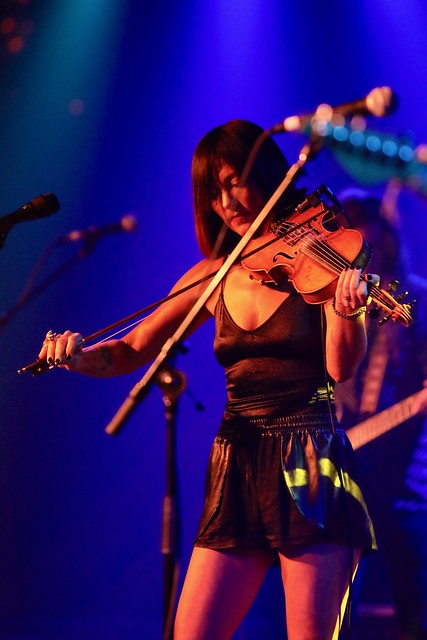 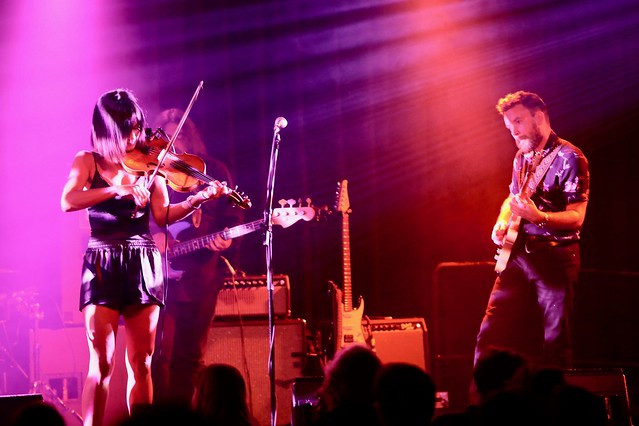 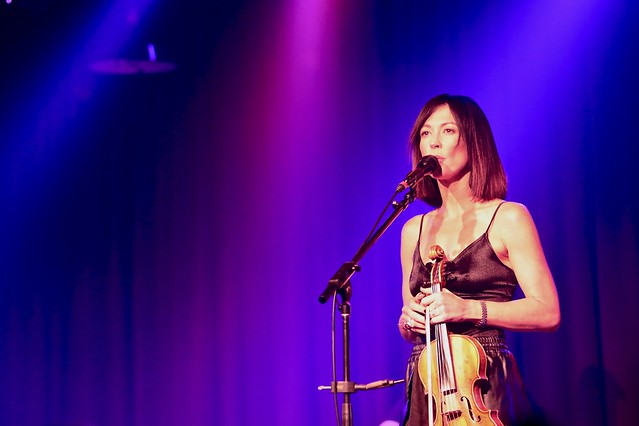 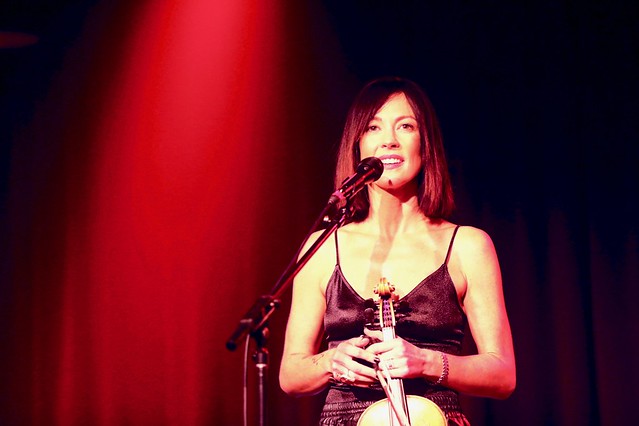 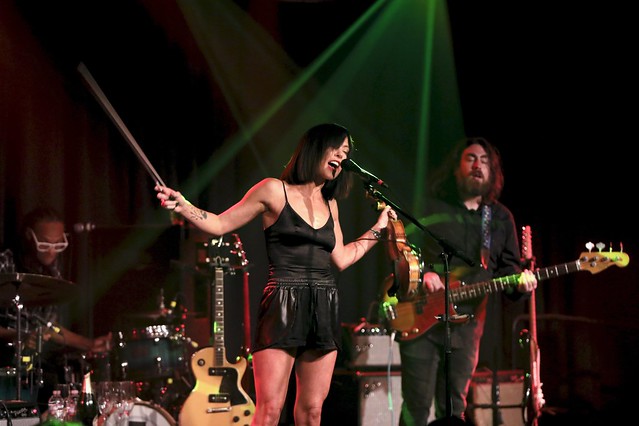 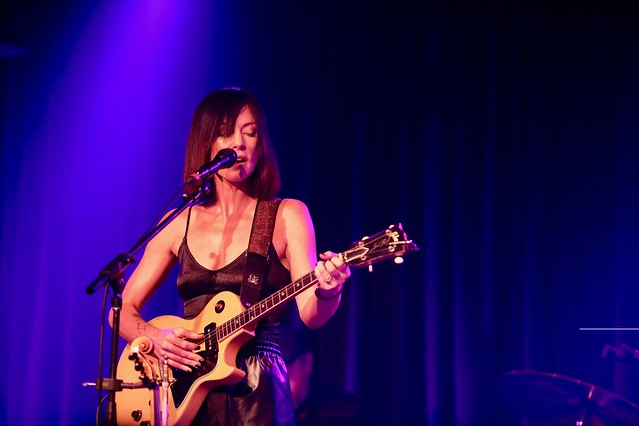 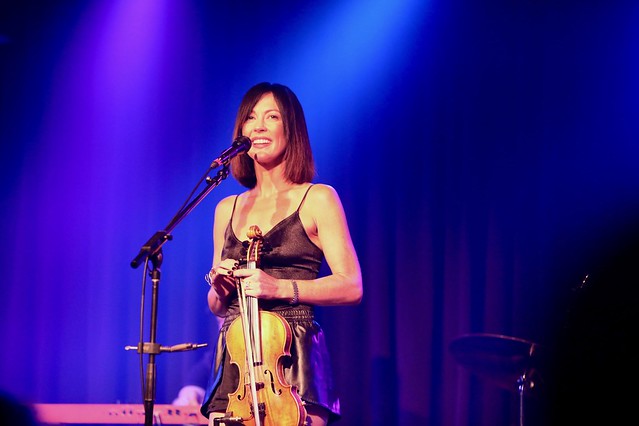 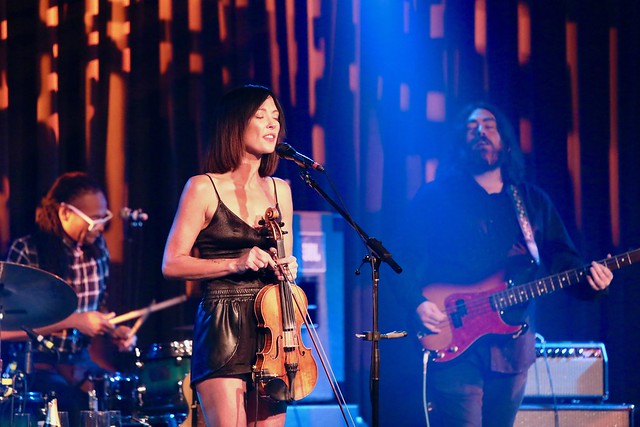 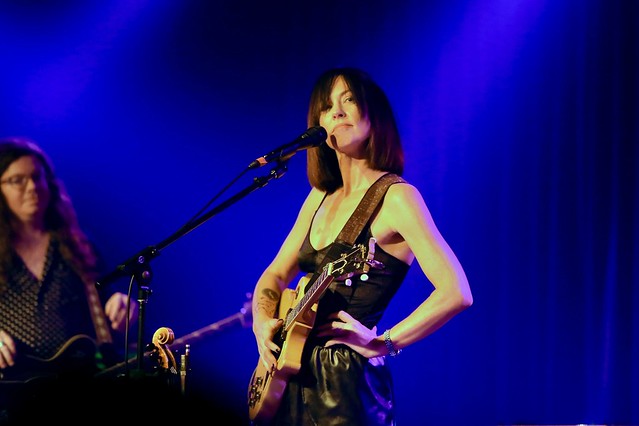 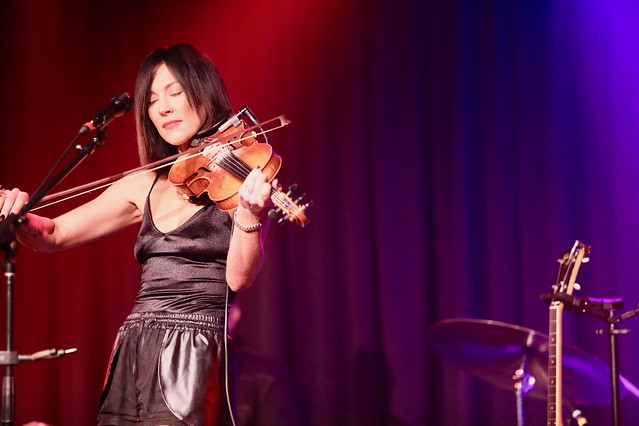 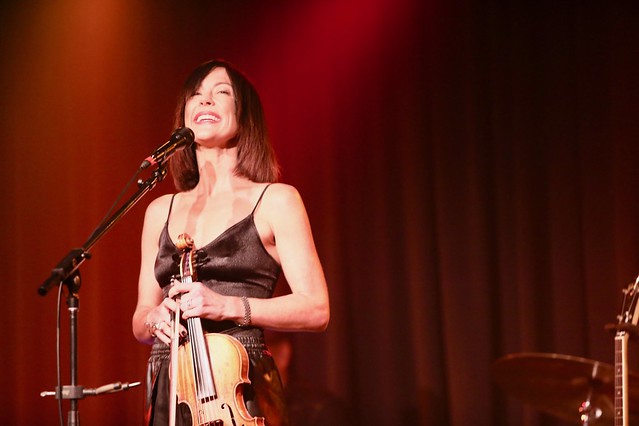