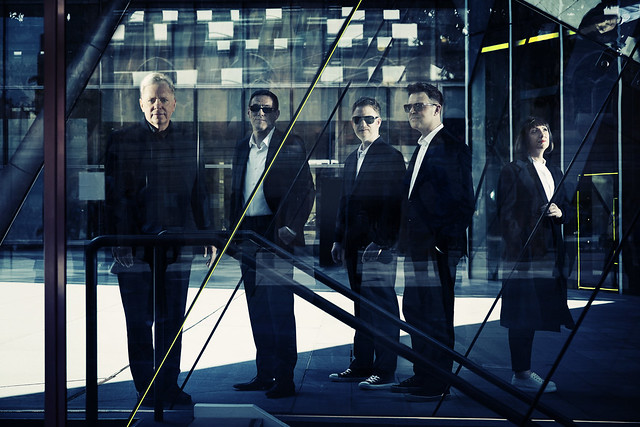 New Order will play only four North American dates in August, and the only one on the US east coast is at The Anthem! And only a handful of tickets remain for that show on Tuesday, Aug. 28. Act fast to buy yours now.

The Manchester-based quintet last released Music Complete, their 10th studio album, in 2015, and what an album it was! “New Order returns after a 10-year absence, rejoined by founding keyboardist Gillian Gilbert for an often exhilarating set of electronic pop that reminds everyone why this is one of the greatest dance bands of the modern era,” said the Boston Globe in its review of the album.

Recent setlists reveal songs from the band’s heydey, including “Subculture,” “In a Lonely Place, “Bizarre Love Triangle,” and more! This will surely be one of the top shows of the year.

Remember to beware if buying resale tix once this show is sold out! The Anthem reminds us that tickets for “Super Excellent Seats” can only be picked up and only be used by the person who made the purchase (or a verifiable friend/relative) in order to protect from scalpers.