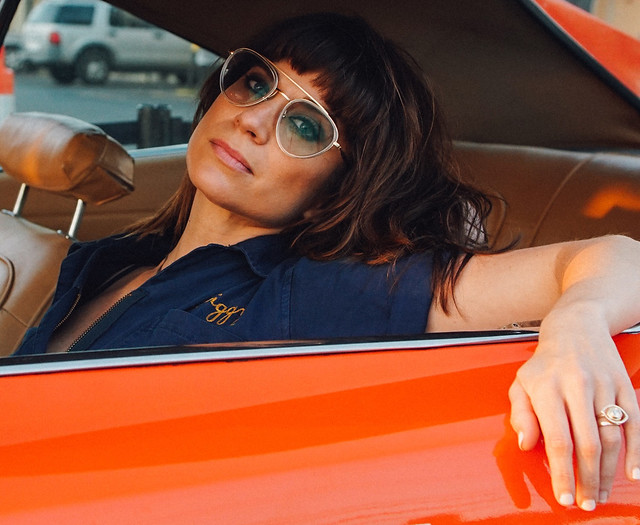 Nicole Atkins released Goodnight Rhonda Lee, her fourth full-length album, via Single Lock Records last year. She’s been touring a lot, and next she comes to Wolf Trap on Saturday, Aug. 18, to open The Avett Brothers. The show is sold out, but arrive early to catch Nicole if you’re going!

Recently, Nicole released a video for her song “A Little Crazy,” a single from Goodnight Rhonda Lee.

“I’ve always made videos with a story or strange comedic twist to them. ‘A Little Crazy’ is one of the most simple yet powerful songs I’ve ever written so I wanted the video to be simple and classic,” Nicole said.

“I met photographer Rett Rogers… [and] We talked about old Sandro, Old Grey Whistle Test, and Midnight Special videos and how I wanted to make something that could have easily been mistaken for one of those. One year later, we made it. I’ve also found great comfort in my cat when I’m feeling a little crazy, so Rett’s cat Huey decided he was ready for his closeup during the middle eight of this song.”

Watch the official music video for “A Little Crazy” by Nicole Atkins on YouTube:

Nicole lost herself in Nashville for a bit, but then took advice from her friend Chris Isaak. Chris reportedly told her: “Atkins, you have a very special thing in your voice that a lot of people can’t or don’t do. You need to stop shying away from that thing and let people hear it.” He then collaborated with her on “A Little Crazy.”

Go to Wolf Trap early for Nicole Atkins! The show is sold out.