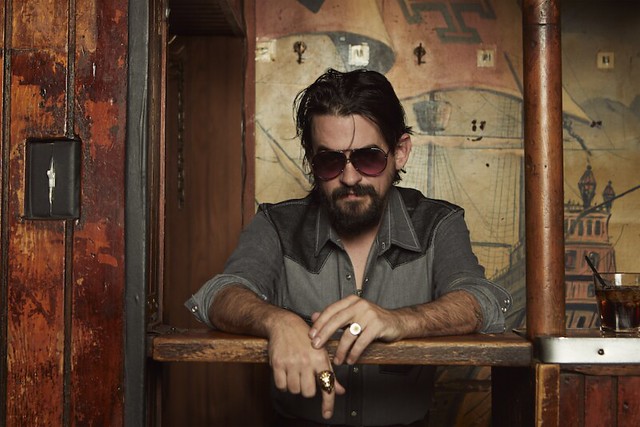 Heralded by Rolling Stone as one of 2018’s “30 Most Anticipated Albums,” Shooter is Jennings’ eighth album. According to a press release, “Denim & Diamonds,” the third single from Shooter, “is a dark and smoky acoustic guitar and bass-driven paean to the late ‘80s/early ‘90s line dancing culture that thrived in dive clubs across the country… a scene he judged harshly while growing up, yet now looks back on with fondness as he reflects upon the carefree days of youth, wondering where the people who partied in these clubs are today.”

About Shooter, Rolling Stone said, “country-rock-electronica mad scientist Shooter Jennings looked to his outlaw lineage, cutting an album of stripped-down classic country in the vein of his dad Waylon and one of his heroes, Hank Williams Jr.” Shooter, reflecting on his latest release, said, “It’s the most country album I’ve ever done.”

“Made up of just nine tracks, it’s a succinct but rowdy listen and reunites Jennings with Grammy-winning superproducer Dave Cobb, who received his first-ever country producer credit on Put the ‘O’ Back in Country.”