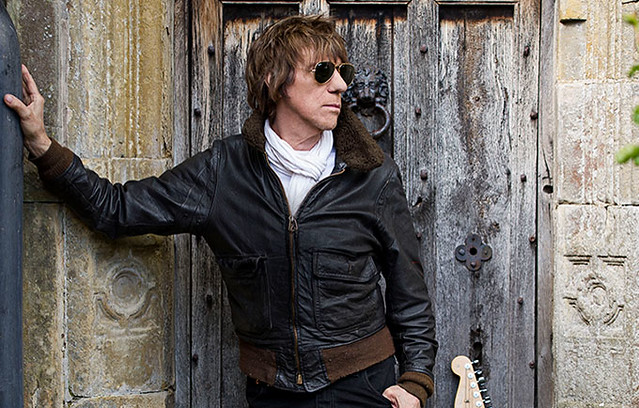 Iconic rock musicians Jeff Beck and Paul Rodgers are currently on their joint “Stars Align Tour,” but on Monday, Aug. 20, Jeff will step away for a solo show at Wolf Trap! Ann Wilson of Heart, who is opening the Stars Align Tour, will join Jeff for this special concert.

Jeff Beck has been one of rock’s foremost guitarists for more than 50 years, during which he has earned eight Grammy Awards, and he’s been ranked by Rolling Stone as one of the “100 Greatest Guitarists of All Time.” Jeff has been inducted into the Rock & Roll Hall of Fame twice, first as a member of the Yardbirds and again as a solo artist.

In 2016, Jeff celebrated 50 years of his musical career with a tremendous performance at the Hollywood Bowl. Jeff Beck: Live At The Hollywood Bowl is available for purchase.

Jeff released Loud Hailer, his 11th solo album, in 2016 via Atco Records. In a review for Consequence of Sound, Robert Ham praised the welcome album.

“Loud Hailer feels like the product of someone wanting to make a contemporary record, someone who is paying close attention to the sounds of modern music and wanting to reflect that in his own work. For the most part, Beck achieves this lofty goal with a bluntness and political fervor that marks it as an unusual but welcome entry in his discography,” Robert wrote.