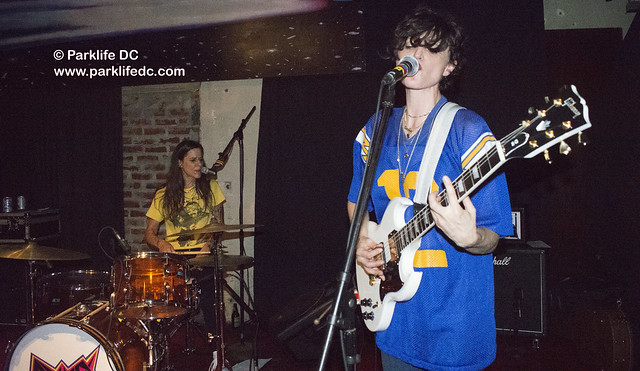 There are few concerts more fun these days than a Bat Fangs show, as Betsy Wright and Laura King reminded us at Comet Ping Pong on Thursday. The ladies blasted into a rollicking set that produced a rather euphoric buoyancy throughout the audience, who packed the room to catch Bat Fangs on tour with The Love Language.

The best thing about a Bat Fangs show is how psyched the band is to play. Betsy was a revelation on guitar, digging in behind her microphone, trotting to center stage to jam with her bandmates, and getting blissfully lost in her own music. Laura on drums was equally vigorous, emphatically and joyously lighting fires with her drumsticks.

Joining Betsy and Laura, as usual, was Aaron Deal of Darkest Hour on bass, and he also was amazing to behold. Aaron would totally get into the zone, and his expression would become one of totally transcendent peace — then that contentment would spread to the crowd as well! The big guy could easily look intimidating if he chose, so his sheer delight in performance produced a significant part of the Bat Fangs’ stage presence.

Over the course of roughly 10 tunes, Bat Fangs banged out songs about living on the edge, taking control, and even being in love by way of their “monster themed” self-titled album, published earlier this year by Don Giovanni Records. Highlights included the devil-may-care “Rock the Reaper,” the driving “Wolfbite,” and band theme song “Fangs Out.” In a one-song encore, Bat Fangs paid tribute to one of their sonic influences, Poison, with a cover of “Talk Dirty to Me.” As ever, Betsy actually drew from a range of sounds, sometimes shifting into glam, psychedelic, garage, or hard rock to meet the demands of each number.

Bat Fangs wrapped their tour with The Love Language in Brooklyn on Saturday, and we at Parklife DC hope to see the band return in the near future. [Edit: It was announced today Bat Fangs will open Roky Erickson at Black Cat on Oct.28!] Soon, Betsy undoubtedly however will be a bit busy as bassist in Ex Hex, as the DC power pop trio reportedly will release a second album in the near future, and they have scheduled a rush of fall concert dates.

Here are some pictures of Bat Fangs performing at Comet Ping Pong on Aug. 16, 2018. 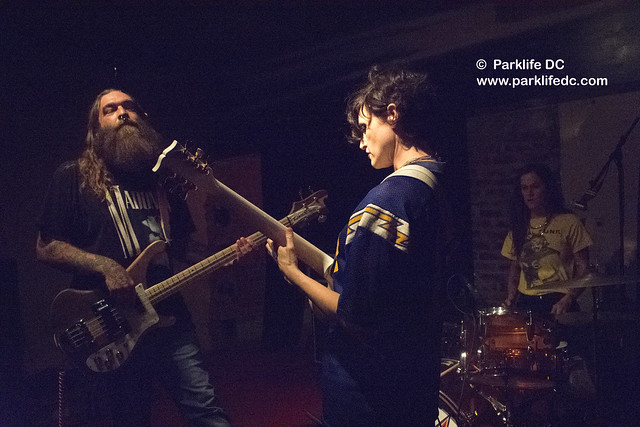 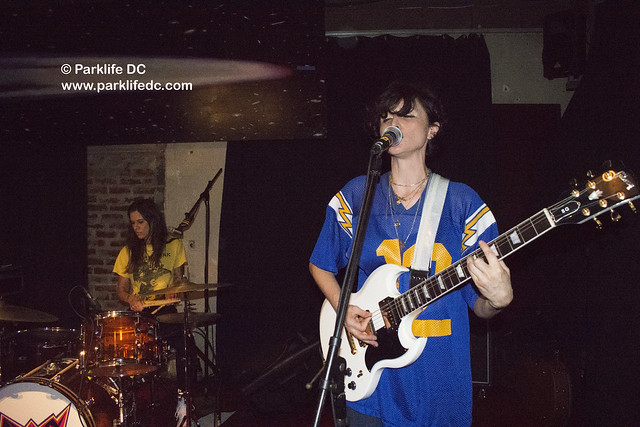 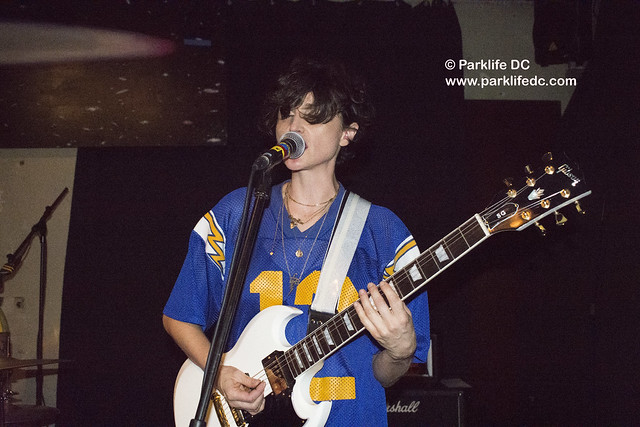 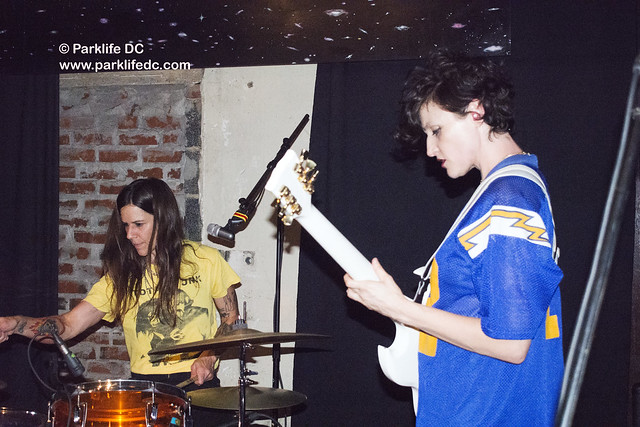 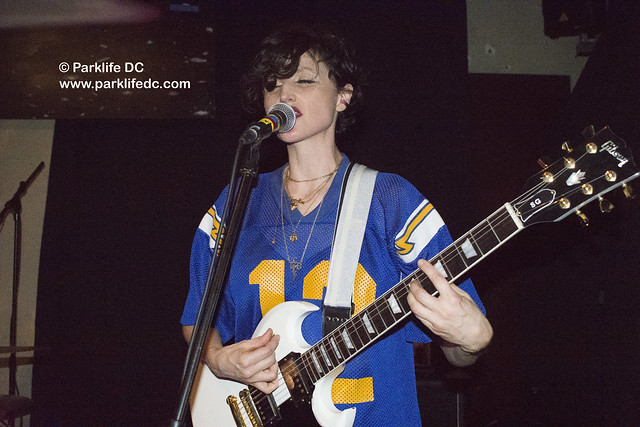 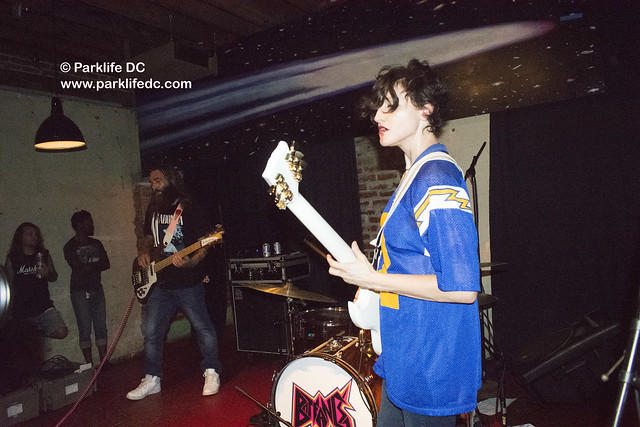 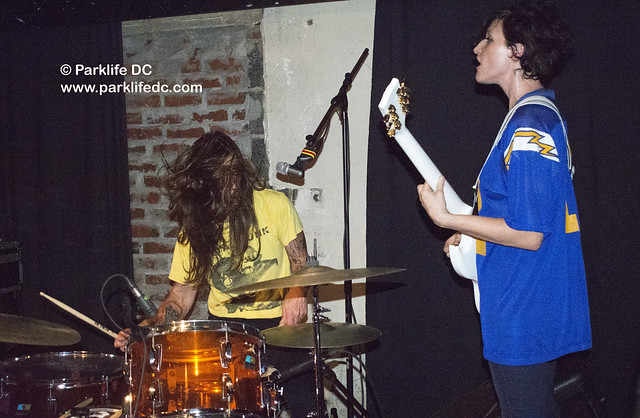 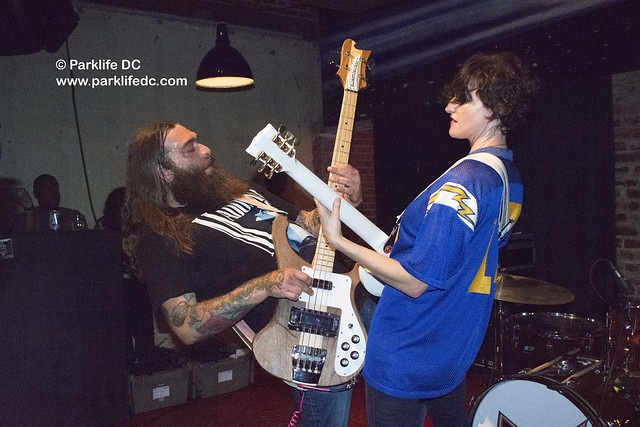 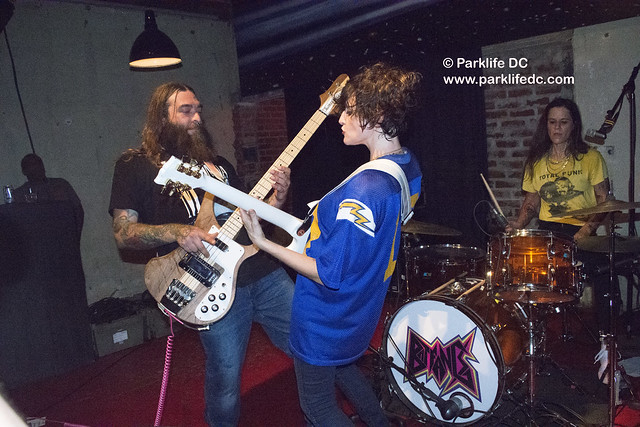 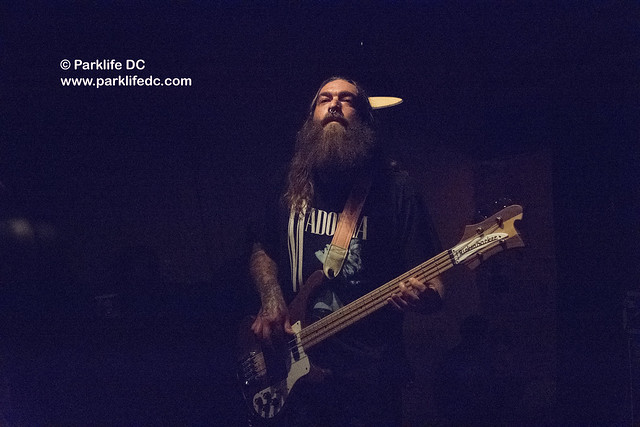 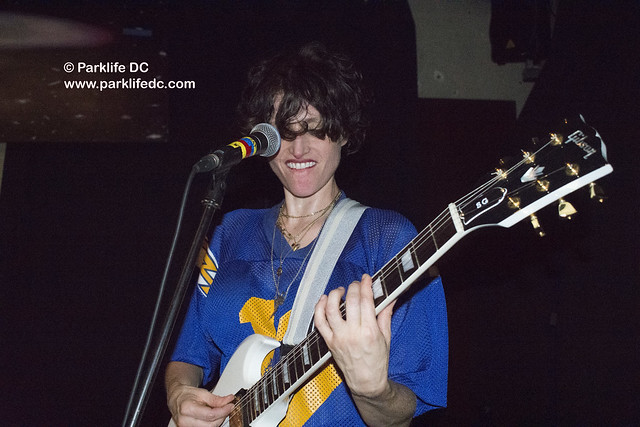 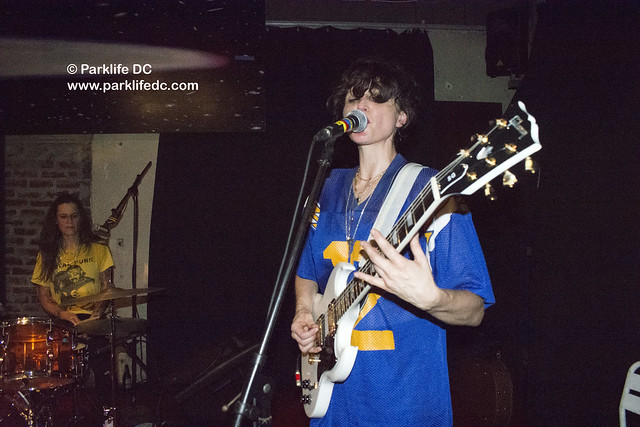 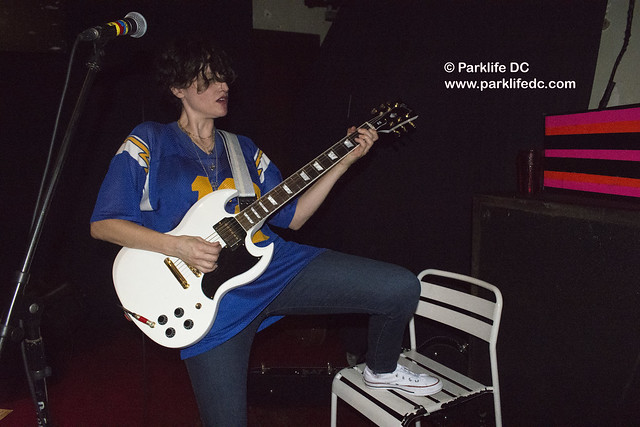 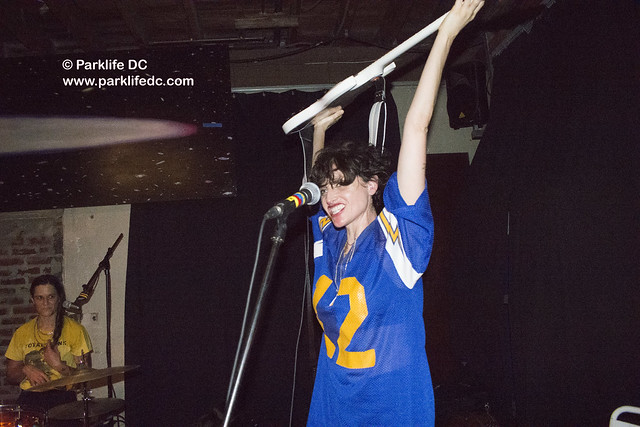