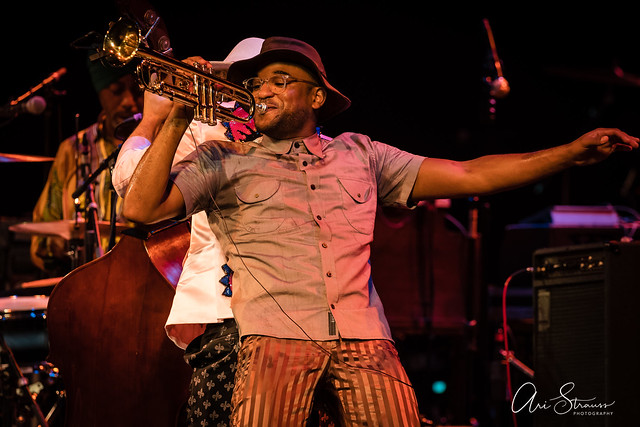 The band took the stage in a somewhat melancholic manner as Aretha Franklin’s “(You Make Me Feel Like) A Natural Woman” played over the PA, a tribute to the Queen of Soul, who passed away earlier that day. While the song played, the band stood together silently at the front of the stage and swayed to the song with the audience.

After the brief Aretha tribute, the Preservation Hall Jazz Band quickly got to work and brought the sounds of the French Quarter to Wolf Trap. The band’s set featured special guest Kermit Ruffins, who provided vocals and trumpet on a couple numbers halfway through the set. Preservation Hall Jazz Band released So It Is, its most recent studio album, in 2017 via SubPop.

Listen to So It Is by Preservation Hall Jazz Band on Bandcamp:

Preservation Hall Jazz Band featured Ben Jaffee on bass, Clint Maedgen on saxophone, Ronell Johnson on trombone, Walter Harris on drums, Kyle Roussel on keys, and Branden Lewis on trumpet. Charlie Gabriel, the 86-year-old New Orleans jazz legend, played saxophone and clarinet with the band, but he is not currently on the tour.

Check out some photos of Preservation Hall Jazz Band’s performance at Wolf Trap on Aug. 17, 2018. Images are copyright and courtesy of Ari Strauss. 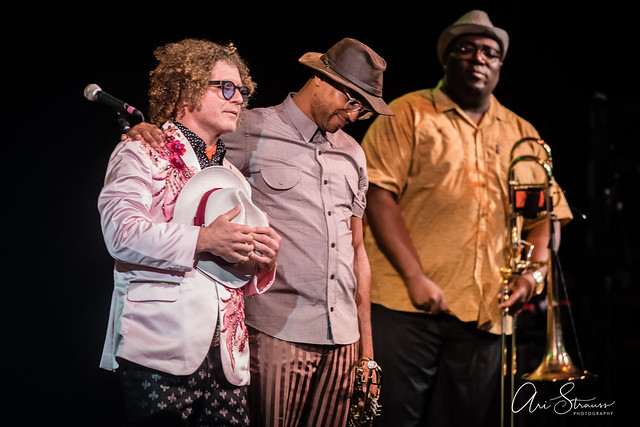 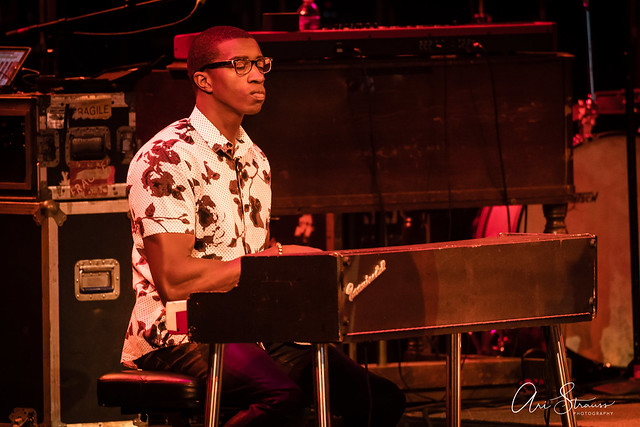 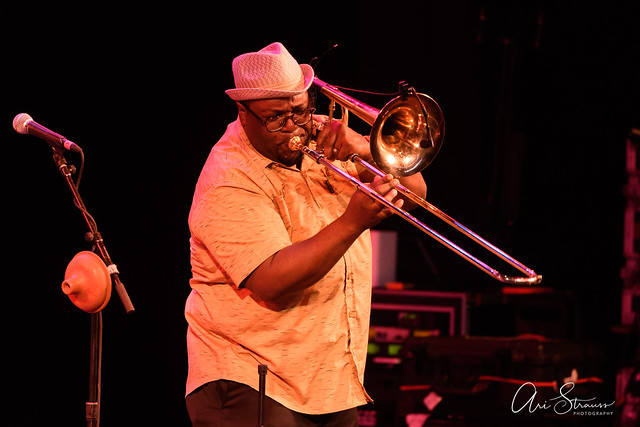 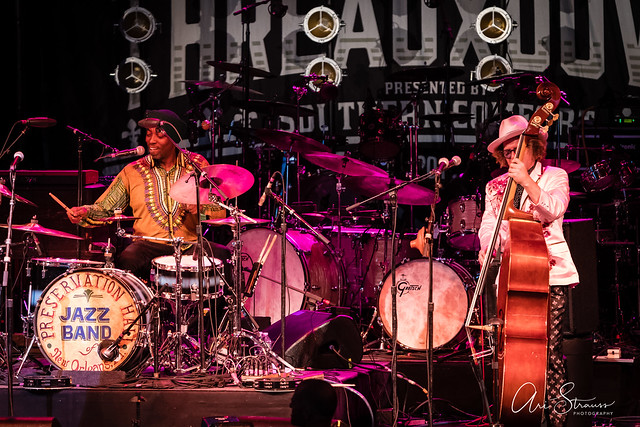 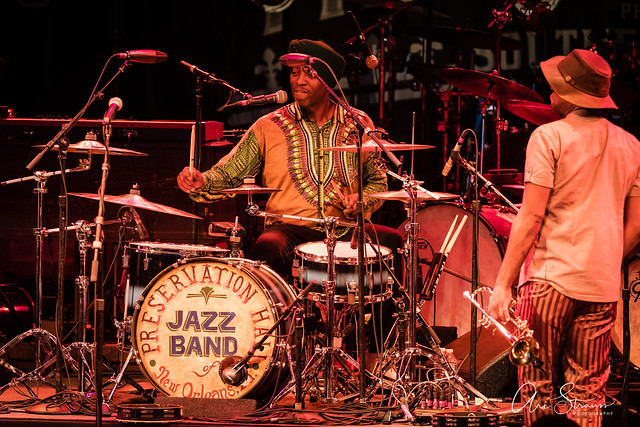 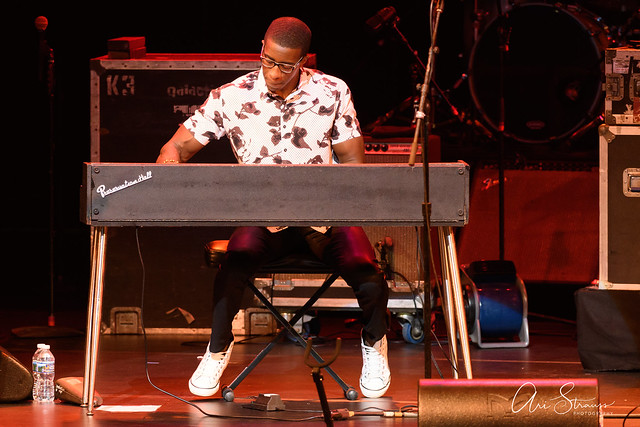 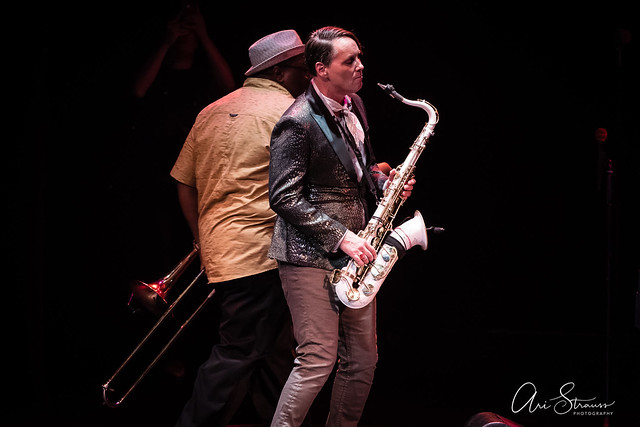 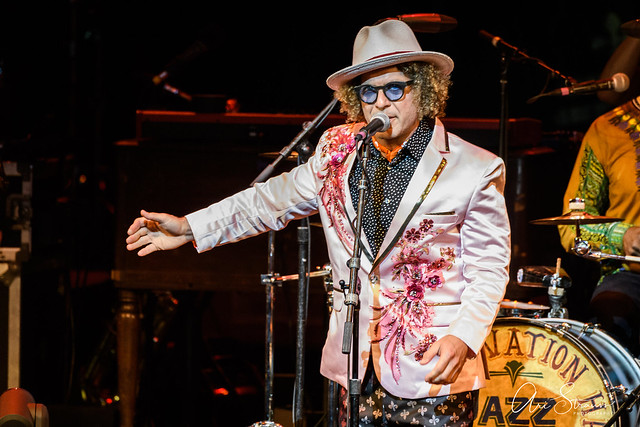 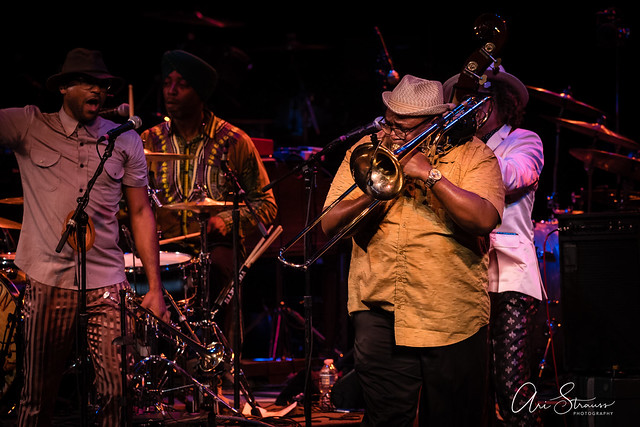 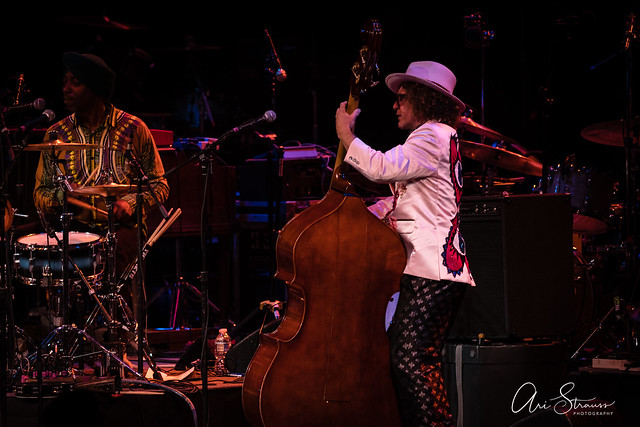 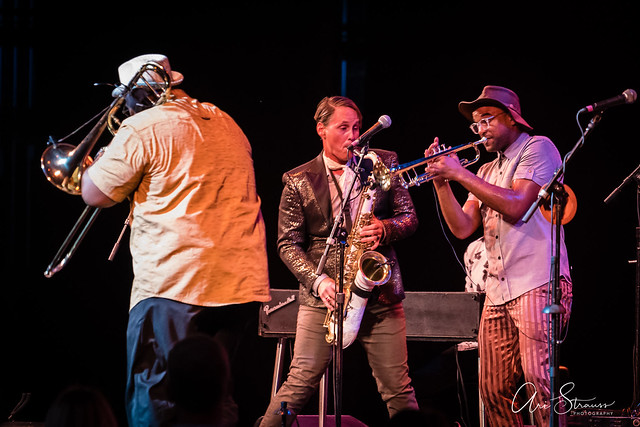 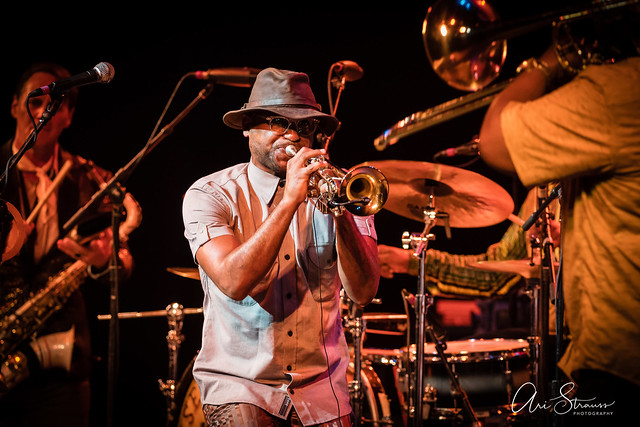 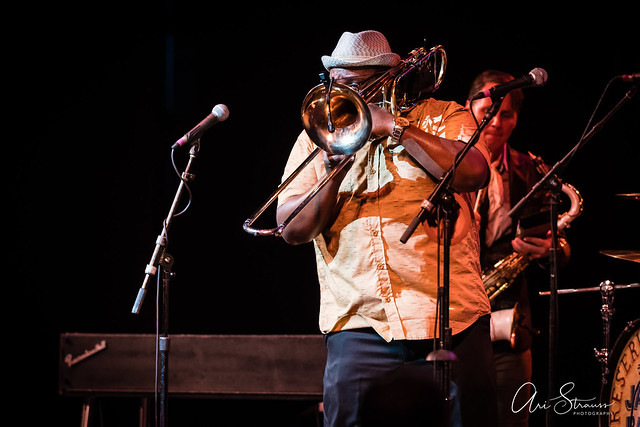