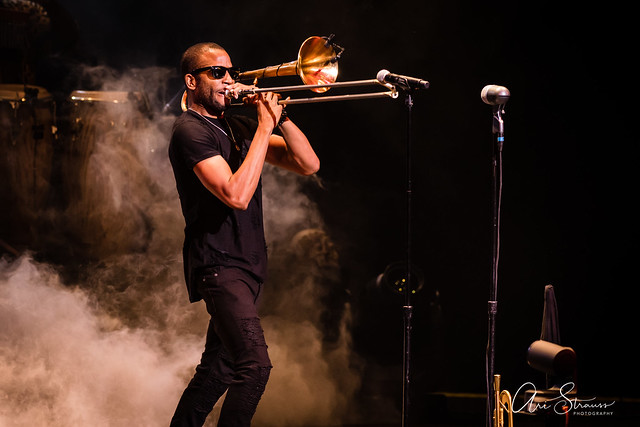 The City of New Orleans celebrates its 300th Anniversary in 2018. To celebrate his hometown’s tricentennial, its rich cultural heritage, and its unique flavor of music, Trombone Shorty handpicked an all-star line-up of Crescent City musicians to tour the nation as Trombone Shorty’s Voodoo Threauxdown. The revue brought the spirit and the sound of New Orleans to Wolf Trap on Friday.

“New Orleans is the best place in the world,” said Trombone Shorty when announcing the formation of Voodoo Threauxdown. “I want to bring people the experience of New Orleans — I always encourage people to come to the city and see what made me, what influenced me, but not everyone can come visit. Plus, there’s a lot of other musicians in the city who feel the same way, who play this music and have their own take on keeping tradition alive. With this show, my friends and I want to spotlight New Orleans, bring joy and fun and partying to the nation, because that’s what New Orleans creates. That’s what our music is about.”

Troy “Trombone Shorty” Andrews has been described as part Jimi Hendrix, part James Brown, and all New Orleans. His band, Trombone Shorty & Orleans Avenue, plays with a hard-edged funk sound that blends together brass band and jazz improvisational elements with a rock and hip-hop influence.

Check out some photos from Trombone Shorty and Orleans Avenue when the Voodoo Threauxdown visited Wolf Trap on Aug. 17, 2018. All images copyrighted and courtesy of Ari Strauss. 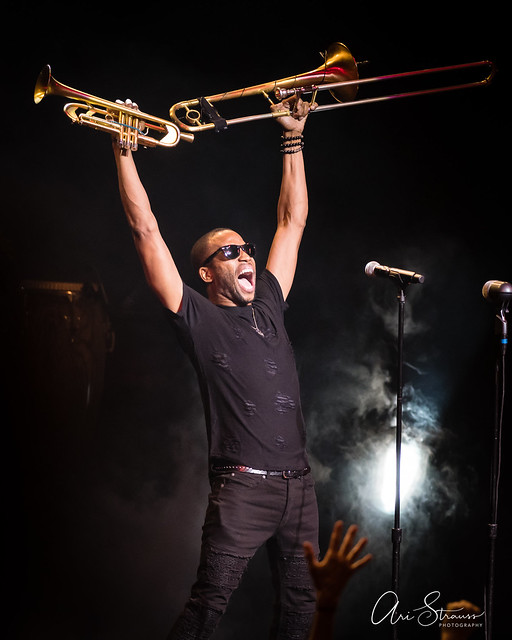 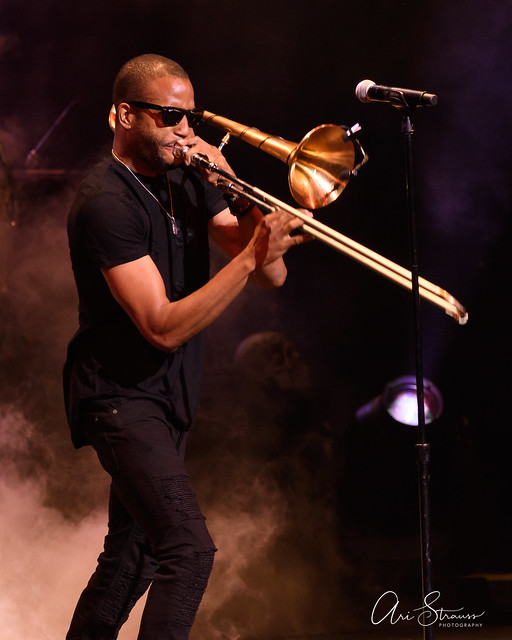 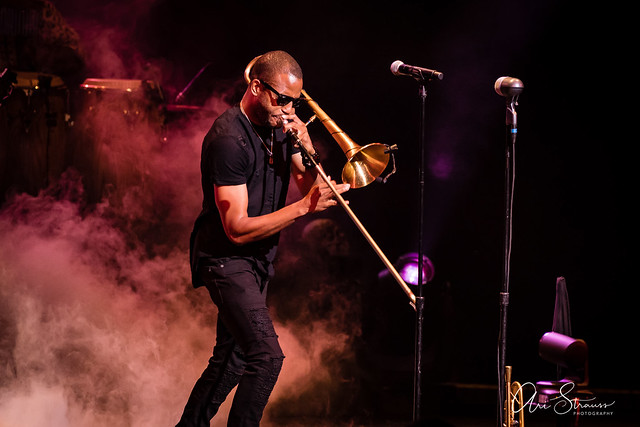 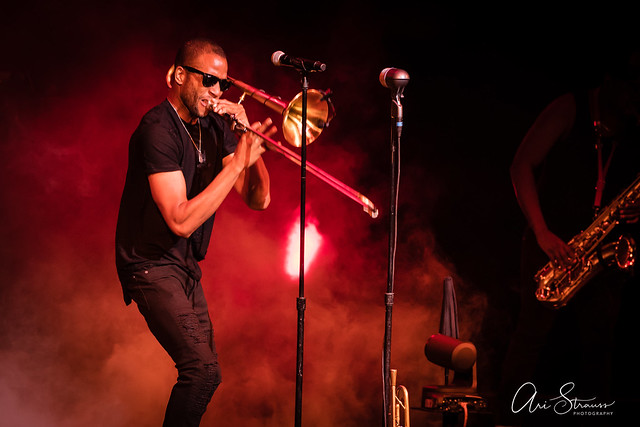 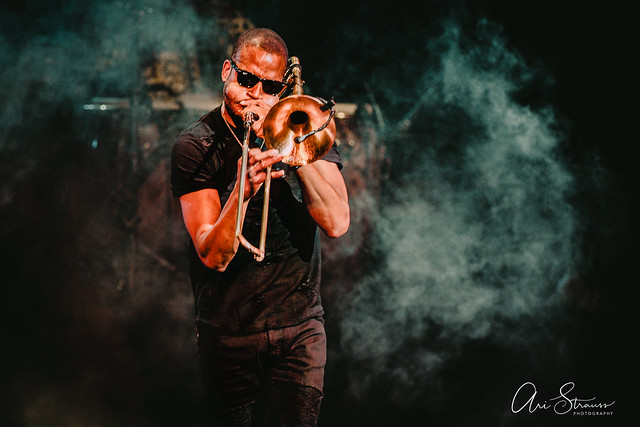 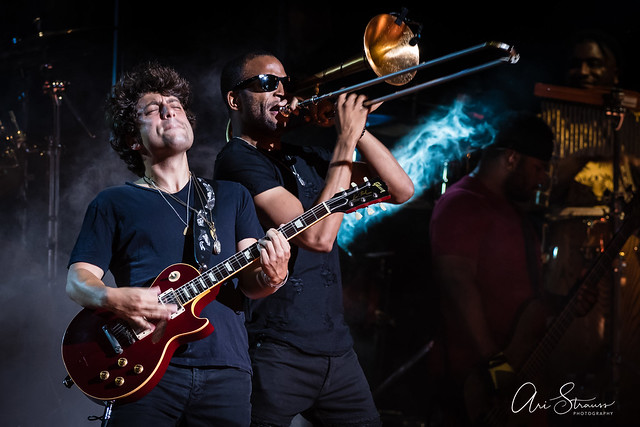 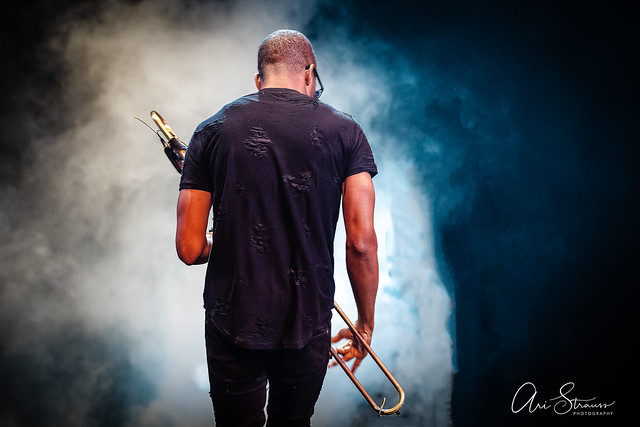 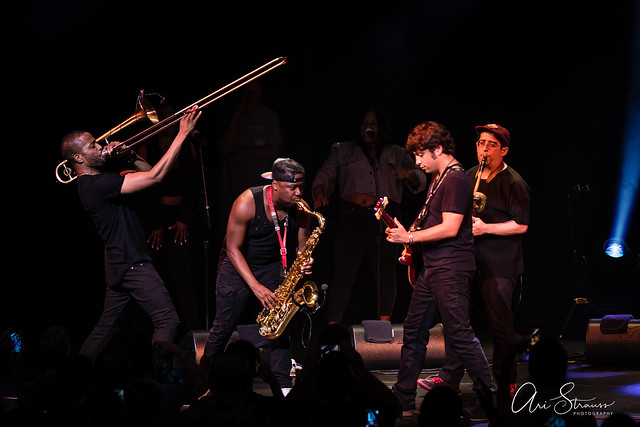 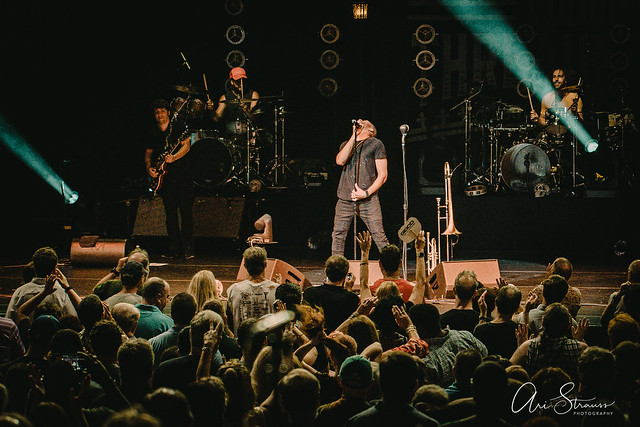 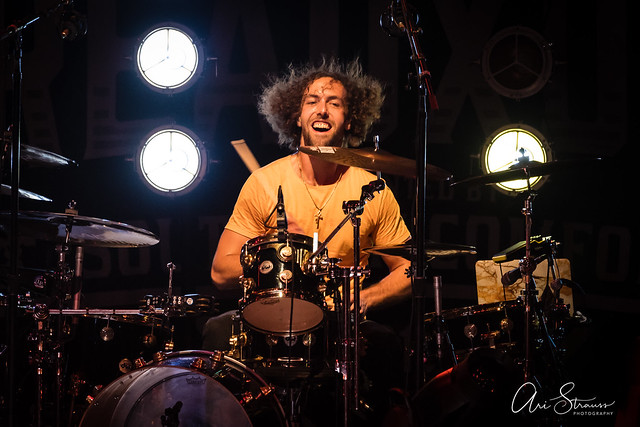 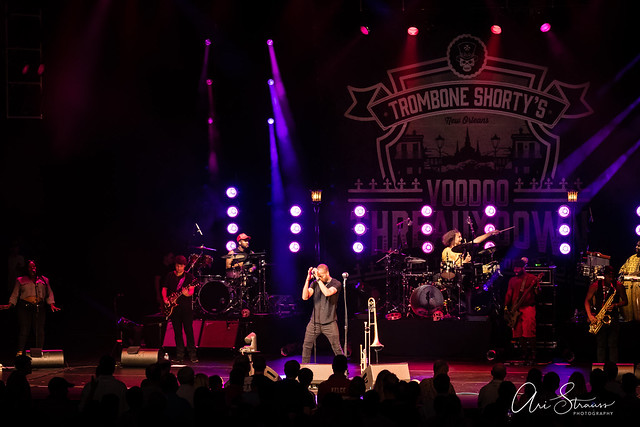 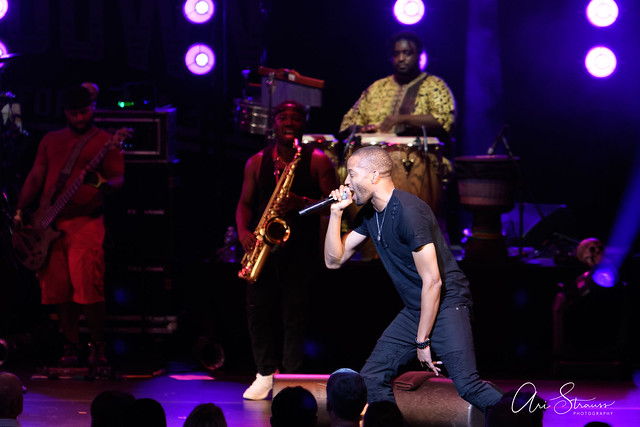 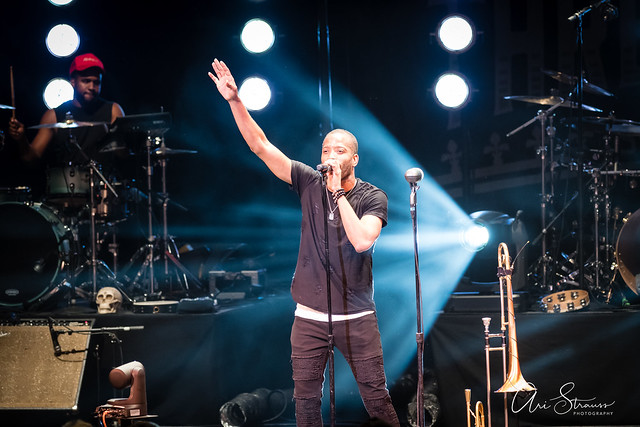 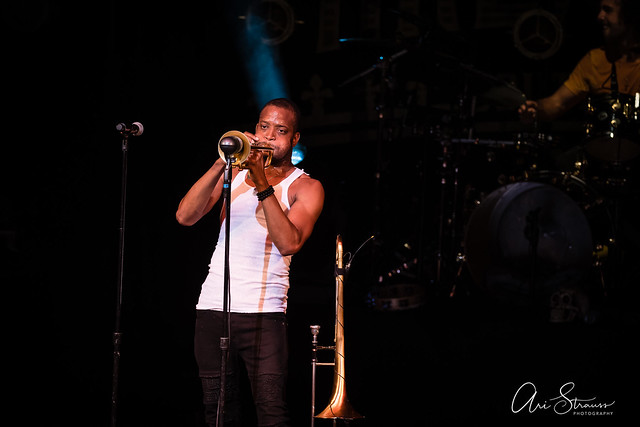