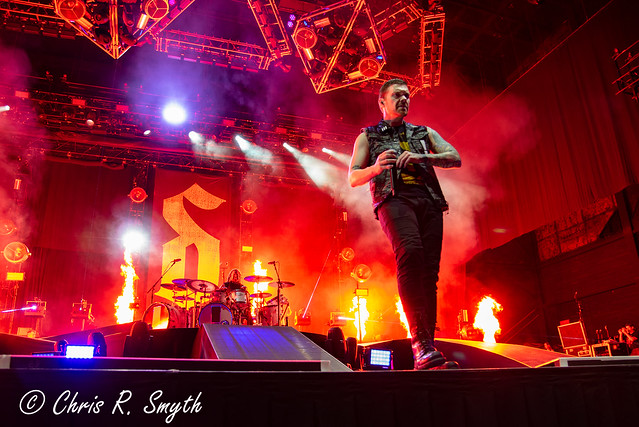 The concert started with a giant explosion, but it would be far from the only startling moment of the night. On a co-headlining tour with Godsmack, Shinedown put forth everything one would hope from an arena ready rock band at Jiffy Lube Live on Sunday — extreme energy, pyrotechnics and lasers, eardrum-blasting musicianship, and soaring vocals that touch everyone from the front of the pit to the back of the lawn.

Known for their hard rock anthems, Shinedown delivered the goods through their one hour and fifteen minute set. Starting the night with the title track off of their 2008 album, The Sound of Madness, and blasting through many of their headbangers, including “Enemies” and “Devil,” the first single off of their new album, Attention Attention. The message of decency to each other, and loving oneself was reiterated throughout the night. Shinedown has never shied away from writing songs about their own past problems, and they use their live performances to try and help their fans with their own issues.

In-between songs, lead singer Brent Smith took the time to ask everyone to meet the people next to them, saying that their enjoyment of Shinedown may be the only thing they have in common, but that it can be a bridge to understanding and acceptance of each other. Brent even lead by example by leaving the stage to shake the hands of many of the security staff and photographers who were covering the performance. Through their songs that night, Shinedown put this message on display with their performances of the thunderous “Bully,” a song that directly addresses the problems many people deal with that cause them to doubt themselves, and “Cut the Cord,” which looks to help those who are near suicidal to realize that they can cut out the pain and hate, and find a life worth living.

Performances of slower songs like “Unity” and new single “Get Up” express messages of belief that obstacles can be overcome despite being knocked down. The lyrics — “If you were ever in doubt, don’t sell yourself short, you might be bulletproof” and “cuz I believe you can do whatever, and I agree you can do much better. Trust me” — are all in line with the message of the night, with Brent even making sure to tell everyone, “Don’t lose who you are, because you are original.”

In a seminal moment of the show, Brent and guitarist Zach Myers made their way to the back of the pavilion to perform a soft, acoustic version of their cover of Lynyrd Skynyrd’s “Simple Man.” In a night where the band expressed a message of togetherness, this move was a physical act of trying to get as close as possible to their fans. After such positivity coming from the stage, it is easy to leave a Shinedown show with confidence and hope for a great future ahead.

Here are some pictures of Shinedown performing at Jiffy Lube Live on Aug. 19, 2018. All photos copyright and courtesy of Chris Smyth, with rights reserved to Shinedown. 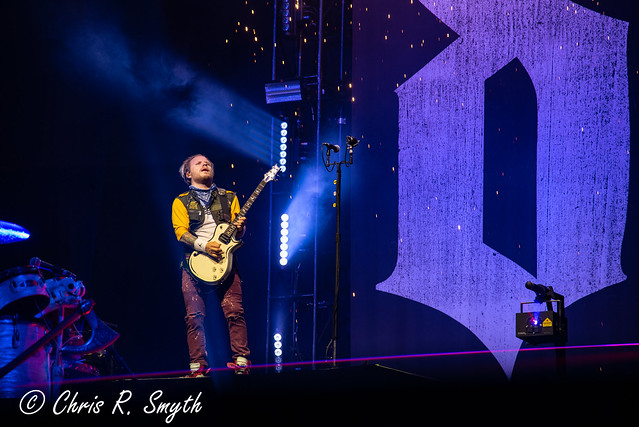 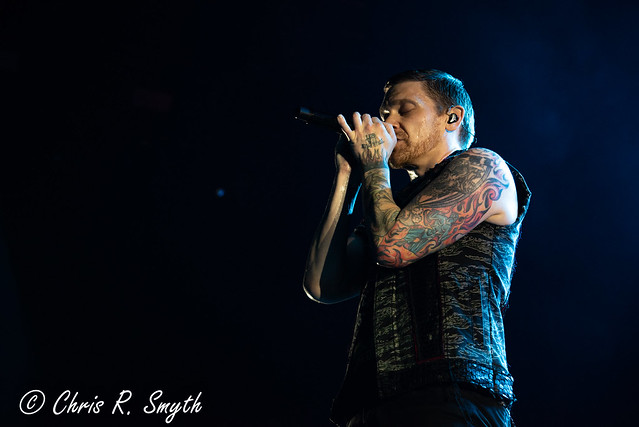 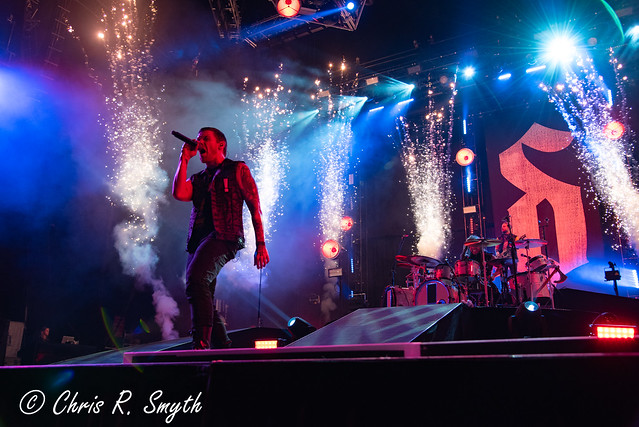 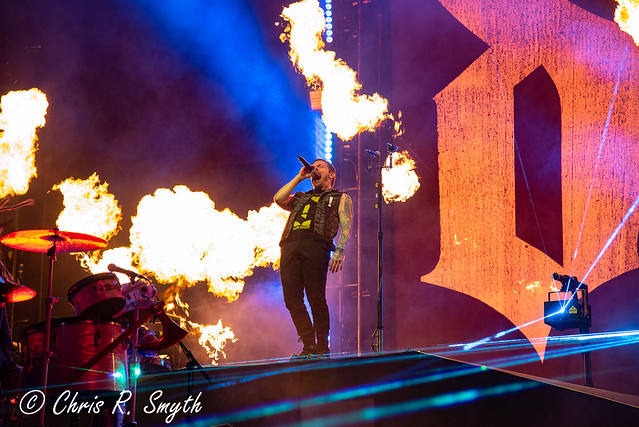 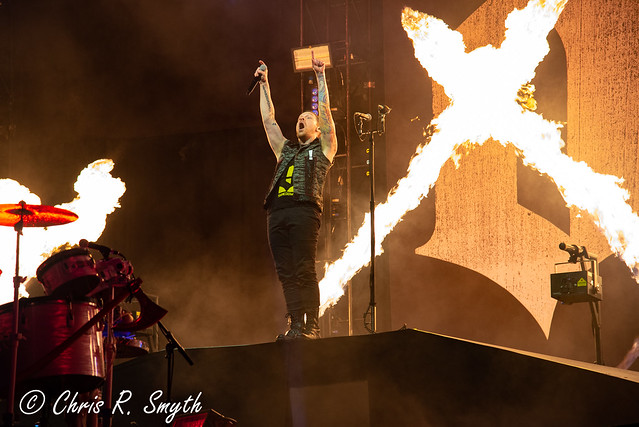 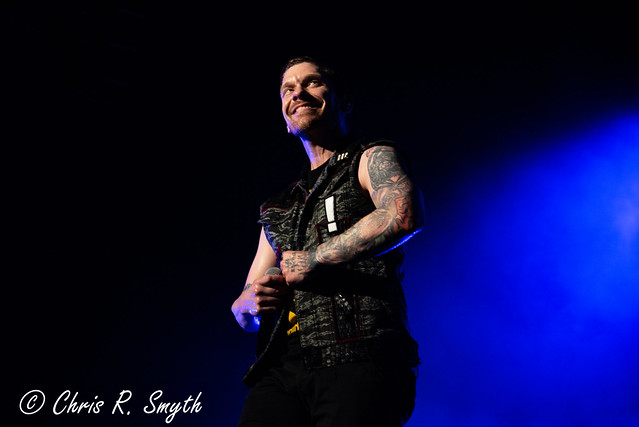 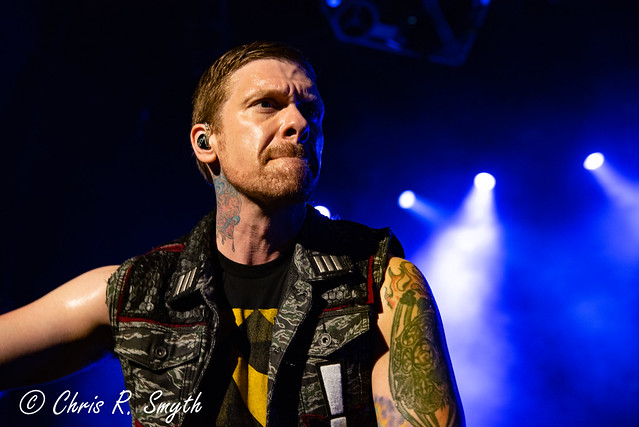 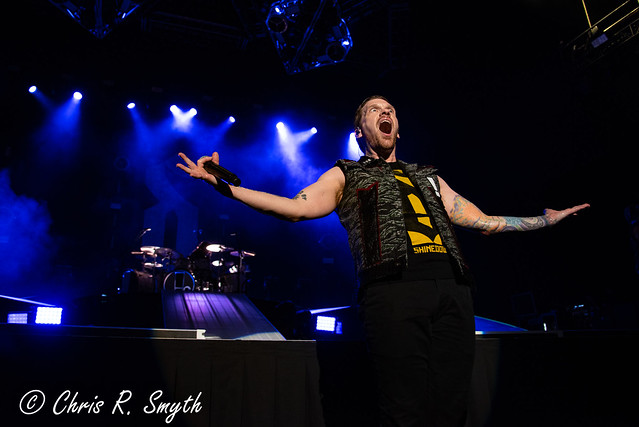 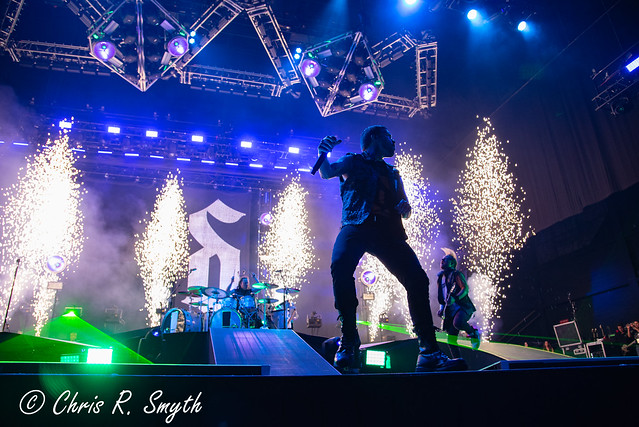 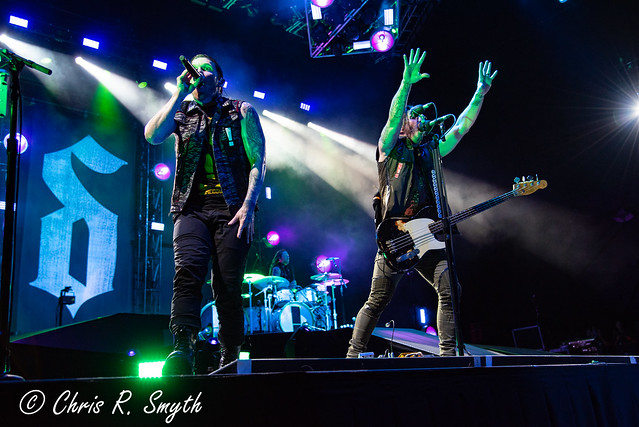 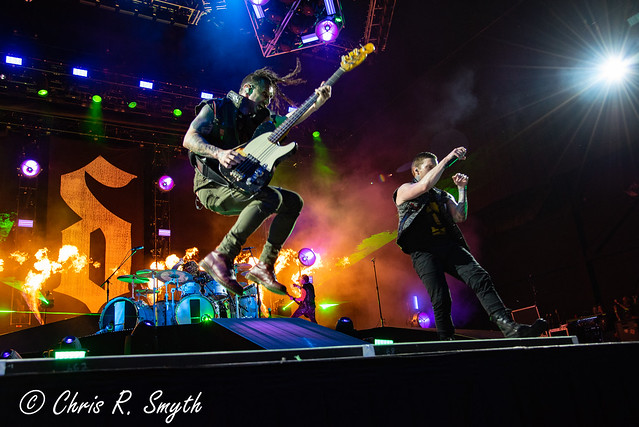 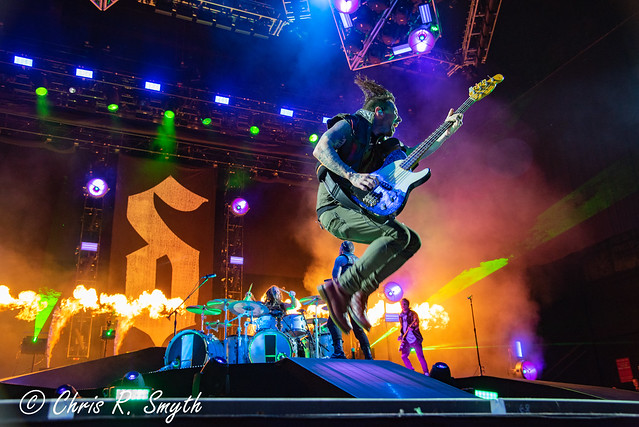 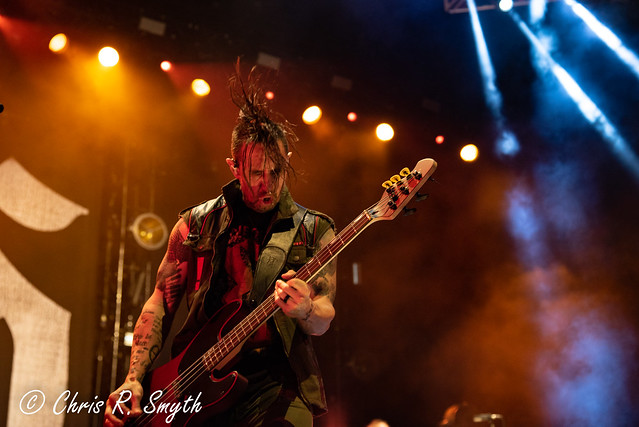 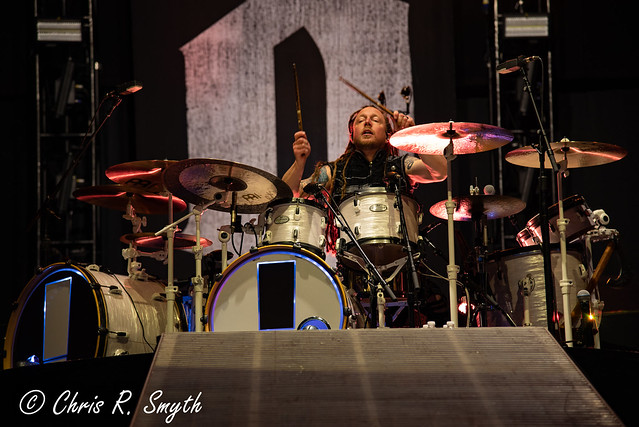 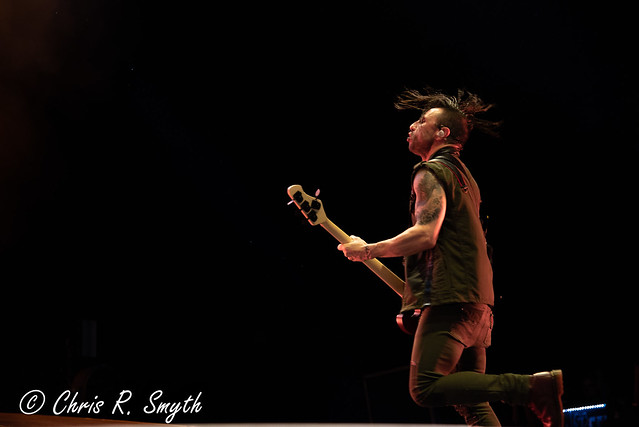 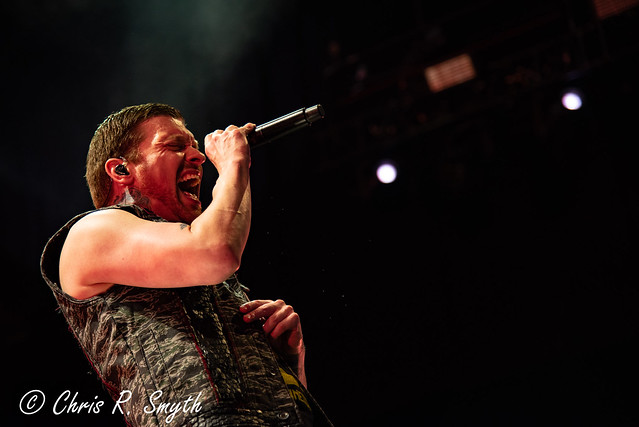 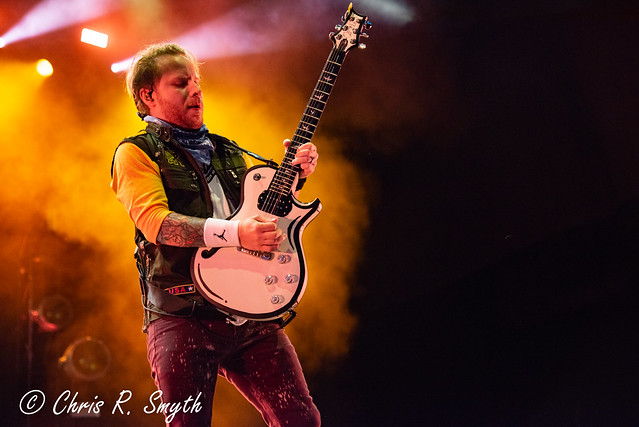 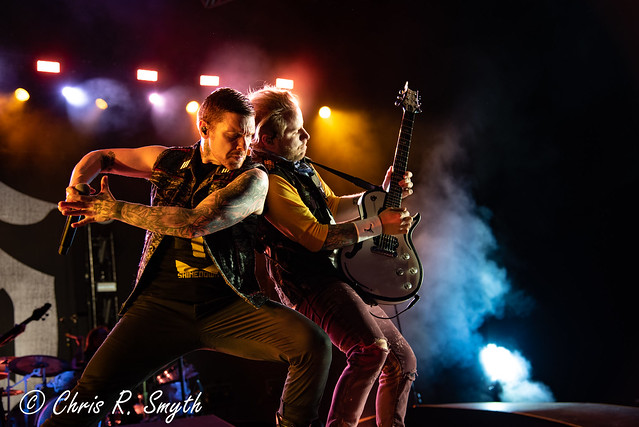 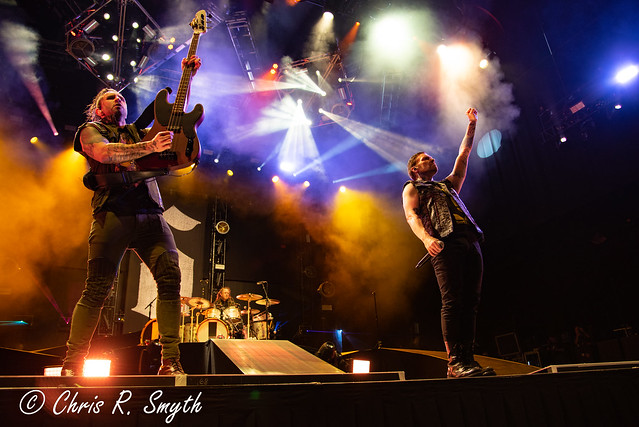 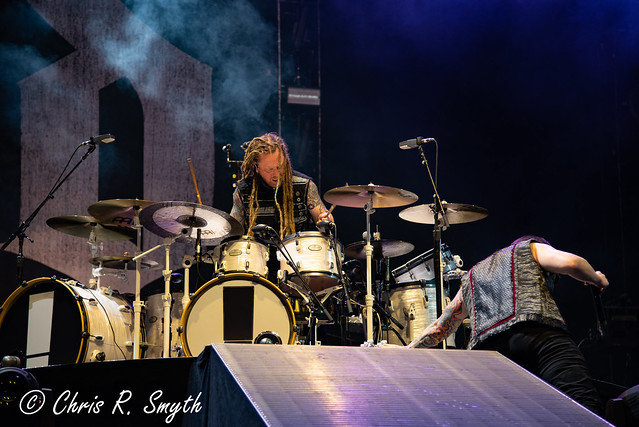 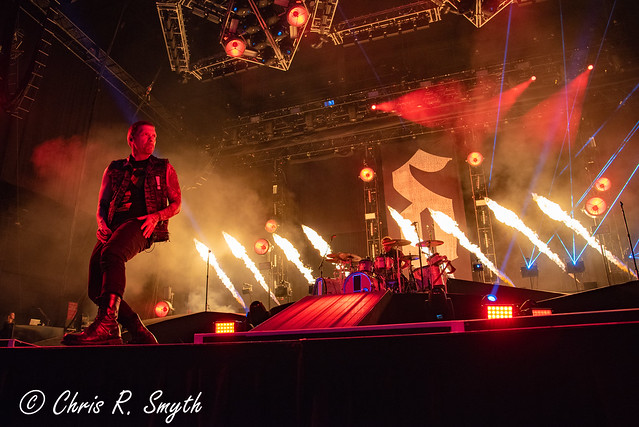 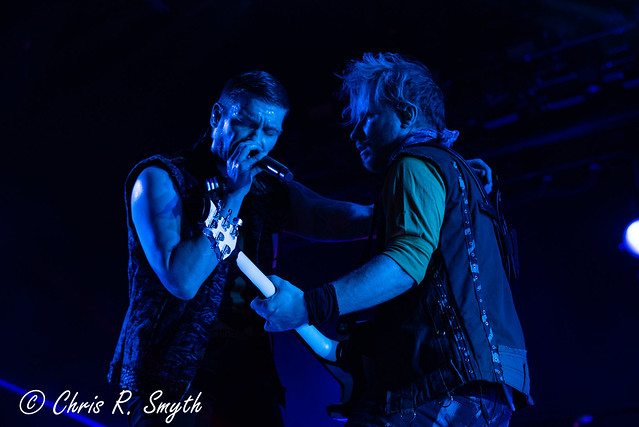