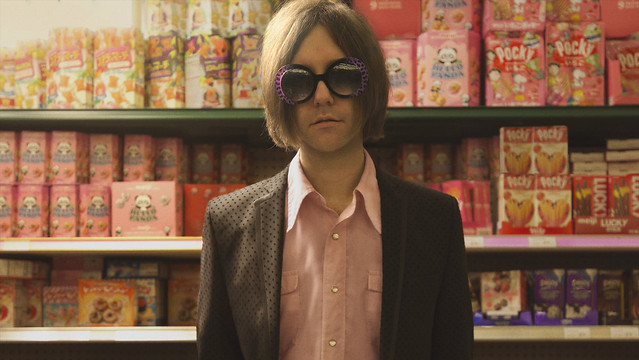 Singer-songwriter Aaron Lee Tasjan will release Karma for Cheap, his latest studio record, on Aug. 31, via New West Records. On Tuesday, Aug. 28, he will host a record release party at Union Stage!

“The sound of the new record is a little more rough and ready, more raw than anything I’ve done before,” Aaron said. “Seems like a good time for it. We’re living in a pretty raw feed right now, and a lot of these new songs reflect that … There are a lot of people out there carrying the burden of this weird, twisted world we’re living in at the moment on their shoulders. So I tried to write a record that offers some comfort, encouragement and hope to those people, as much as it’s possible to be hopeful right now.”

Watch the official music video for “Heart Slows Down” by Aaron Lee Tasjan on YouTube:

“Tasjan, who’s from Ohio and spent his early 20s as part of Brooklyn’s dirty glam revival — which makes him Lady Gaga’s kissing cousin — is a lifelong student of cool rock moves, and could fit the every-rocker part if he weren’t such an oddball; or, maybe, being an oddball is what makes him so relatable,” said Ann Powers in a first listen of Aaron’s new album for NPR Music.