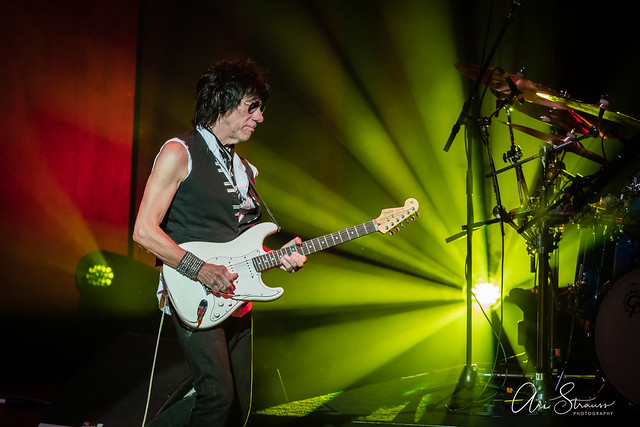 Several years back, Rolling Stone Magazine published its list of the 100 greatest guitarists of all time. Two-time Rock and Roll Hall of Famer (once for Yardbirds and once on his own) Jeff Beck is No. 5 on that list. He played at Wolf Trap recently, and seeing him live is another item crossed off my bucket list.

Jeff Beck was wrapping up a nationwide tour dubbed “The Stars Align Tour” with Ann Wilson (Heart) and Paul Rodgers (Bad Company). (Paul Rodgers did not appear at the Wolf Trap performance on Aug. 20.)

Although in his 70s, Jeff hasn’t slowed down a bit. He took the stage with his signature white-on-white Fender Stratocaster guitar with custom reversed neck and rocked a 21-song headliner set that leaned heavy on covers but demonstrated his band’s versatility in covering a breadth of artists including the Beatles, Stevie Wonder, Otis Rush, and Sam Cook, to name a few. The band dedicated its rendition of Sam Cook’s standard “A Change Is Gonna Come” to Aretha Franklin who passed away a few days prior.

Jeff is the subject of a new documentary, Still on the Run: The Jeff Beck Story, released May 18, 2018 on DVD and Blu-Ray via Eagle Rock Entertainment. The film includes interviews with Jimmy Page, Eric Clapton, David Gilmour, Rod Stewart, Slash, Joe Perry, and Ronnie Wood, among others.

Preview the trailer for Still on the Run: The Jeff Beck Story, on YouTube:

Check out some photos of Jeff Beck’s performance at Wolf Trap on Aug. 20, 2018. All images copyright and courtesy of Ari Strauss. 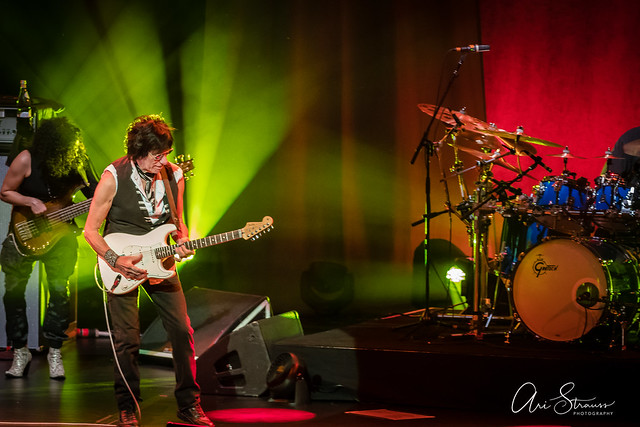 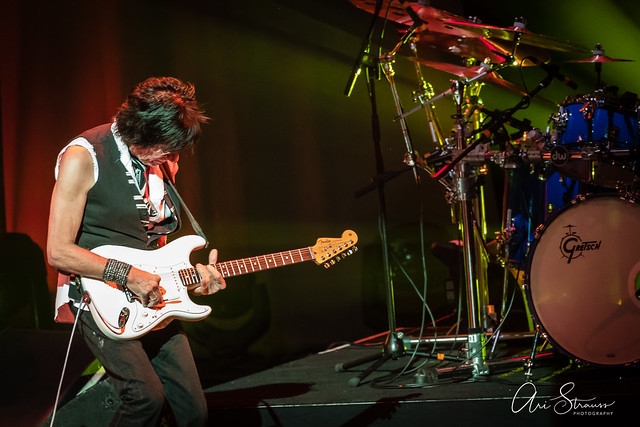 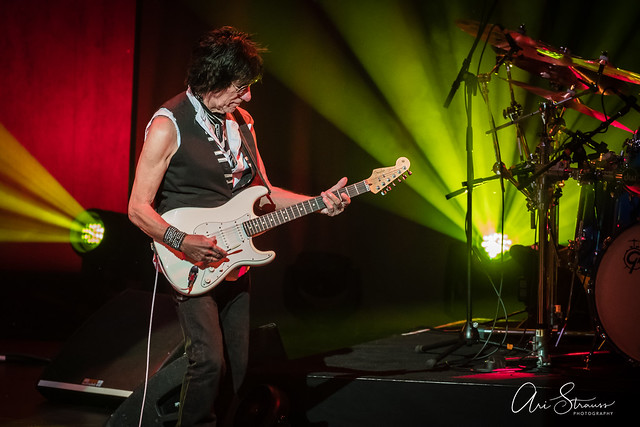 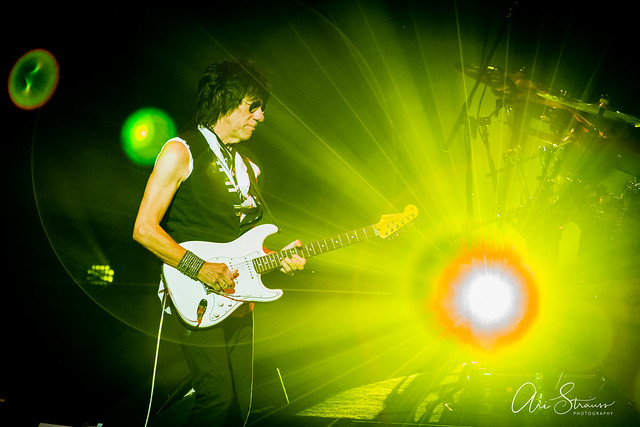 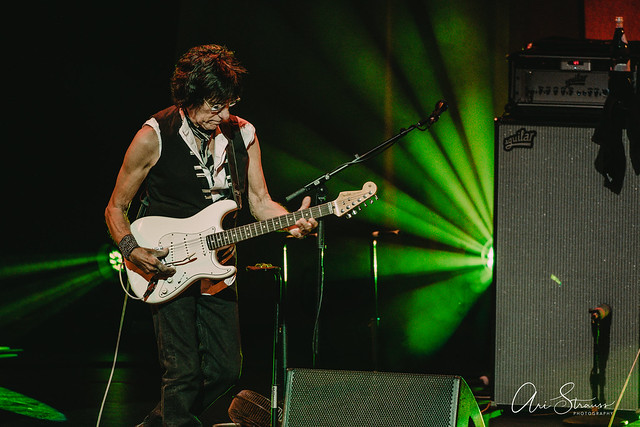 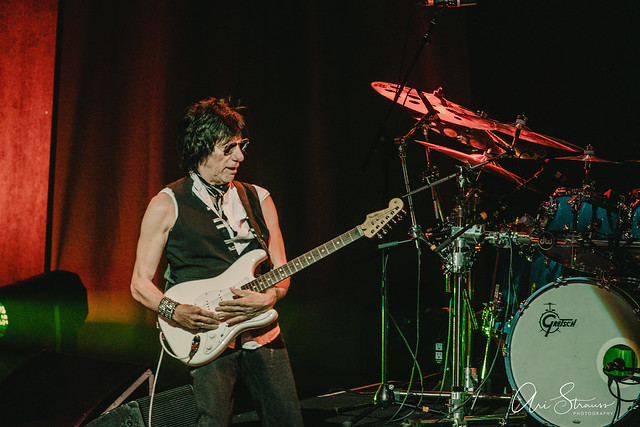 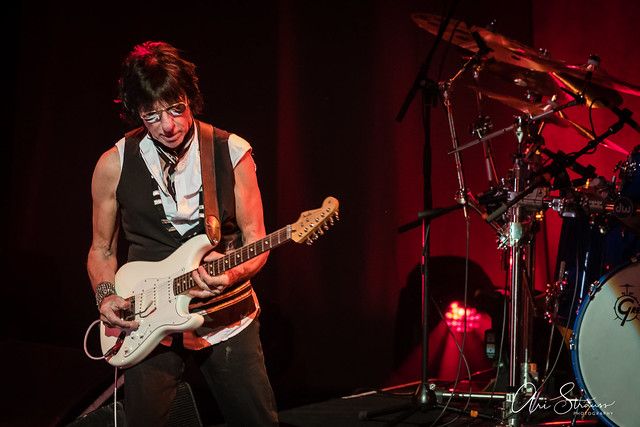 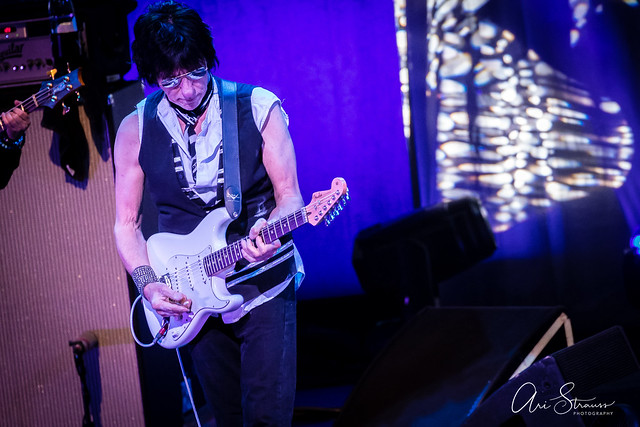 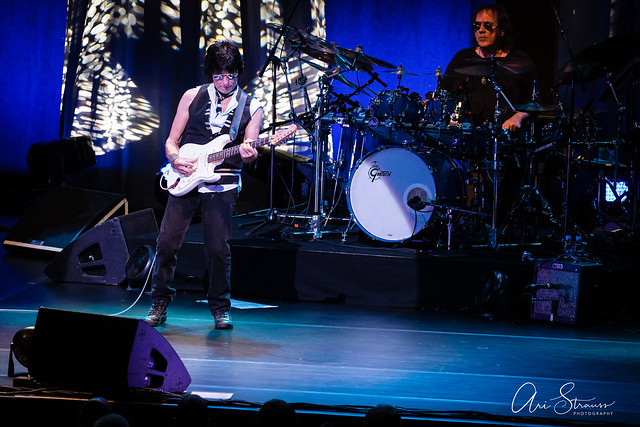 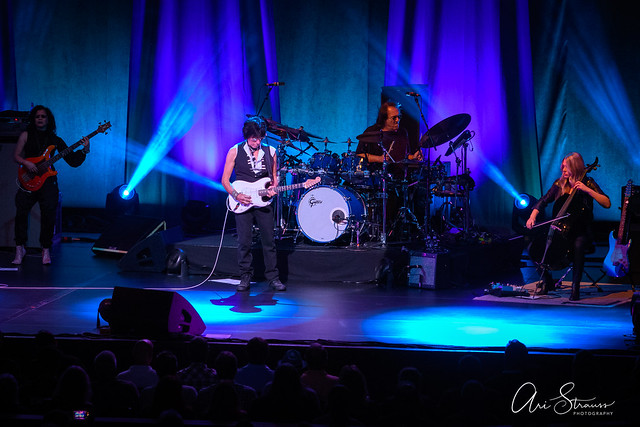 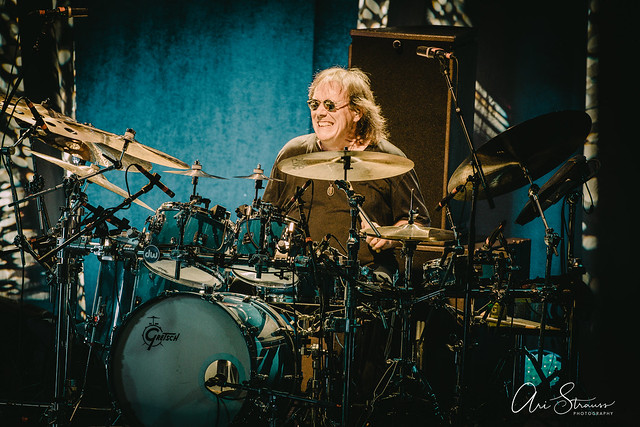 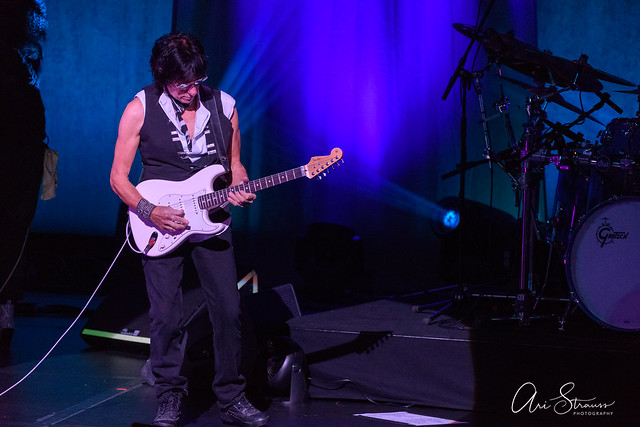