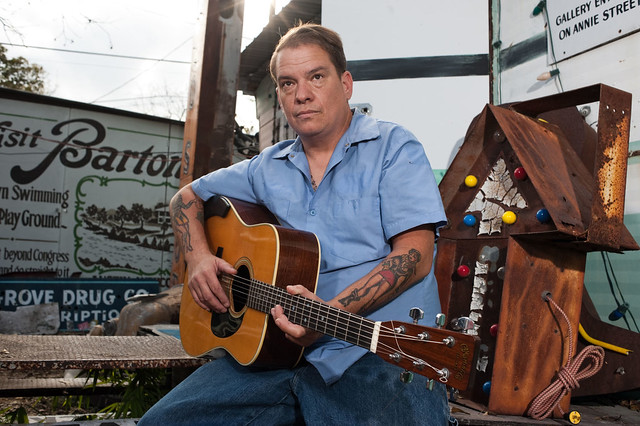 Wayne “The Train” Hancock released Slingin’ Rhythm, his most recent album, via Bloodshot Records in 2016. He’s coming around to play his catalog at City Winery on Wednesday, Sept. 5, and there’s only a handful of tickets remaining!

Wayne debuted with Thunderstorms and Neon Signs in 1995. He signed to Bloodshot Records for The South Austin Sessions in 2001. Since then, he’s released a steady stream of albums with his 2013 record, Ride, breaking into the Billboard Top 100 US Country chart.

Watch the official music video for “I Killed Them Both” by Wayne Hancock on YouTube:

In a review of Slingin’ Rhythm for AllMusic, Mark Deming wrote, “Hancock is a honky tonk man who has his own very specific ideas about country music, and you’re not going to hear strings, drums, or pedal steel guitar on his albums if he can possibly help it. 2016’s Slingin’ Rhythm follows the Wayne Hancock template to the letter, featuring a batch of simple but lively tunes that look back to the glory days of Hank Williams and Bob Wills, sung with rough authority by the songwriter as a bunch of fine guitarists provide the twangy backdrop.”