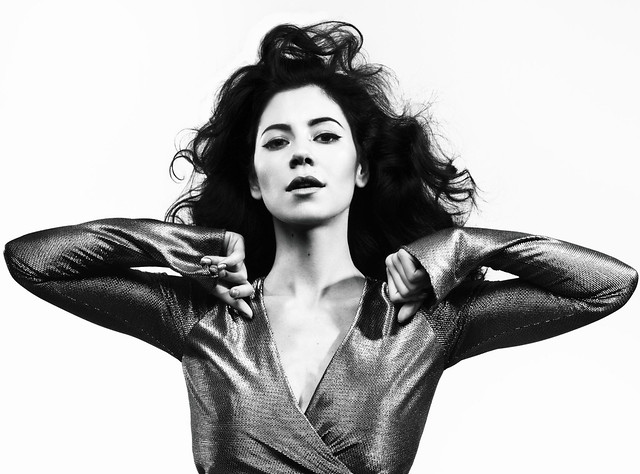 Neon Gold Records celebrates their 10th Anniversary as a label with an all-star show at the Knockdown Center in Queens, New York City, on Saturday, Sept. 29. While the show includes a number of fantastic artists, Parklife DC is most excited about the appearance of Marina, who last performed in the United States in 2015. The show also includes The Knocks, Matt Maeson, Alex Winston, Your Smith, LPX, St. Lucia, and more!

Marina, who formerly called herself Marina and the Diamonds, last released Froot and toured behind the album more than three years ago. In celebration of 10 years of music, Neon Gold also releases a compilation, NGX: Ten Years of Neon Gold, featuring the Clock Opera remix of “I am Not a Robot” by Marina on Sept. 28.

Listen to the Clock Opera remix of “I am Not a Robot” by Marina on YouTube:

The anniversary show on the next day, held across two stages at The Knockdown Center, will present live performances from Neon Gold artists The Knocks, Marina, Matt Maeson, Alex Winston, Your Smith, LPX, and many more.

Derek Davies, founder of Neon Gold Records, said, “One of the best things about reaching a milestone like this is taking the opportunity to look back and celebrate all the incredible artists we’ve been fortunate enough to work with over the years, and we had a lot of fun putting together the NGX compilation, which will feature a number of rare and exclusive tracks from some of our biggest acts, as well as a number of our newer artists covering some of our flagship earlier releases.”

Neon Gold, a boutique record label based in New York City and distributed worldwide through Atlantic Records, specializes in pop and dance music. The label launched in 2008 with the release of “Sleepyhead,” the debut single by Passion Pit. It has continued to innovate with the release of singles by Ellie Goulding, Tove Lo, MØ, Gotye, Icona Pop, and more.

In 2013, Neon Gold began issuing full-length albums with bands like St. Lucia and HAIM, and most recently released albums from Charli XCX, Christine And The Queens, Marina & The Diamonds, and The Knocks through their joint venture with Atlantic.