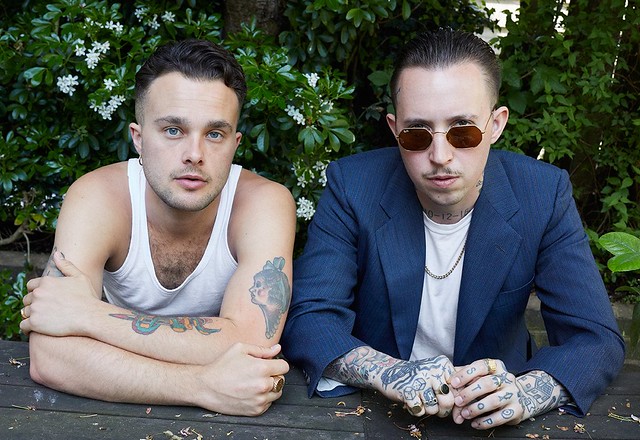 UK duo Slaves released their third album, Acts of Fear and Love, in August through AMF/Virgin EMI. The powerful punks perform at DC9 on Sunday, Sept. 30.

Laurie Vincent (guitar, bass, vocals) and Isaac Holman (drums, vocals) strike like lightning in their raucous live shows. Slaves pound for a show with “tribal ferocity,” as Parklife DC said the last time we saw them at DC9 in March 2017.

Following UK Top 10 2015 album, Are You Satisfied?, and 2016’s Top 10 album, Take Control, Slaves tackle new territory on their third full-length record. The album’s title is inspired by a comment once made by drummer Isaac’s college teacher – “There’s no such thing as hate — just acts of fear and love.”

Watch the official music video for “Chokehold” by Slaves on YouTube:

In a review for The Line of Best Fit, Steven Loftin praised the smart dexterity of the new songs by Slaves.

“Acts of Fear and Love finds Slaves touching base on a few different approaches to what they do, while also broaching a wider world that’s now opened to them through their success. Rather than going for an abridged version of punk chaos, there’s a greater understanding of what can be utilised to get the point across. From wandering guitar lines that provide the perfect setting for tales and warning to thunderous, rampant drums that echo wildly, Fear and Love has it all,” he wrote.