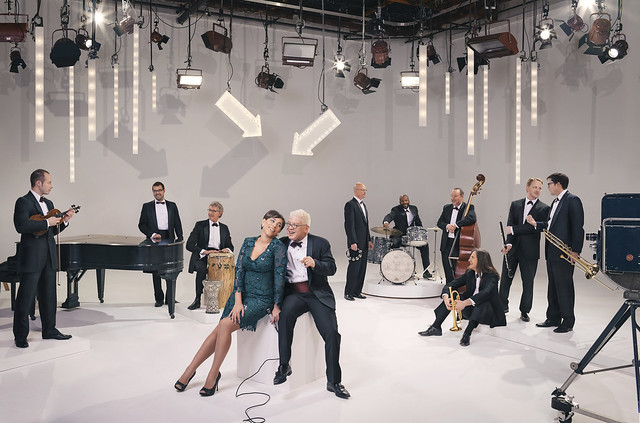 Pink Martini most recently released Je dis oui! via Heinz Records in 2016 after recording it in their hometown of Portland, Oregon. It includes a number of originals like “Joli Garcon” and “Finnisma Di” alongside spectacular covers of “Love for Sale” by Cole Porter, “Serenade” by Franz Schubert, and others.

Watch Pink Martini cover “I am Woman” by Helen Reddy live during SFJAZZ in San Francisco on Dec. 16, 2017, via YouTube:

In a review for AllMusic, Heather Phares praised the globetrotting sensibilities of Je dis oui!

“As always, in Pink Martini’s world, traditional doesn’t mean predictable. The band excels at bringing fresh perspectives to old favorites on Je Dis Oui! with a little help from their friends: Rufus Wainwright’s ‘Blue Moon’ is one of the most serene tracks here, while Kathleen Saadat’s growling alto gives ‘Love for Sale’ an extra urgency,” Heather said. “The group also takes time to reflect on its own traditions, with longtime collaborator and NPR journalist Ari Shapiro taking the lead on ‘Finnisma Di.’”