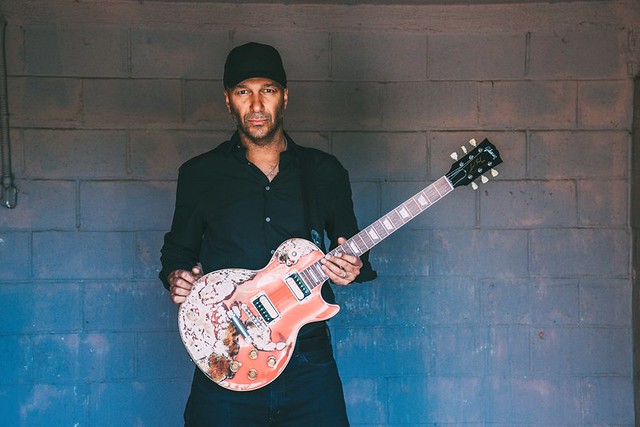 Guitarist Tom Morello will release a solo album, The Atlas Underground, featuring songs like “We Don’t Need You” featuring Vic Mensa and “Battle Sirens” featuring Knife Party, on Oct. 12. But first, Tom performs at The Miracle Theatre on Saturday, Oct. 6.

Long known for his runs with Rage Against the Machine and then Audioslave, and recently supergroup Prophets of Rage, Tom takes a step away from metal and into EDM and hip hop with The Atlas Underground.

“The riffs and the beats led the way, but the extraordinary talents of the collaborators set my creativity into uncharted territory,” said Tom of the record, to be released by Mom + Pop Music.

“This record also afforded me the opportunity to divest myself of my natural Type A controlling character,” Tom said. “After initial conversations with the collaborators about theme and lyrics, I made it clear that there was no ego stake in these songs and that the only goal was to make something we all loved; something that was fucking powerful with no preconceived notions other than the freedom of taking a blank sonic page and letting our freak flag fly.”

Regarding Saturday’s show at The Miracle Theatre, Tom added, “We’re assembling something that’s more of an art installation than a show, which is different than anything anyone has ever done,” he says. “It will be a challenging piece in non-traditional venues that will bring the ideas on the album to life — a last big event before we all go to jail.”