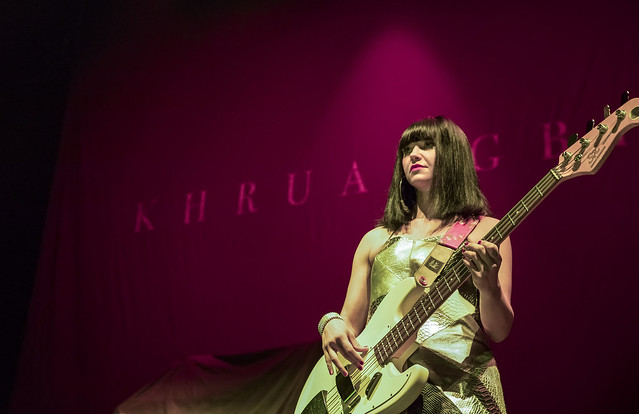 Khruangbin performs at The Anthem on Oct. 3, 2018. (Photo by Will Colbert)

The concert began with a performance of “Dern Kala,” off their debut album, The Universe Smiles Upon You (2015). The song’s trance-like groove was a mix of surf, soul, and funk. During the performance, the two guitarists exuded a cool indifference that complemented the laidback sound.

Khruangbin, which when pronounced in English may sound like a mythical creature from Clash of the Titans, is actually Thai. It means “airplane.” The name is fitting when you consider the extensive amount of touring the band does and the mix of influences that constitutes their sound. Through their music, Khruangbin takes listeners to Iran, India, the West Indies, and Thailand.

The sparse lyrics in Khruangbin’s songs left the electric guitar with the big job of carrying their music’s melody on Oct. 3. Mark told a tale through his chord progression during the performance of “August 10” from the group’s latest album, Con Todo El Mundo (2018).

The title of their sophomore album comes from Laura’s Mexican-American grandfather. During her visits to Brownsville, Texas, he who would ask her “¿cómo me quieres?” (how much do you love me?). The only acceptable response being “con todo el mundo” (with all the world).

Listen to Con Todo El Mondo by Khruangbhin on Bandcamp:

During the show, it became clear that the connective tissue to Khruangbin’s guitar-driven music was DJ’s snare and kick drum. The stoic drummer kept heals tapping and heads nodding during the performance of “Two Fish and an Elephant,” from The Universe Smiles Upon You.

Khruangbin’s influences aren’t limited to world music. They appear to have a soft spot for ‘90s era West Coast G-Funk. The audience was treated to the band’s renditions of Ice Cube’s “It Was a Good Day,” Dr Dre’s “Next Episode,” and Warren G’s “Regulate.”

The group then did a cover of the Kool & The Gang song “Summer Madness.” Midway through the ‘70s classic, they gave a nod to their hometown by playing an excerpt of “Mind Playing Tricks on Me,” by Houston hardcore rap group Geto Boys.

Khruangbin closed out their performance with “Maria Tambien.” The song would fit nicely on a film score for a retro crime thriller directed by Quentin Tarantino. It took a breakbeat from the song “Apache,” by the Incredible Bongo Band, and wrapped it in ’70s-era funk with the electric guitar providing high drama.

I’d be remiss if I didn’t mention the hair. Laura and Mark are bringing bangs back. Laura’s look is comparable to Uma Thurman’s character Mia in Pulp Fiction, or perhaps Liz Taylor’s depiction of Cleopatra. Mark rocks a long hippie shag.

This is show business and Khruangbin made a statement with their music, cool demeanor, and retro style. Khruangbin return to headline 9:30 Club on Dec. 7. Don’t miss this show! Buy your tickets online.

Here are some photos of Khruangbin performing at The Anthem on Oct. 3, 2018. All photos copyright and courtesy of Will Colbert. 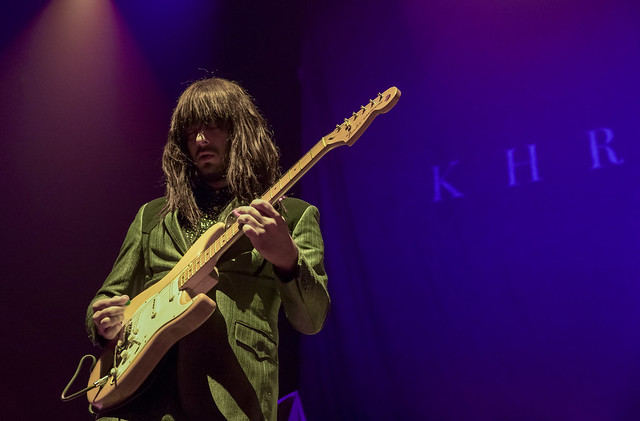 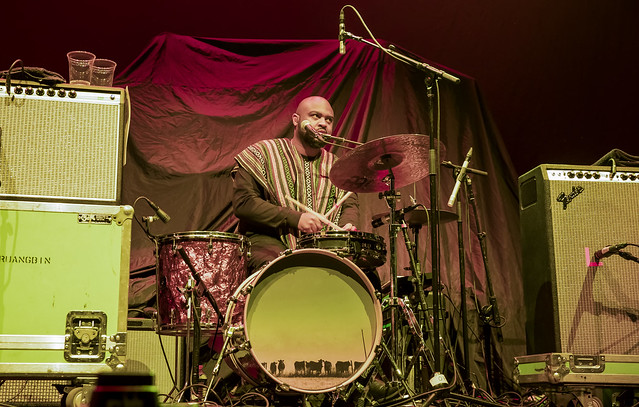 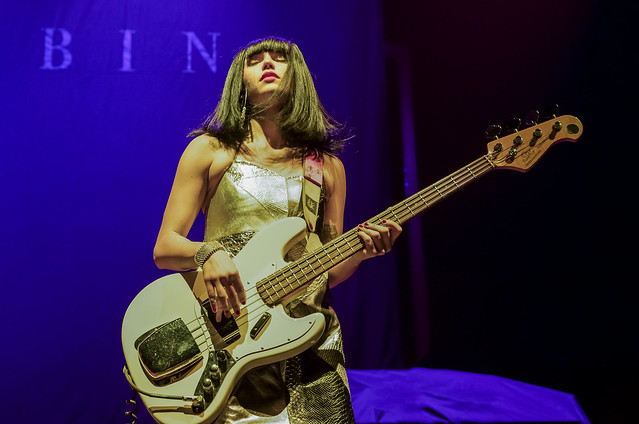 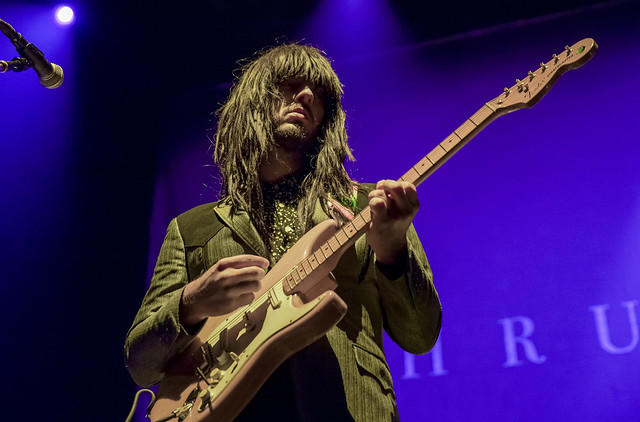 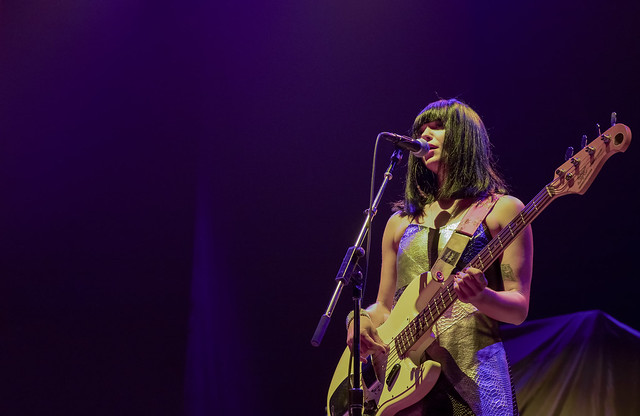 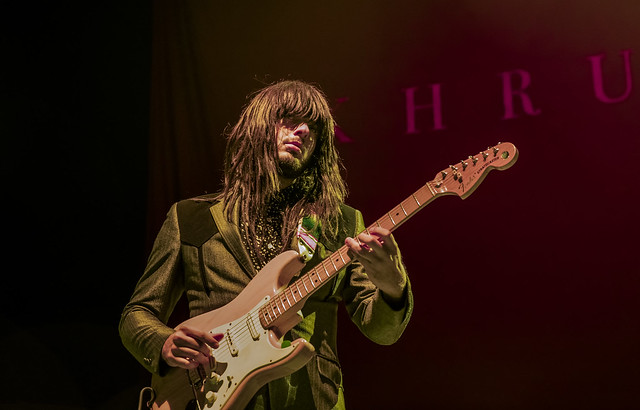 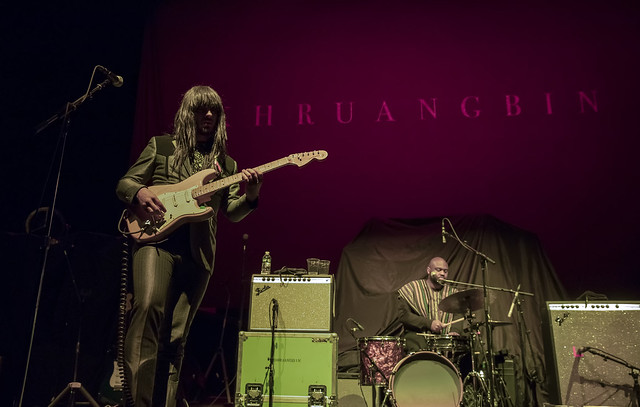 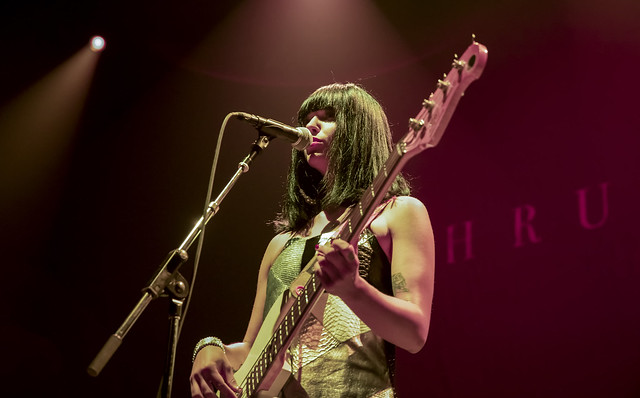 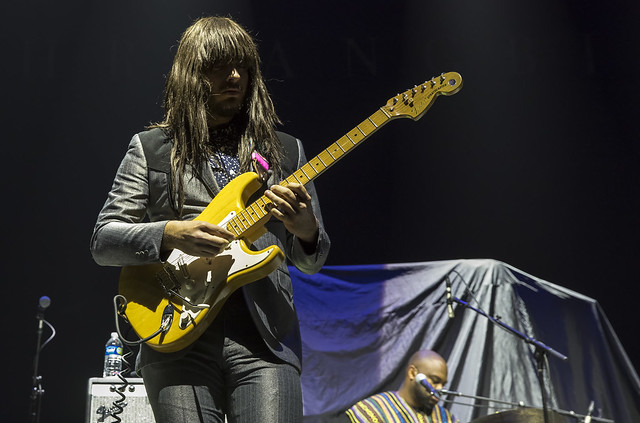 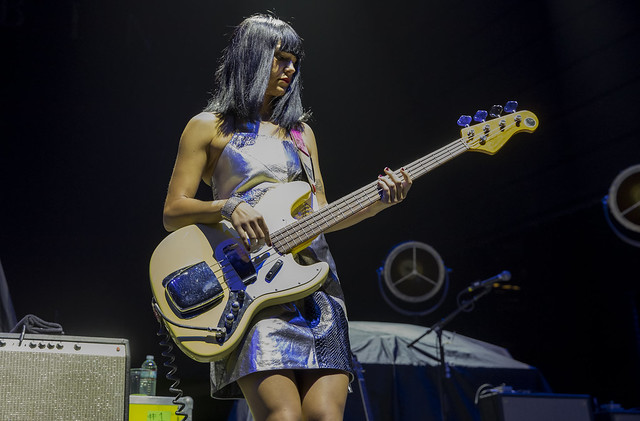