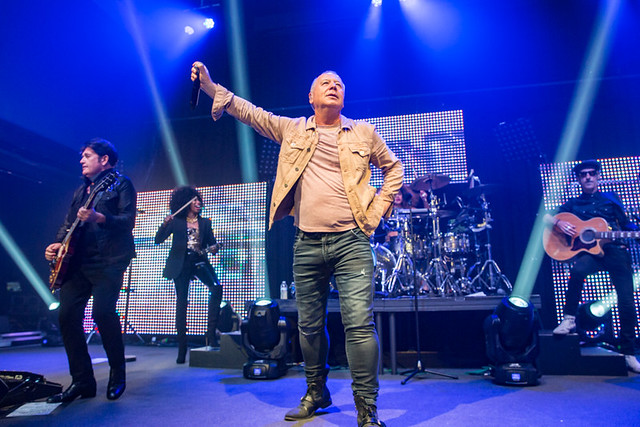 Jim Kerr and Charlie Burchill swung by 9:30 Club with a new-look Simple Minds and delivered a career-spanning, stunning, and extremely satisfying show on Saturday.

Aside by Charlie, along for the ride were vocalist Sarah Brown, percussionist Cherisse Osei, bassist Ged Grimes, and multi-instrumentalist Gordy Goudie. The band recently released Walk Between Worlds via BMG, and they were on tour to play those songs. But at the same time, Jim, Charlie, and company knew what people wanted to hear, and they indulged them mightily.

And so, Simple Minds began the show with the new album’s powerful and simple “The Signal and The Noise” before immediately acknowledging that the sold-out 9:30 Club turned out to hear some classics. And what marvelous classics we beheld.

With a one-two punch came the merry dance of “Waterfront” from 1983’s Sparkle in the Rain and then the siren’s call of “I Travel,” the fantastic synthpop tune originally appearing on the incomparable Empires and Dance, Simple Mind’s third album, which surfaced in 1980.

We’ve hardly got a few songs to catch our collective breath after the terrific new romance of “I Travel,” rarely performed in these parts, then did Simple Minds break into what is in my opinion their greatest album ever, New Gold Dream (81/82/83/84). The band dove into the heady new wave of “Promised You a Miracle.” You’ve got to hand it to Jim — he knew what we wanted to hear.

Simple Minds took an intermission and returned to the sumptuous melodies of “Theme for Great Cities,” the prescient and unparalleled piece of art rock — so perfectly crafted that it forever demonstrates that Simple Minds are never to be underestimated, particularly in the realm of synthpop.

Soon, the band presented “Walk Between Worlds,” and it’s one of many times where backing vocalist Sarah shined, as she took the lead for the catchy, soulful chorus. Immediately after, Jim and company performed “Moscow Underground,” a song from Graffiti Soul that they had not played live since 2012.

Stream Walk Between Worlds by Simple Minds on Spotify:

Should somehow you not be convinced of the greatness of the show, and everyone there was truly loving it, Jim again delighted in the end with another one-two combo of “Don’t You (Forget About Me)” followed by “New Gold Dream (81-82-83-84)” to close the second set. Imagine the entire 9:30 Club happily belting the lyrics to “Don’t You…,” the eternal favorite made famous as the them to John Hughes’ The Breakfast Club, and you might get a faint whiff of the sheer joy of the entire evening.

One thing’s for sure: Simple Minds are here to stay, and thank whatever musical gods we can for that! They remain in the United States for a long stretch through Nov. 11, closing in Orlando, Florida. Catch them tonight if you are in Nashville. Hell, walk, run, drive, skydive, or whatever it takes to get to the show nearest you. Find the full schedule on the Simple Minds website.

Here are some pictures of Simple Minds performing at 9:30 Club on Oct. 6, 2018. All photos copyright and courtesy of Paivi Salonen. 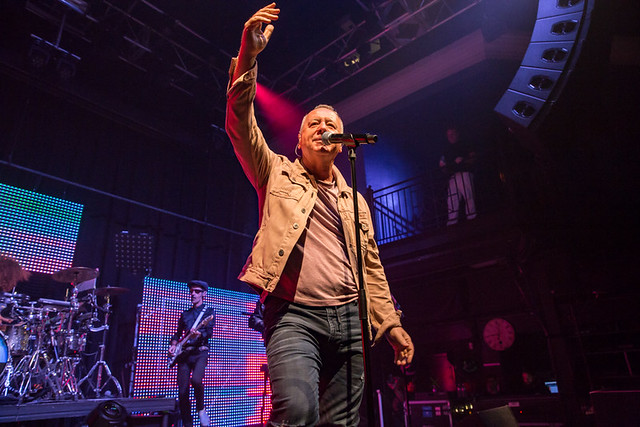 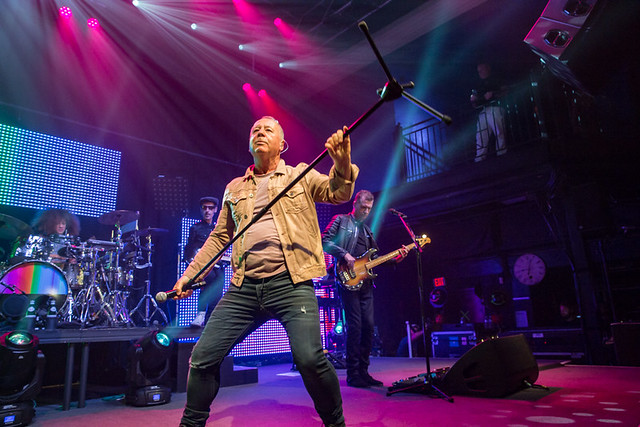 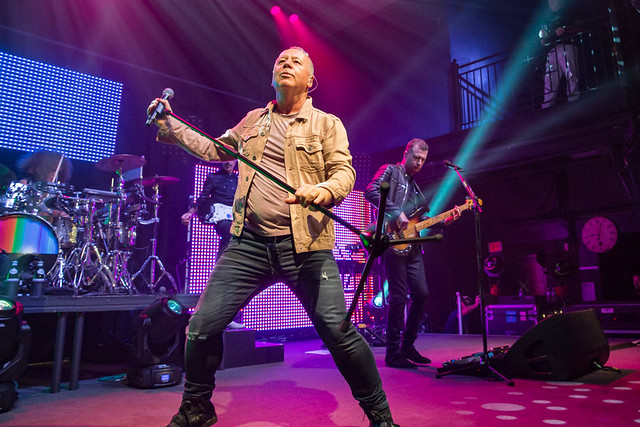 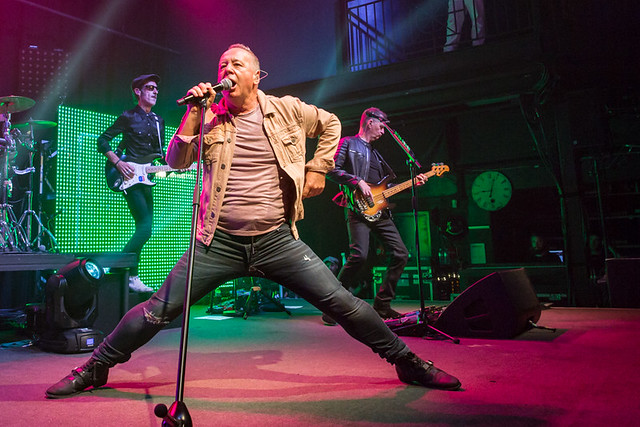 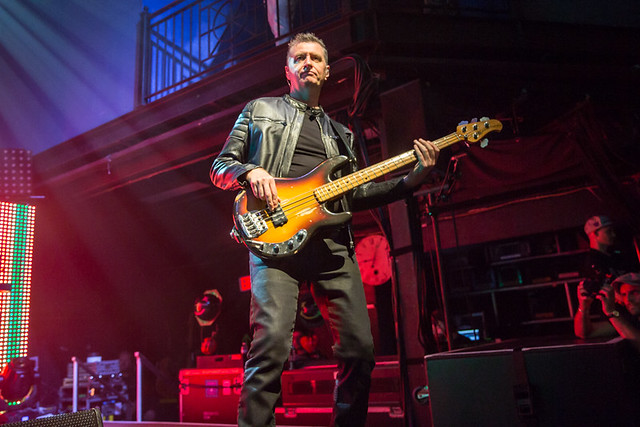 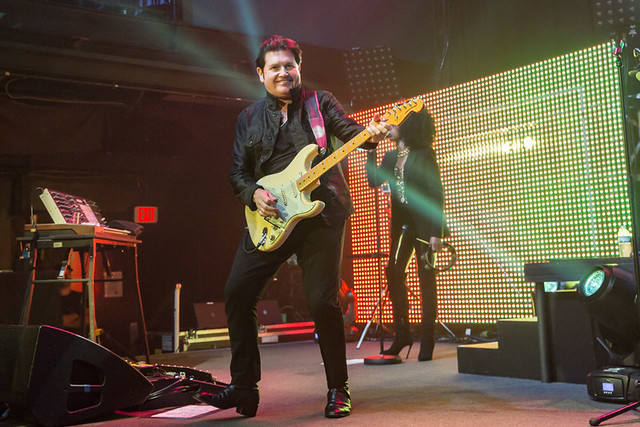 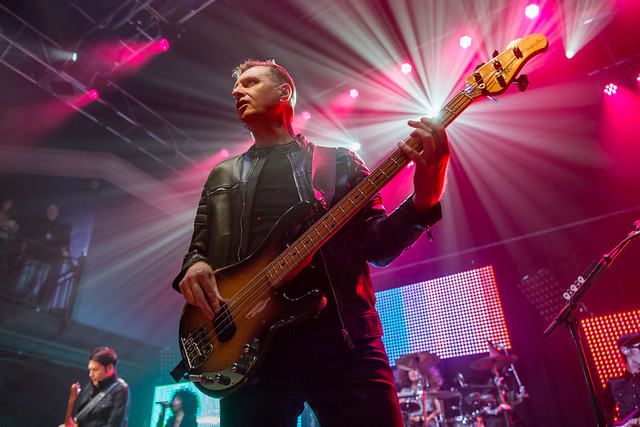 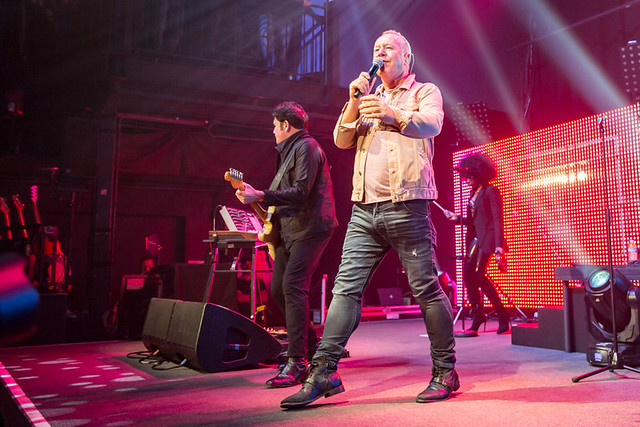 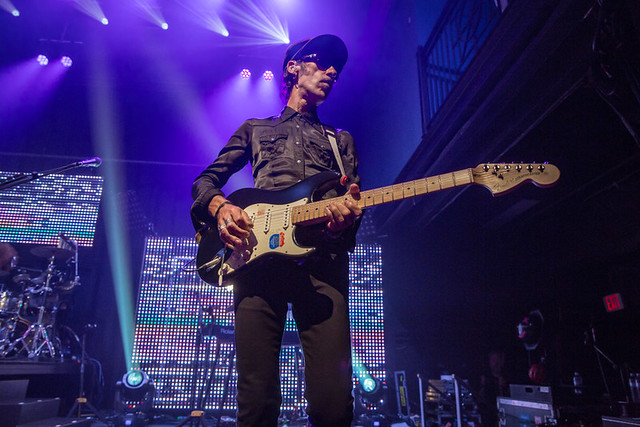 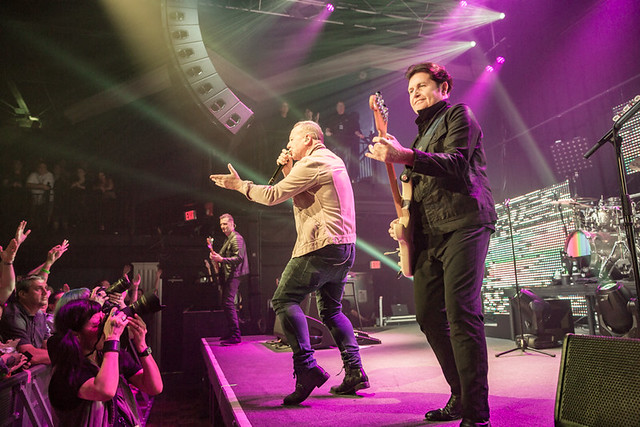 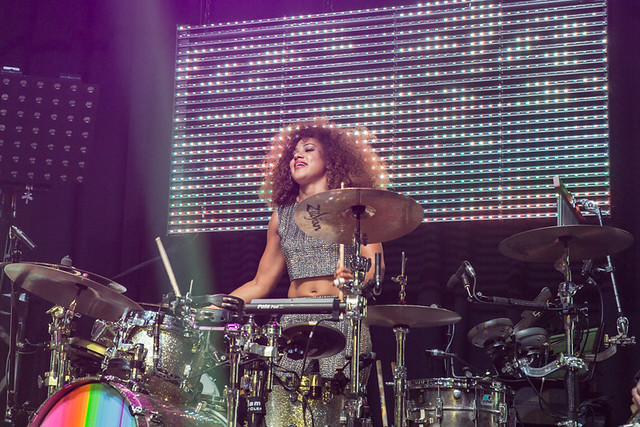 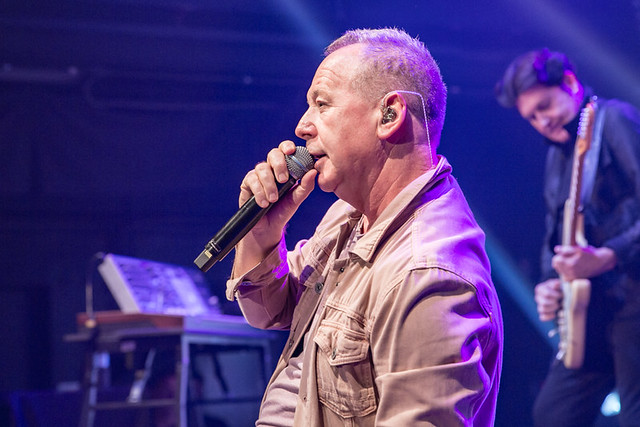 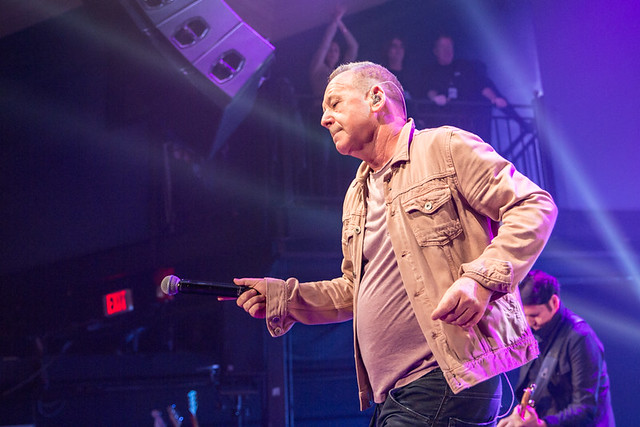 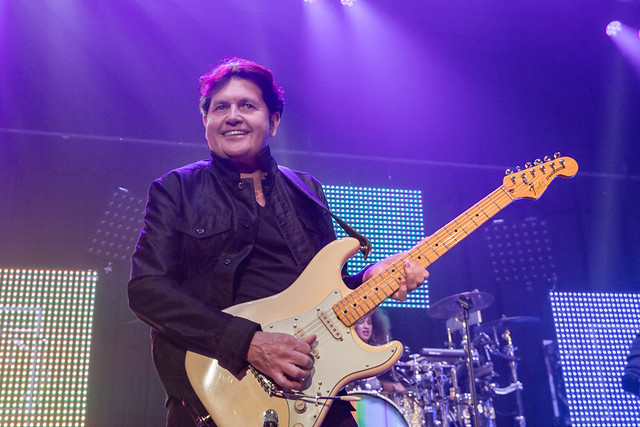 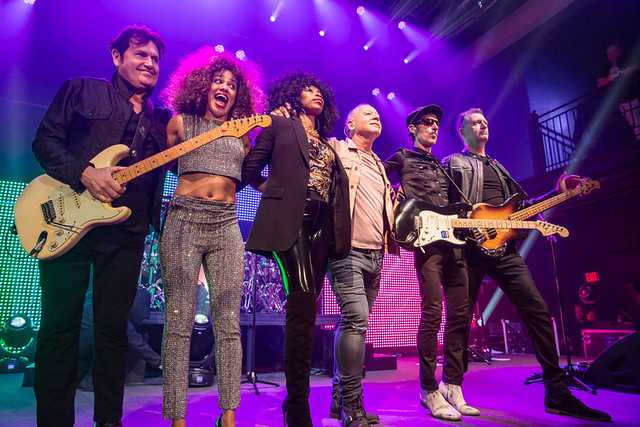 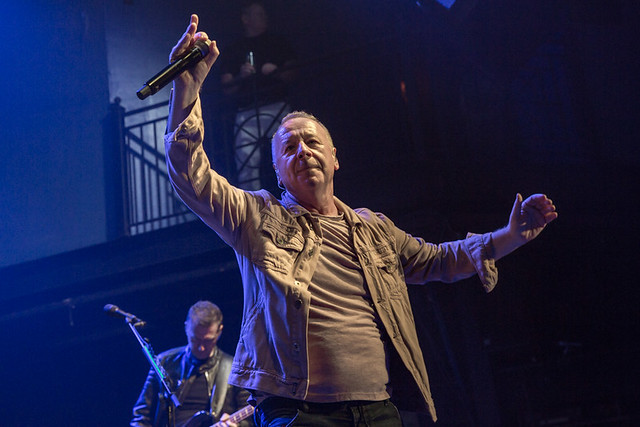 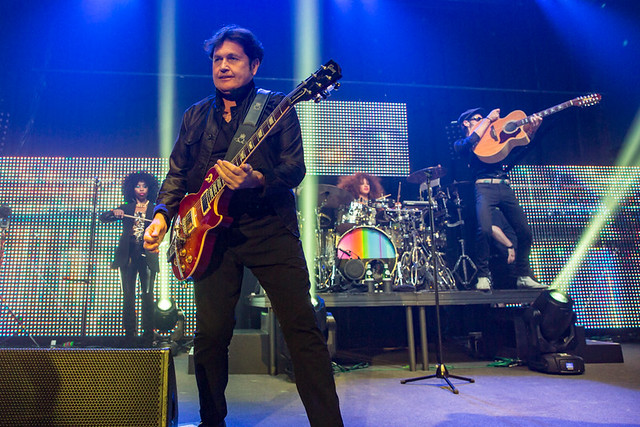 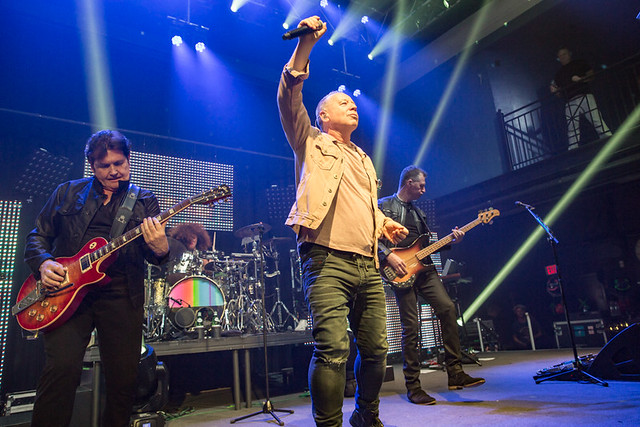 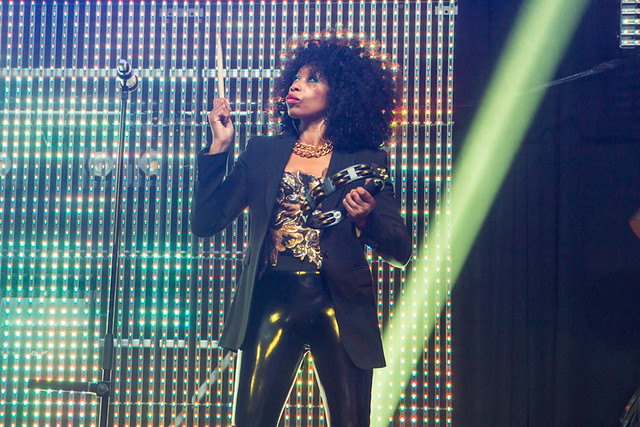 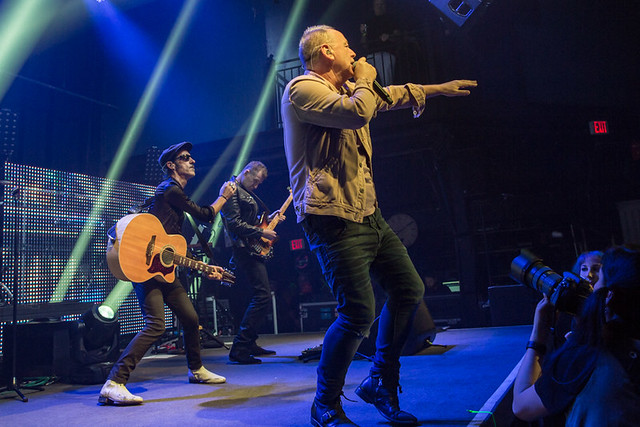 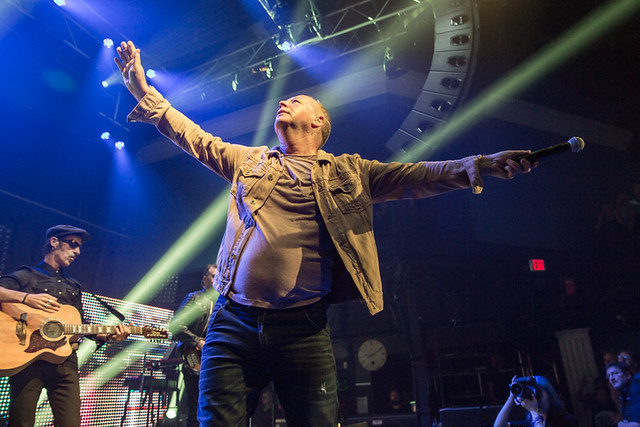 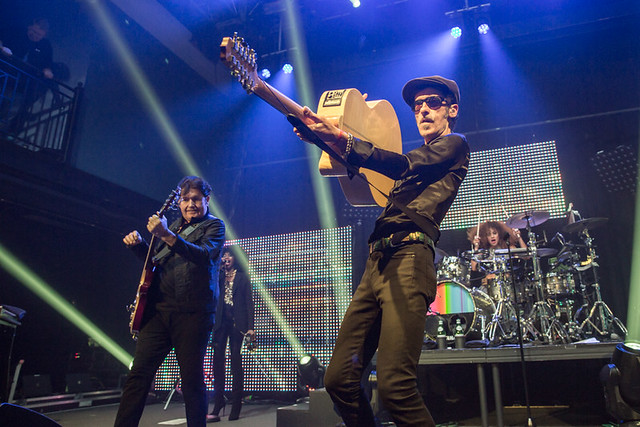 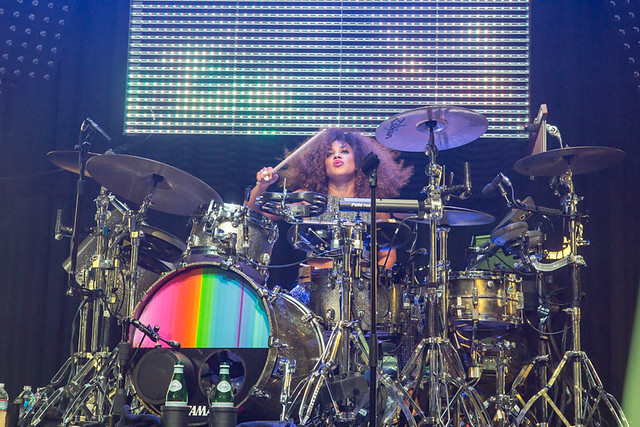 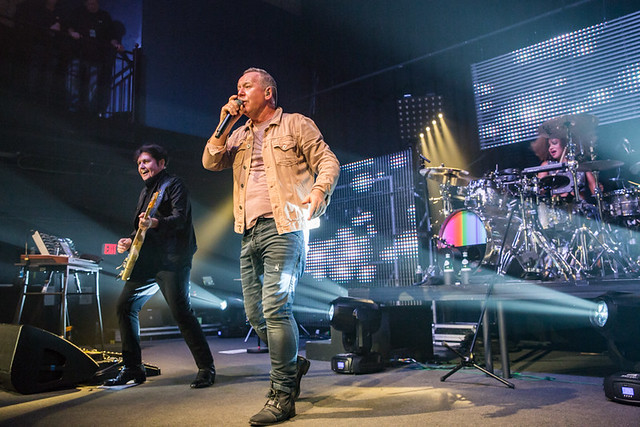