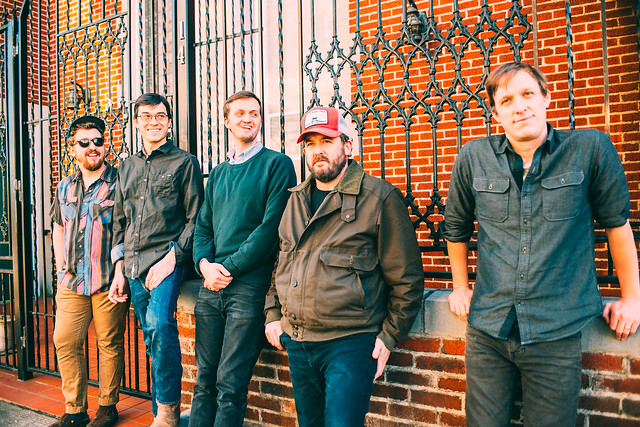 Ashville, North Carolina, bluegrass quintet Town Mountain will release its much anticipated sixth studio album, New Freedom Blues, on Oct. 26. The gents roll into Pearl Street Warehouse in advance of the release for a show on Friday, Oct. 12.

Jesse Langlais (banjo, vox), Phil Barker (mandolin, vox), Bobby Britt (fiddle), Robert Greer (guitar, vox), and Zach Smith (bass) recorded their new album at Asheville’s Echo Mountain Studios. The album marks an exciting new chapter for the band — one in which they fearlessly consider what it means to make bluegrass-influenced music in the modern era and one that should be a welcome listen for fans who have come to love the band’s raucous, no-holds-barred live performances.

“‘New Freedom Blues’ is about the feeling you get after you’ve broken up with someone or done something you thought would be best in the long-run,” said mandolin player and vocalist Phil Barker. “You keep telling yourself it was the right thing to do, but the second-guessing hurts like hell. The song specifically talks about a relationship, but the feeling could be applied to any life decisions, political or otherwise.”