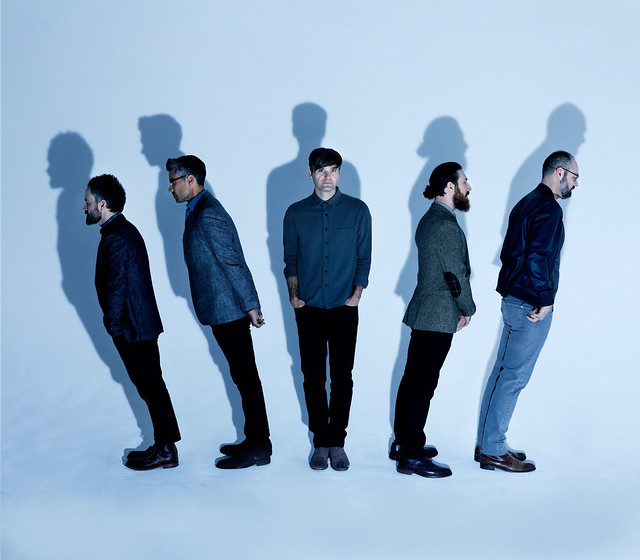 Alternative rockers Death Cab for Cutie released Thank You for Today, their ninth studio album, via Atlantic Records in August. Vocalist Ben Gibbard and company have launched an accompanying tour, and the band performs at The Anthem on Wednesday, Oct. 17.

The lead single from the new album, “Gold Rush,” recently hit #1 on the Adult Alternative Songs airplay chart, marking the band’s fastest ever time to hit the top of that chart. “Gold Rush” was Death Cab for Cutie’s fifth single to reach #1 on that chart also.

“Gold Rush” was greeted with a tremendous response from fans and critics upon its release earlier this year, with Stereogum praising the track as “one of the best Death Cab singles in recent memory,” and NPR saying, “Death Cab for Cutie is back with some pretty great new music.”

Watch the official music video for “Gold Rush” by Death Cab for Cutie on YouTube:

Thank You for Today included the first time for guitarist/keyboardists Dave Depper and Zac Rae to appear on an album with Death Cab for Cutie, which now consists of Ben, Dave, Zac, bassist Nic Harmer, and drummer Jason McGerr.

DIY liked the results of reinvigorating the band’s lineup. In a review, Joe Goggins said, “‘Thank You for Today’ feels like the first opportunity the band have been afforded in a long while to genuinely move forwards. Dave and Zac have officially been ushered into the fold and, no longer shackled by the cool command of [founding member] Chris Walla’s production style, they’ve made some adventurous moves.”