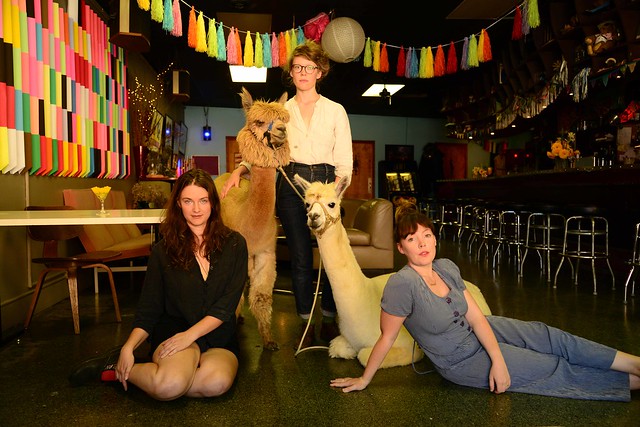 Molly Erin Sarle, Alexandra Sauser-Monnig, and Amelia Randall Meath met as students at Bennington College in Vermont and began singing seriously together in 2009. Should the name “Amanda Meath” sound familiar to you as a lover of indie pop, then you may recall she also is lead singer of genre-smashing duo Sylvan Esso!

Mountain Man released its debut album, Made the Harbor, in 2010, and eventually followed up with Magic Ship after an eight-year hiatus. Watch the official music video for “Rang Tang Ring Toon” by Mountain Man on YouTube:

In a review for Pitchfork, Amanda Wicks welcomed the sense of quiet Mountain Man brings to modern indie folk.

“Magic Ship cuts a path between beauty and meaning. Though Mountain Man’s radiant harmonies are as pretty as they come, there’s still considerable weight to the shiny package. Quiet may seem like an outlier in this noisy present, but Mountain Man understand its power. Their clear-eyed presentation on this welcome return captures ideas of friendship and adulthood, of cherishing a sense of play even as we age,” Amanda wrote.