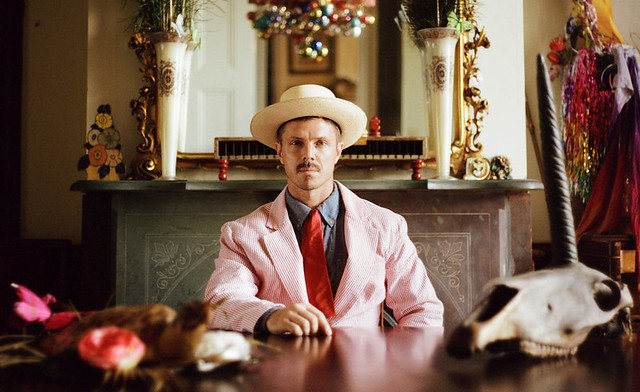 In August, Jake Shears of the Scissor Sisters released his self-titled debut album via Freida Jean Records. He’s rolling on his way to 9:30 Club, where he will perform on Wednesday, Oct. 31.

Talking to Billboard, Jake confessed he went through some rough times personally prior to recording his first album. He moved to Los Angeles and found himself in New Orleans.

“I just feel like I found my voice again,” Jake said. “The journey from where I was at — which was a pretty low point in my life — to getting to this moment and finishing this thing that I am so intensely proud of, it trips me out to think about it.”

Watch the official music video for “Creep City” by Jake Shears on YouTube:

“Jake Shears is a breeze, with members of My Morning Jacket and the Preservation Hall Jazz Band gathering to lay down the tracks in single takes. The result is pretty irresistible, as long as you’re not looking for authenticity, and if you don’t mind vocals that sound like a honky-tonk take on jazz hands deployed in the service of lyrics like ‘Cuz baby I love you/More than the trash can.’ (And that’s a rave, not a read; for Shears, nothing succeeds like excess.),” Jesse wrote.