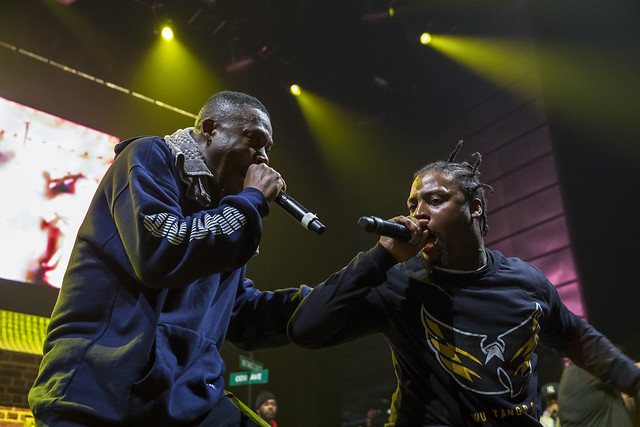 Wu-Tang Clan performs at The Anthem on Nov. 1. (Photo by Will Colbert)

Over two decades ago, a New York rap crew delivered a roundhouse kick that would forever change hip hop. The emcees of Wu-Tang Clan melded their unique rhyme styles with gritty beats, lo-fi production, and kung-fu metaphors to create their debut album Enter The Wu-Tang (36 Chambers). The Wu struck again recently. The RZA, the GZA, Young Dirty Bastard, Inspectah Deck, Raekwon the Chef, U-God, Ghostface Killah, Masta Killa, Method Man, Mathematics, and Cappadonna were at DC’s The Anthem on Nov. 1 to celebrate the 25th anniversary of the iconic album.

If my 17-year-old self could’ve seen me standing less than a yard from my hip-hop heroes at The Anthem, his mind would have been blown. I was a knuckleheaded teen with headphones as extensions to my ear canals. These were the emcees whose lyrics I studied as if they were part of my school’s curriculum. Last week, I reconnected with that former self and other hip-hop fiends.

The packed house erupted when Wu mastermind RZA stomped onto the stage rhyming to “Bring da Ruckus.” The rapper/producer announced that the group was going to perform the entire 36 Chambers album from beginning to end. They would tackle each song in the same order as the album’s tracklist. I would know. I literally wore out the cassette shortly after its 1993 release. The words may have rubbed off the plastic casing, but the song order is forever burned in my memory.

Stream Enter The Wu-Tang (36 Chambers) by the Wu-Tang Clan on Spotify:

The origin story of the Wu-Tang is one of the universe conspiring in the name of hip-hop. The RZA had the vision. He assembled a group of Staten Island and Brooklyn battle emcees into a collective unit. Hip-hop’s Avengers. The razor-sharp rapper had a proposition for the ragtag group. If they gave him a hundred dollars apiece for studio time, he would forever change their lives.

During the show, the crew took a detour from 36 Chambers to let Cappadonna shine on “Winter Warz,” off Ghostface Killah’s 1996 solo album Ironman. Cappadonna was serving time in the infamous Rikers Island prison during the creation of 36 Chambers. The Wu’s 10th member was released in time to contribute to Raekwon’s 1995 solo album Only Built for Cuban Linx, but he is most remembered for the fire he delivers on “Winter Warz.”

On the screen above the stage, the raw aesthetics of the 36 Chambers album translated well in film form. The group performed while playing music videos for “Method Man,” “Da Mystery of Chessboxin’,” and “C.R.E.A.M.” These were the short clips of mind candy that I would rush home to watch on BET’s Rap City in the mid-90s.

When the video for “Da Mystery of Chessboxin’” showed a wild-eyed emcee with braids protruding from the top of his head like antennas, I was reminded of a missing Wu member. The outrageous figure was Old Dirty Bastard. Sadly, the group lost ODB to a drug overdose in 2004. Yet, the bigger than life personality was present during the show. In spirit, as well as in the flesh. ODB’s son, the Young Dirty Bastard, rhymed his father’s verses from 36 Chambers. He also performed his dad’s classic cut “Shimmy Shimmy Ya,” from ODB’s debut album, Return to the 36 Chambers: The Dirty Version (1995). If you closed your eyes for a moment during YDB’s performance you’d swear Old Dirty was back. As if heaven couldn’t keep him from performing on that momentous night.

The last song that the group performed from their debut album was their first single, “Protect Ya Neck.” The song was hard-hitting when it was released — and in 2018, it was still as raw as it gets. No hook. No chorus. Nine emcees showcasing their individual styles on an adrenaline track.

The Wu-Tang Clan spent the second half of the show performing hits from their solo efforts. Included was “Ice Cream,” the posse cut off Raekwon’s Only Built for Cuban Linx; Method Man’s “Bring the Pain” from Tical (1994); and “Dual of the Iron Mic” off GZA’s Liquid Swords album (1995).

It should be noted that the way the group parlayed their successful debut album into options for multiple solo projects, on different record labels, was unheard of at the time. This set the Clan on a path that would revolutionize the business side of hip-hop.

On the 36 Chambers album intermission for “Can It Be All So Simple,” a reporter asked the group their ultimate music industry goal. Raekwon, Method Man, and Ghostface Killah’s responses can be summed up in one word: longevity. “We ain’t tryin’ to hop in and hop out right quick,” said Ghostface.

Twenty-five years later, the Wu is still filling concert venues and fans, new and old, still know every lyric from the songs on their debut album. Seventeen-year-old me is hardly recognizable to today me, but there is one thing that we still have in common: Wu-Tang!

Here are some photos of Wu-Tang Clan performing at The Anthem on Nov. 1, 2018. All photos copyright and courtesy of Will Colbert. 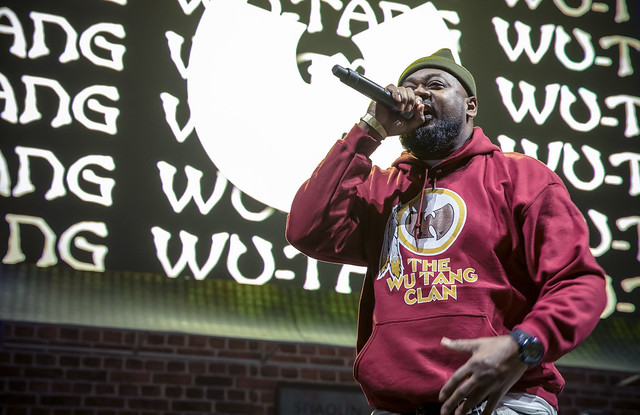 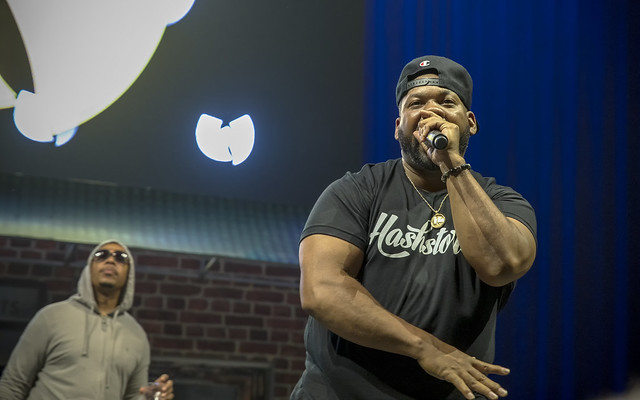 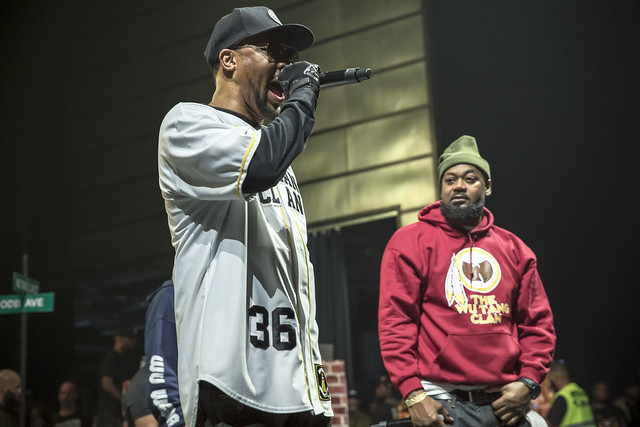 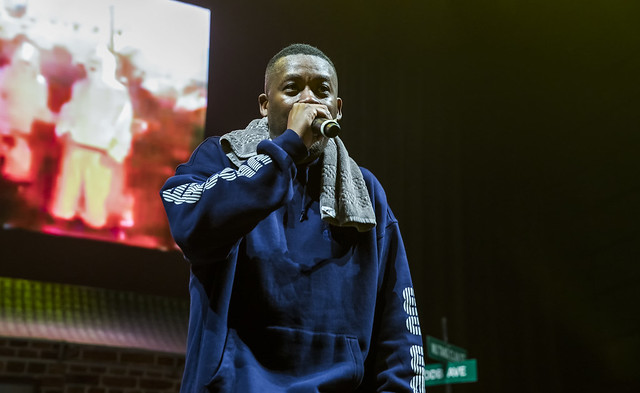 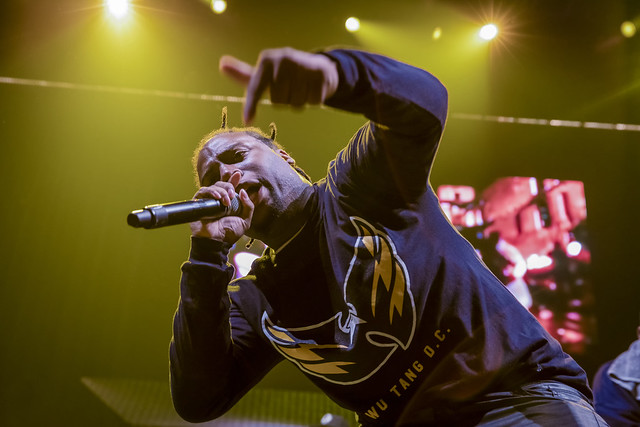 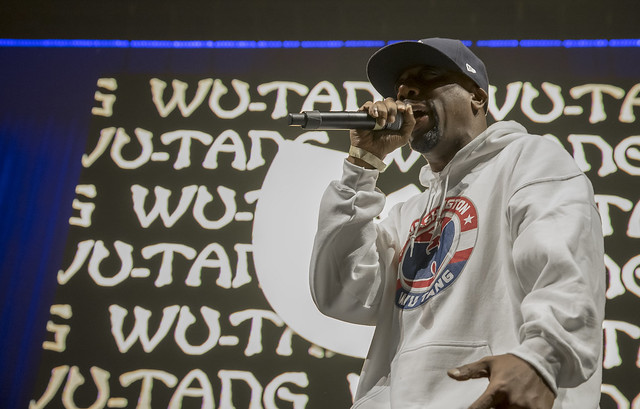 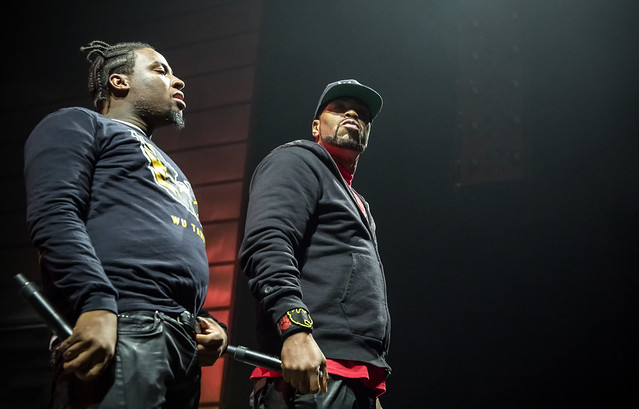 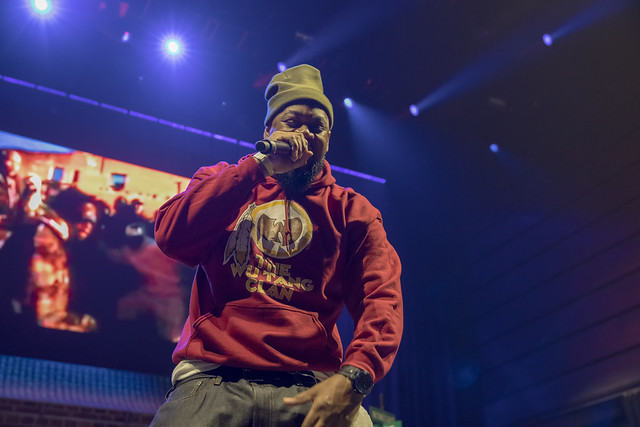 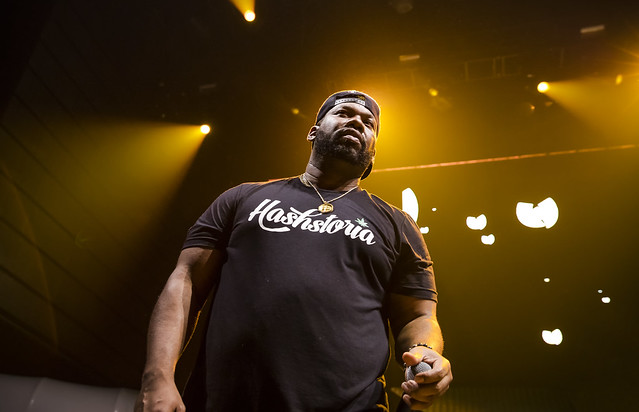 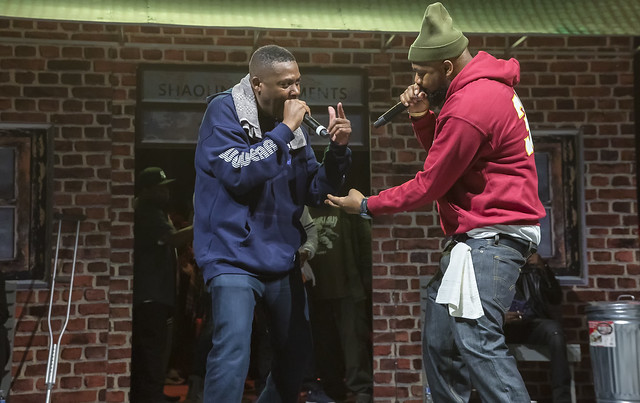 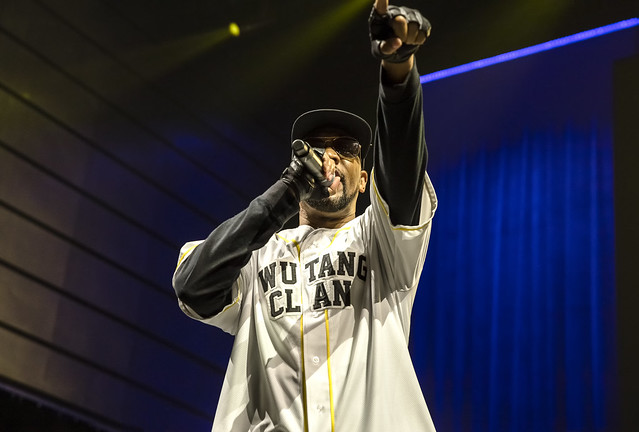 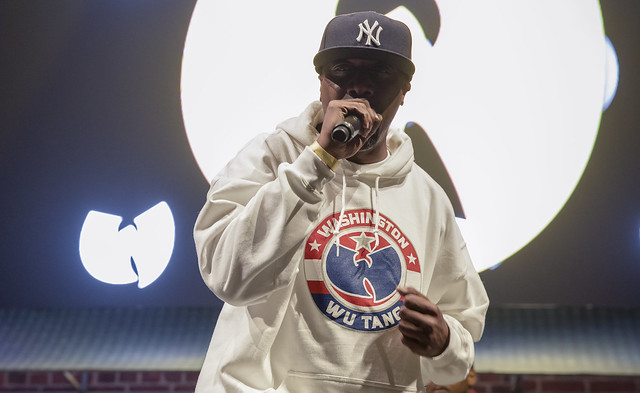 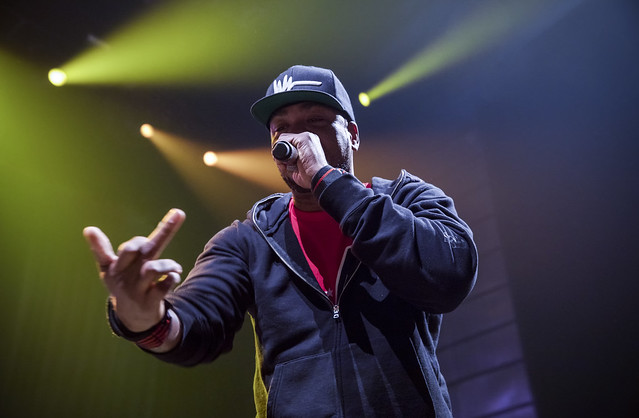