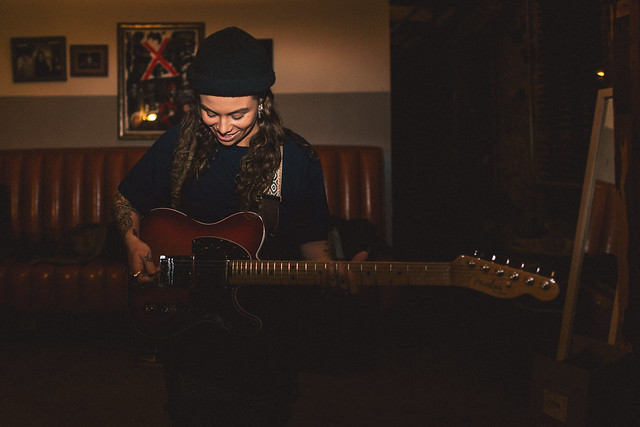 Multi-instrumentalist Tash Sultana released Flow State, her debut album, in August via Mom + Pop Music. And she’s already aiming big with a show at The Anthem on Wednesday, Nov. 21!

On the album, Tash plays more than a dozen instruments throughout Flow State, including saxophone, pan flute, grand piano, and guitar. To add to her accomplishments, Tash wrote, performed, and produced all of the songs on Flow State herself.

The full-length album follows up Tash’s breakout EP, Notion, which amassed more 200 million global streams to date. She sold out every single date on her first ever US tour before ever setting foot in the country, returning just a few months later for another completely sold-out tour where Tash headlined big theaters. She launched her latest US tour on Nov. 7.

Watch the official music video for “Free Mind” by Tash Sultana on YouTube:

In a review for Consequence of Sound, Ryan Bray praises Tash Sultana’s versatility.

“Having steadily built up a grassroots fan base, we finally have a record that lives up to all the promise and hype. Sultana has crafted a soulful, eclectic, and moodily evocative debut effort that cross-pollinates styles as varied as reggae, R&B, calypso, and Joe Satriani-esque guitar heroism, making for something that’s both accessible and truly their own,” Ryan wrote.