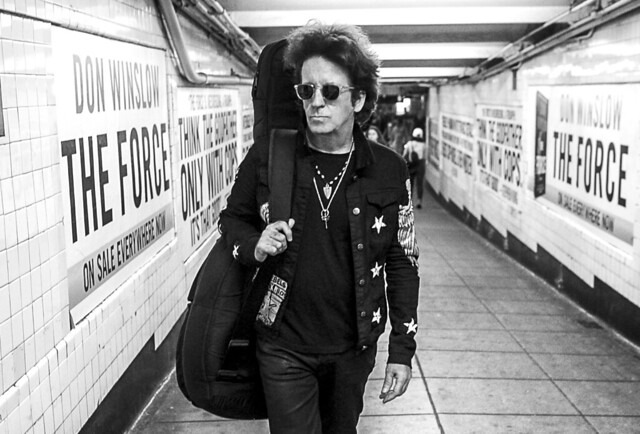 Willie wrote songs like “Getting Ugly Out There” to address his feelings about the world around him today. “That was my reaction to the ugliness around the world that’s on TV 24 hours a day. It’s so utterly disheartening to people of good will everywhere, and there comes a time to stand up and fight back,” he said.

“Writing these songs was my way of doing that. There are plenty of decent people everywhere, but with all the lies and distortions told by so many in power it gets confusing and it’s hard to know who to believe and which end is up. But I believe in the basic goodness of most people, and that’s where these songs come from,” he added.

Listen to “Getting Ugly Out There” by Willie Nile on YouTube:

“His timely depictions of the human condition, fueled by the never-say-die rock revolution, hit the sweet spot on lots of levels,” said Kiley Armstrong of Willie Nile for the Associated Press.

Kiley added, “Touches of whimsy and tender love songs buffer the uppercuts. But Nile can’t stay out of the fray for long. He grapples with greed; environmental destruction; homelessness. The title cut references a destitute boy planning a border crossing.”