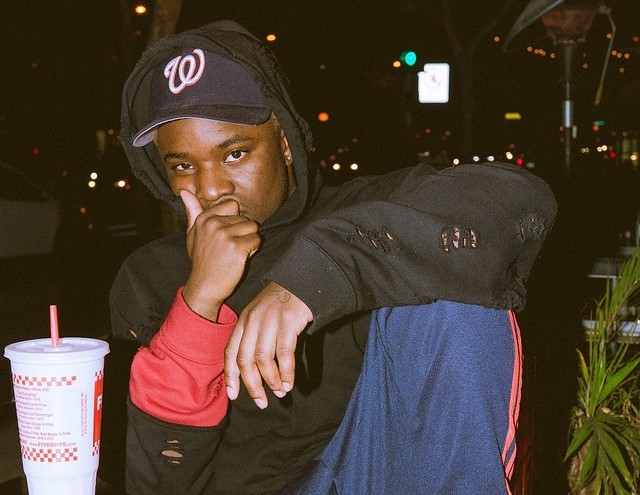 Born in Baltimore and raised in Prince George’s County as Jason Mills, IDK released well-received mixtapes in 2014, 2015, and 2016 before recording his first album.

In an interview with Noisey last month, IDK reflected on recording the album in Prince George’s and DC and reliving his younger years in a 15-minute concept film for the album.

“I literally put myself in the same place I was when I started making the album. I went around to some of my old friend’s neighborhood and asked them questions about how was back then. They told me some stories I even forgot I did. So, when it was time to record the album, it just came. That’s one of my strong points. I’m able to relive things from the past — even live through other people through my music, sometimes. Doing it on-camera wasn’t difficult, either. It was just a matter of putting myself in that mindset again,” IDK said.

He added, “I wanted to correlate the similarities between PG County and DC. Everybody knows PG County has bad neighborhoods, but growing up, there were a lot of suburban kids who acted like they were from DC. So, I recreated that whole tension with this visual.”

Watch the official video for “IWasVeryBad” (Season 1), the soundtrack of IDK’s life in Prince George’s County, on YouTube:

In a review for the Washington City Paper, Chris Kelly hears echoes of IDK’s influences on his debut album but also an irresistible creativity.

“Overall, IDK and his producers have crafted a sonically expansive record that sits nicely on the rap landscape while offering something personal. Like other middle class rap stars, from Kanye to Cole to Drake, IDK’s need to be taken seriously — on both his tracks and in the streets — keeps his creative fires burning. On IWASVERYBAD, that motivated him to take a familiar concept and make it his own, on his terms,” Chris wrote.