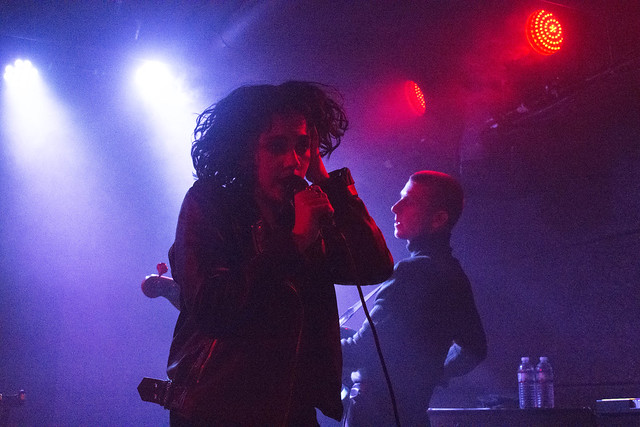 Heather Baron-Gracie swayed onto stage from the opening notes of “Television Romance” by her band Pale Waves, presenting a vision of a modern pop songstress lightly flavored in a vaguely goth trapping.

Reading of Heather and her bandmates in the music press, you might get a dose of “goth pop” but in practice, the band proved to be a very polished power pop act with emo leanings. With “Television Romance,” Heather sings of a love that’s not meant to be — it’s not a tryst with a Hollywood ending — and it’s a song from Pale Waves’ debut album, My Mind Makes Noises, released in September via Dirty Hit/Interscope Records.

“Television Romance” would fit very well alongside the poppiest side of The Cure, but that’s where the similarity to that particular influence ends. Heather’s plaintive voice would be very much at home in an ‘80s girl group like The Bangles, but her versatility would adapt her very well to being a ’90s alt-girl with a guitar a la Avril Lavigne (or perhaps a more intellectual version thereof).

That said, there was something very wave about watching Heather dance around next to stoic guitarist Hugo Silvani, a totem of electric cool who seems like he would be very much at home in a more muscular post-punk outfit. Behind them, Ciara Doran, adorned in a similar aesthetic as Heather, drummed away in a spirited rumble that seemed to float atop the music rather than burrow itself into it.

Stream My Mind Makes Noises by Pale Waves on Spotify:

While “Television Romance” was surely a number for dancing, the slower “Eighteen,” which followed, was a somber reflection of feeling alive or in love for the first time with a taste of the freedom that comes from coming into your own feelings. Bassist Charlie Wood anchored the show from stage right, providing the steady pulse that characterizes the music of Pale Waves with a persistent inviting beat.

In addition to selections from their first full-length album, Pale Waves performed songs from an initial EP, All the Things I Never Said, published in February. The four songs of the EP peppered the set, with “My Obsession” kicking off the encore. While its haunting vocal and lines like “I’ll die by your side if you want me to” suggested an early interest in tragic circumstance, I don’t think that’s where Pale Waves will go in their future songs. Their melodies are too resplendent and their curiosity too prominent for them to simply relax into that “goth pop” groove.

Here are some grainy pictures of Pale Waves performing in a darkened U Street Music Hall on Nov. 10, 2018. Looking at YouTube, many of their other performances have been much better lit, which suits such a photogenic young band. We hope to see them again soon in the light! 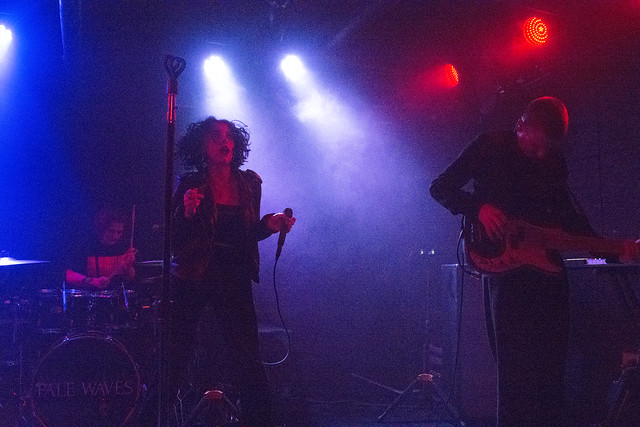 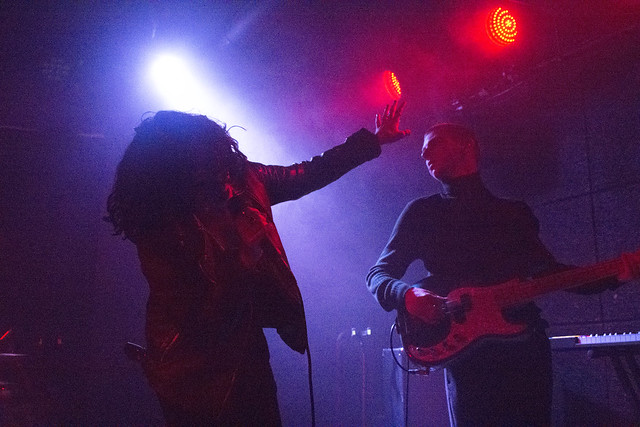 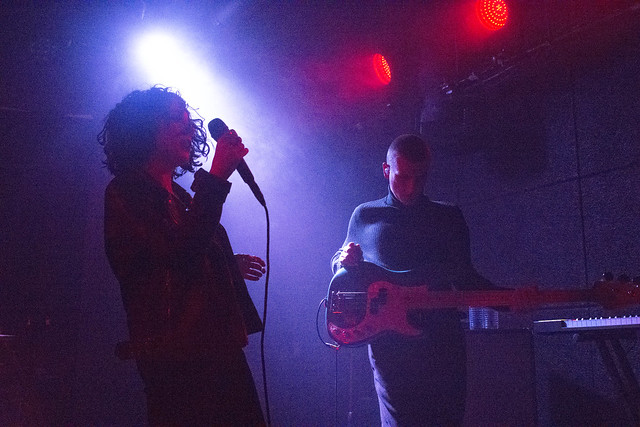 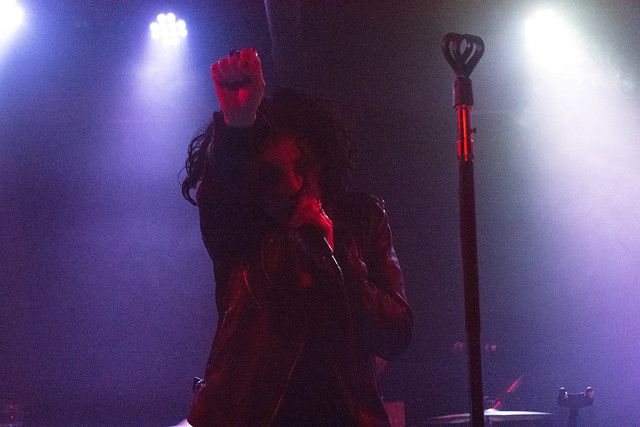 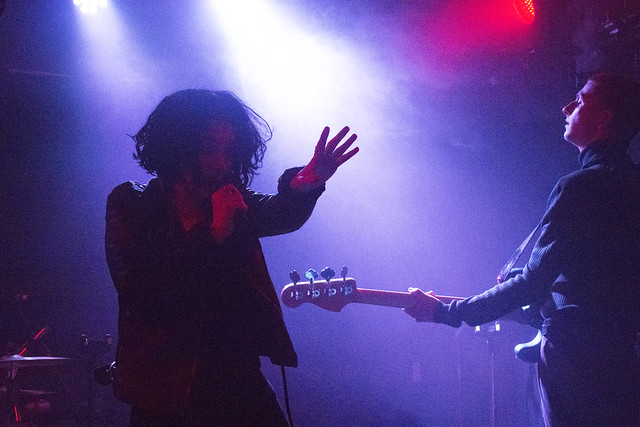 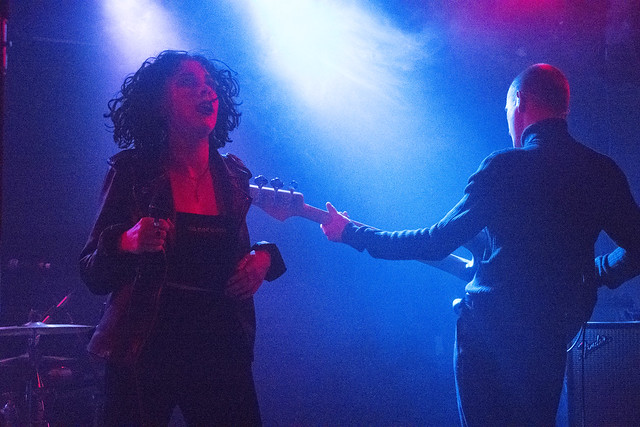 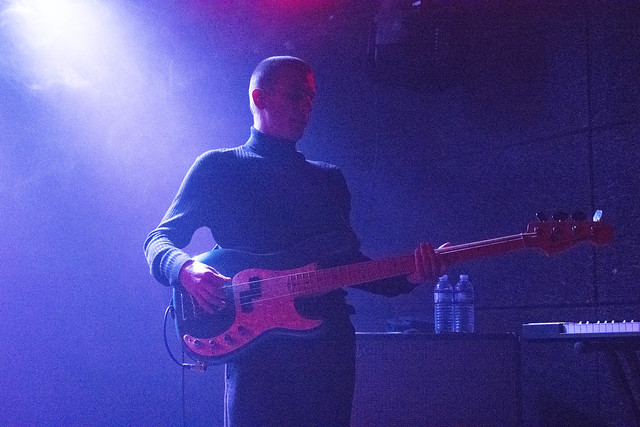 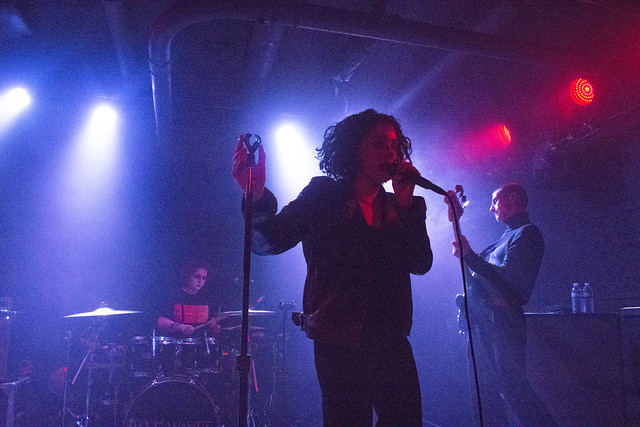