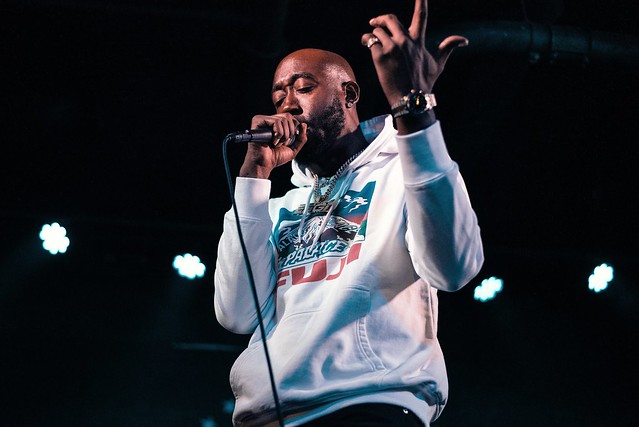 Pressure makes diamonds — and as far as hip-hop goes, Freddie Gibbs is a cut above the rest. The versatile emcee dug deep into his discography during a recent performance at DC’s U Street Music Hall. The Gary, Indiana rhymer’s performance catered to both his gangster rap fans and underground hip-hop aficionados.

Freddie stepped onto the dark stage crooning the chorus to “Now & Later Gators” like a young Teddy Pendergrass on Nov. 27. The song appears on Freddie’s collaborative album with accomplished beatmaker The Alchemist and New Orleans rapper Curren$y. The nine-track EP, titled Fetti (2018), dropped on Oct. 31.

As lights illuminated the stage the lean emcee — going by Gangster Gibbs on this night — asked the crowd if they wanted to hear his new material or past hits. “I’m going to do all that shit,” Freddie said to the cheering fans.

Freddie’s performance of “Eastside Moonwalker,” from ESGN (2013), gave a nod to the harsh realities of his hometown and another famous moonwalker from Gary — The Jacksons were reared in the blue-collar midwest city. Michael Jackson’s time in Gary occurred when steel was king. Today, the city is part of the rust belt where unemployment, decaying infrastructure, and substandard education reigns. Freddie is a product of a city that took the dubious title of murder capital in the ’90s, a reality reflected in his rhymes.

“Church and the liquor store crowded. 911 is a joke don’t dial it,” Freddie rapped on the first verse of “BFK,” from his 2012 critically acclaimed Baby Face Killa album. Freddie gave a clinic on breath control when he rattled off a capella rhymes from “Still Livin’,” also from Baby Face Killa.

During the show, the baritone rapper would punctuate many of his rhymes by spitting bars sans beats in a distinctively midwest fashion. The chopper-style of rhyming where words are flipped in rapid-fire succession originated with emcees like Twista out of Chicago, Cleveland’s Bone Thugs-n-Harmony, and Tech N9ne from Kansas City. Freddie’s use of the tricky verbal tempo demonstrated his versatility as an emcee.

While on stage, Freddie made it clear that he had no love for the police. The rapper, with the full back tattoo of Black Panther Huey P. Newton sitting on a wicker throne, has countless reasons to distrust the authorities.

On June 4, 2016, Freddie was arrested before his performance at Le Rex in Toulouse, France. The charges were for an alleged rape of two women the prior year in Austria. Freddie was exonerated of all charges, but it took three months before he could get his day in court. He spent over 90 days locked up in Austria, where he shared penitentiary space with swastika tattooed criminals and contemptuous prison guards. Freddie recounted the ordeal on “Home Sick” from his 2017 album, You Only Live 2wice.

The stage lights bounced off the shirtless rapper’s ESGN medallion as he performed “20 Karat Jesus.” ESGN, which stands for Evil Seeds Grow Naturally, is Freddie’s independent record label. The company is part of the budding mogul’s business empire that includes merchandising and his own strain of medical marijuana (Freddie Kane OG).

Freddie paid homage to midwest rap pioneers Bone Thugs-n-Harmony on “Thuggin.” He rhymed, “We’re not against rap, but we’re against those thugs.” The words, originally sampled from a Pastor Calvin O. Butts III sermon, were used by Bone Thugs on their debut single “Thuggish Ruggish Bone.”

Gangster Gibbs traded in Madlib’s eclectic synth for bone-rattling bass and trap hi-hats on “Triple Threat.” The song is from his 2018 mixtape titled Freddie. Other songs performed from the album included, “Automatic,” “Weight,” “2 Legit,” and “Toe Tag.”

Freddie Gibbs recreated ‘70s soul singer Teddy Pendergrass’s self-titled album cover art for Freddie. The stories of female undergarments being launched at Teddy Pendergrass during his 1980s performances are legendary. Midway through Freddie’s performance, a black and pink bra landed at the rapper’s feet. Apparently, the invocation worked. “DC, this is how you feel?” Freddie amusingly asked the audience.

Supporting artist G Perico returned to the stage for “Death Row.” The west coast rapper crip walked while Freddie rhymed over the beat reminiscent of Eazy E’s “Boyz-n-the-Hood.” The performance can summarize the Midwest’s unofficial street poets show. In the words of Tupac, it was nothin’ but a gangsta party.

Here are some photos of Freddie Gibbs performing at U Street Music Hall on Nov. 27, 2018. All photos copyright and courtesy of Victoria Ford/Sneakshot Photography. Find more of her work at www.sneakshot.net. 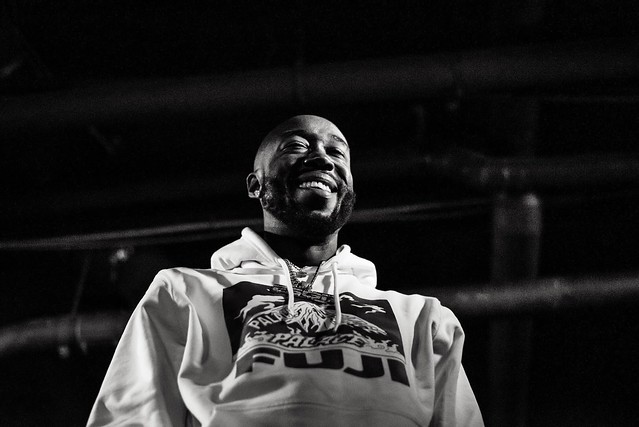 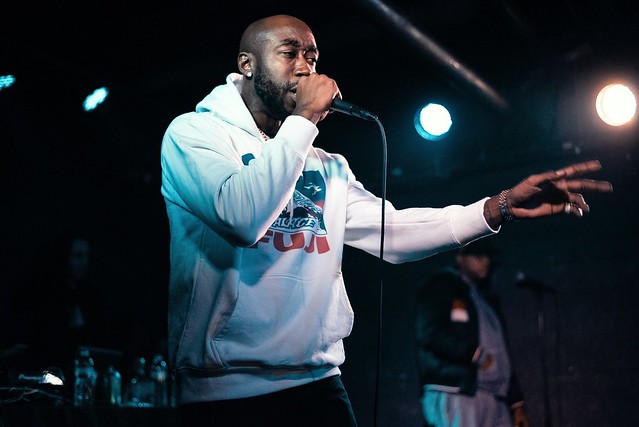 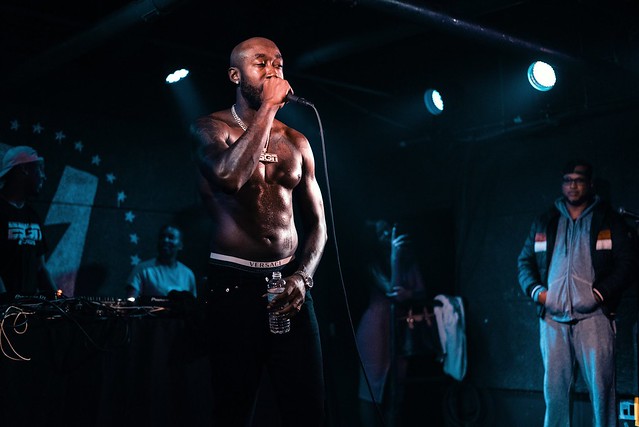