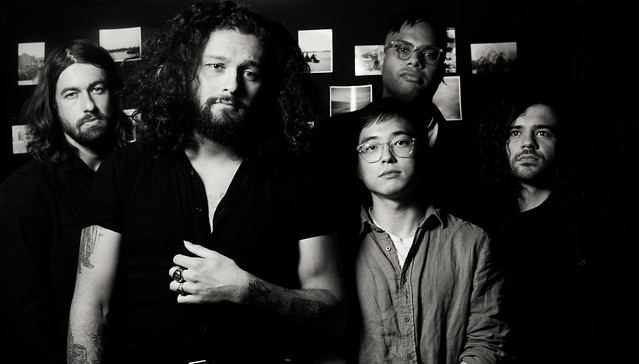 Australian indie rockers Gang of Youths recently released a new live album, MTV Unplugged (Live in Melbourne) with a special vinyl edition coming to the United States on Dec. 21. Before that, however, you can actually see Gang of Youths live at 9:30 Club on Monday, Dec. 10!

After a record breaking Australian tour, selling over 50,000 tickets, Gang Of Youths have hit U.S. shores, kicking off their tour in Nashville and coming to 9:30 Club soon.

MTV Australia recently produced all-new episodes of the Grammy and Emmy award-winning series MTV Unplugged, which featured Gang Of Youths as its first featured artist. Filmed in front of a live audience at Melbourne’s Cobblestone Pavilion at Meat Market, the band performed stripped-back versions of songs from their latest album, 2017’s Go Farther in Lightness.

Watch Gang of Youths perform “Fear and Trembling” for MTV Unplugged Live in Melbourne on YouTube:

Describing Gang of Youths in Rolling Stone, David Fricke observed, “In stormy guitar anthems with spiritual-crisis titles such as ‘Fear and Trembling,’ ‘The Heart Is a Muscle,’ and ‘Say Yes to Life,’ singer-guitarist-songwriter David Le’aupepe pounds his chest with a fist, over the heart, physically illustrating the persistent, affirmative force in his lyrics and warrior-soul vocals. He also spreads his arms as if trying to embrace everyone in the sold-out crowd and points to specific faces like he is singing only to them.”

Give David a chance to sing to you! Buy your tickets online.