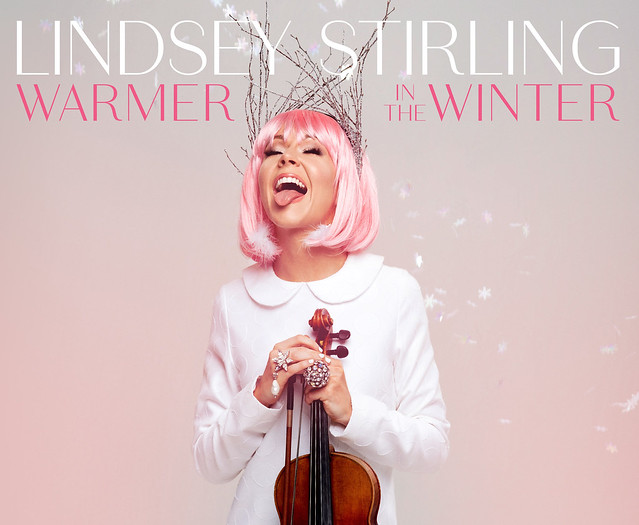 In 2017, electronic violinist Lindsey Stirling released Warmer in the Winter, her first holiday album, via Lindseystomp Music/Concord Records. This year, Lindsey followed that up with a deluxe edition of the album with five new songs. Once again, Lindsey has embarked on The Wanderland Tour over the holidays, and she performs at The Anthem on Friday, Dec. 14.

On tour, Lindsey will arrive at The Anthem with a splashy production with elaborate holiday themes as well as her signature brand of dance routines and on-stage visuals. Warmer in the Winter features traditional Christmas songs like “Angels We Have Heard on High” and “I Saw Three Ships,” fun classic singalongs like “Jingle Bell Rock” and “Let It Snow,” and originals like “Christmas C’mon” and “Warmer in the Winter.”

Warmer in the Winter was the fourth album by Lindsey Stirling, following her 2012 self-titled debut, which included the viral hit “Crystallize” and reached #1 on Billboard’s Dance/Electronic Chart and Classical Album Chart.

In 2014, Lindsey released her sophomore album Shatter Me which debuted at #2 on Billboard’s Top 200 album chart and has sold over a quarter million copies in the United States. The album includes a collaboration with Halestorm lead singer Lzzy Hale on her smash single “Shatter Me.” In 2016, Lindsey dropped her third album, Brave Enough, which debuted in the Billboard Top 5.

This bright little powerhouse is sure to bring a smile to your face and holiday cheer to your spirit. Buy your tickets online.