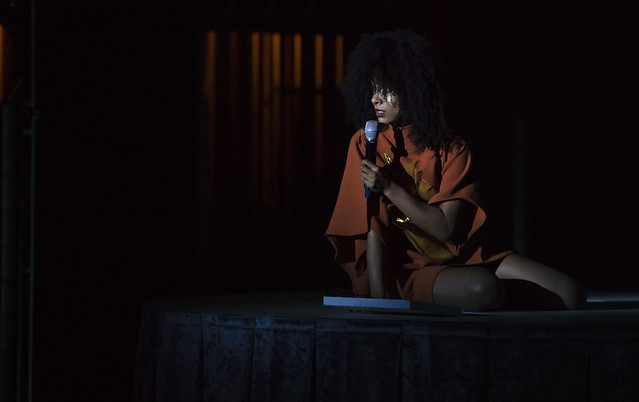 Esperanza Spalding performs at the Lincoln Theatre on Dec. 1, 2018. (Photo by Will Colbert)

On Dec. 1, the show was unlike any I’ve attended at the historic theatre. A moon-shaped orb hung over a circular dais. The ethereal smoke hovered above the draped platform, creating an air of mysticism. The set design and dramatic stage lighting befitted a theatrical performance.

The theatre went dark as the soft words of the night’s enchantress were heard and Esperanza slowly materialized from the strengthening stage lights and smoke. She appeared on the platform with her head down and eyes closed as she conjured her magic. Situated to the right of the stage, the band played the orchestral-like intro for the first spell of the night with album title track, “12 Little Spells.”

12 Little Spells is what magic realism would sound like if set to music. The album’s songs, each about a different body part, were performed in nearly the same order as the playbill handed to show-goers as they entered the theatre. The orb above the stage turned into a watchful eye while Esperanza performed “Til’ the Next Full.” The ode to the optic organ was beautifully hypnotizing.

The gaze of the audience stayed transfixed on Esperanza as she gently circled the platform, but she activated their hips while performing “Thang.” The bluesy tune offered a gradual build-up with a Sunday morning organ to bring the gospel home.

Esperanza was in character as she cast her spells. She stretched her limbs and arched her back while embodying each song’s lyrics. The emotive songstress laid on the platform as she sung “Touch in Mine.” It was as if she was overcome with the sensation and needed to channel the energy to her audience.

Watch the official video for “Touch in Mine” by Esperanza Spalding on YouTube:

Esperanza took a detour from the 12 Little Spells format after her performance of “With Others.” She joined her bandmates below the circular platform for a tribute to Wayne Shorter. The saxophonist and composer became a Kennedy Center Honoree on Dec. 2. Esperanza performed a few additional songs, including “Little Fly,” from the 2010 Chamber Music Society album, before getting back into character for the last song of the night.

The 12th and final spell evoked Esperanza’s magic to get the audience on their dancing feet. “You Have to Dance” inspired everyone to prance in the aisles. On the song, and throughout her performance, Esperanza reminded the audience that “you can never be too magical.”

Here are 12 photos of magical Esperanza Spalding performing at The Lincoln Theatre on Dec. 1, 2018. All photos copyright and courtesy of Will Colbert. 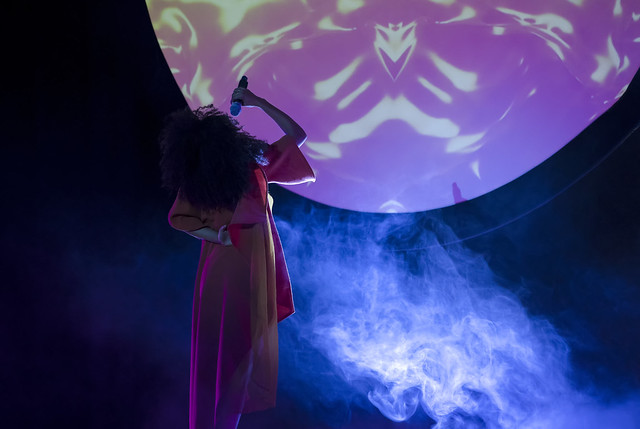 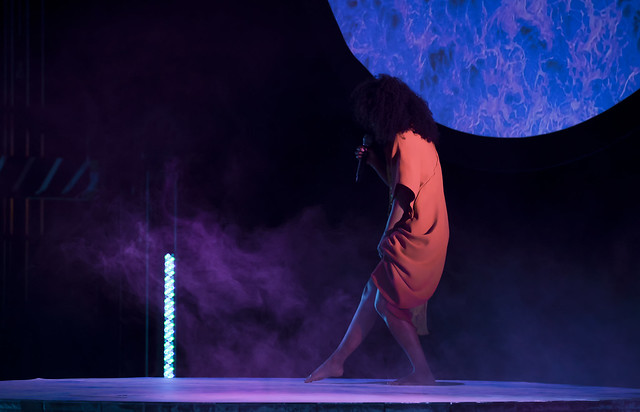 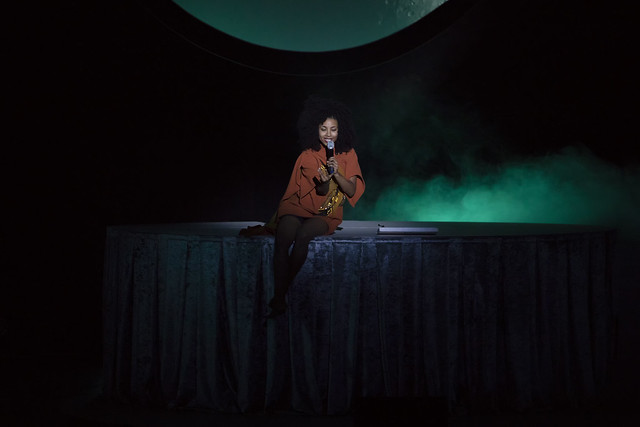 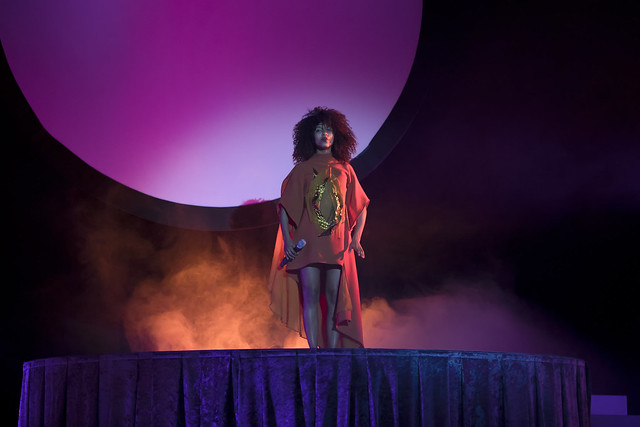 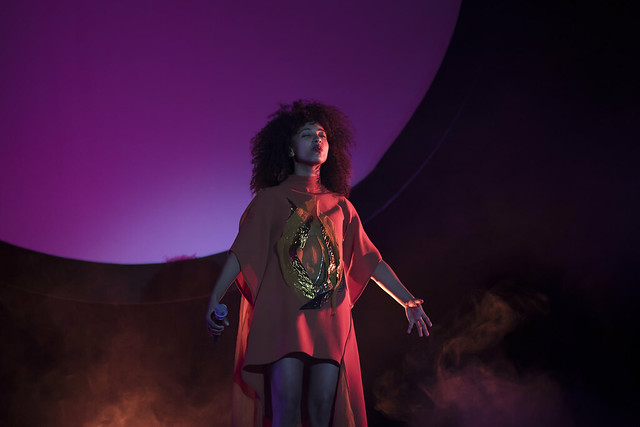 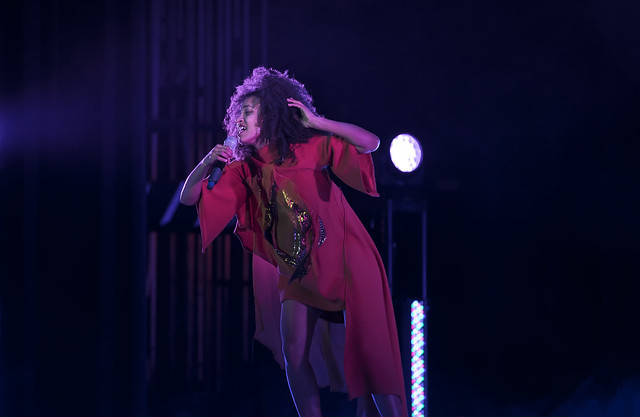 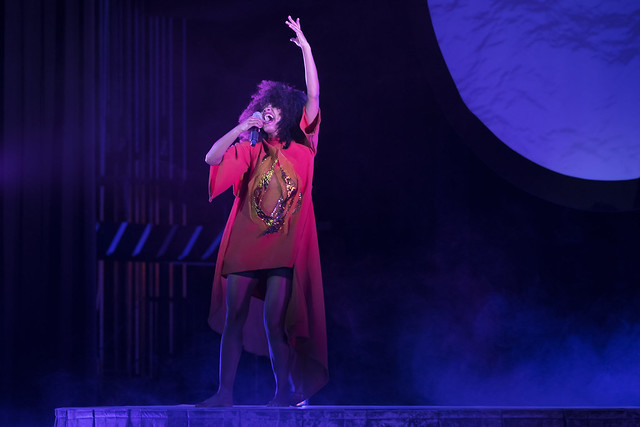 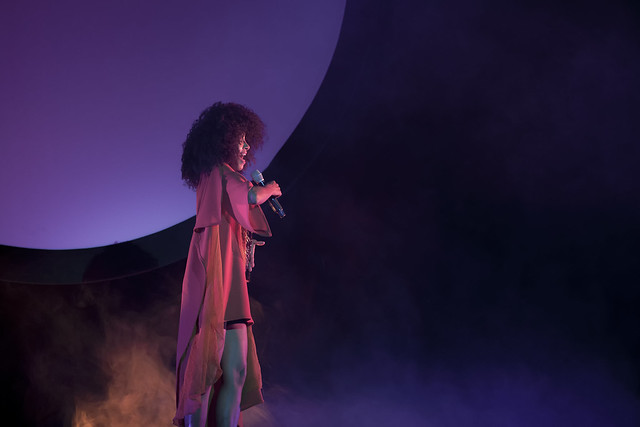 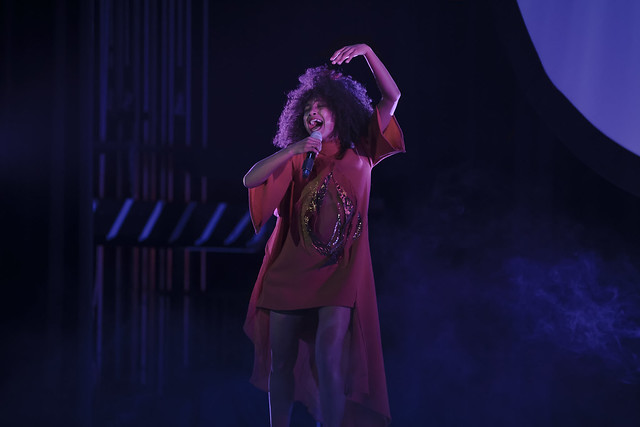 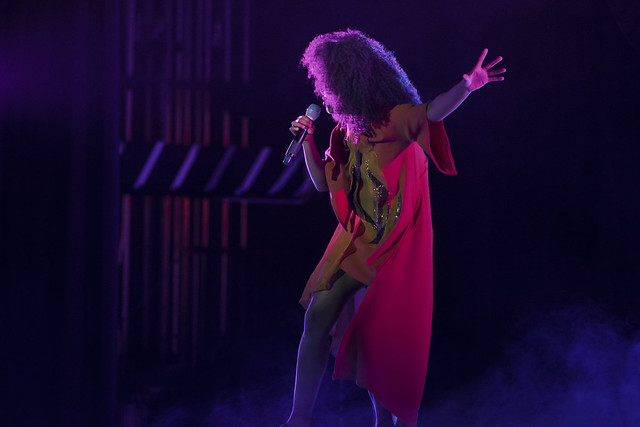 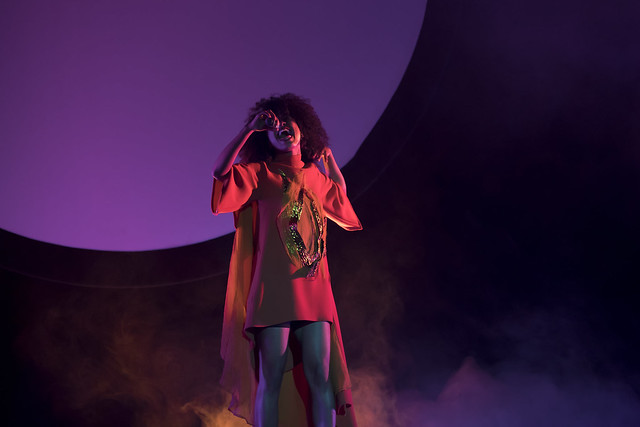 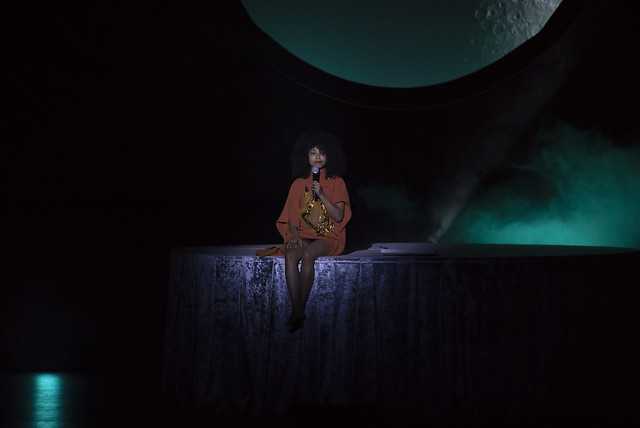